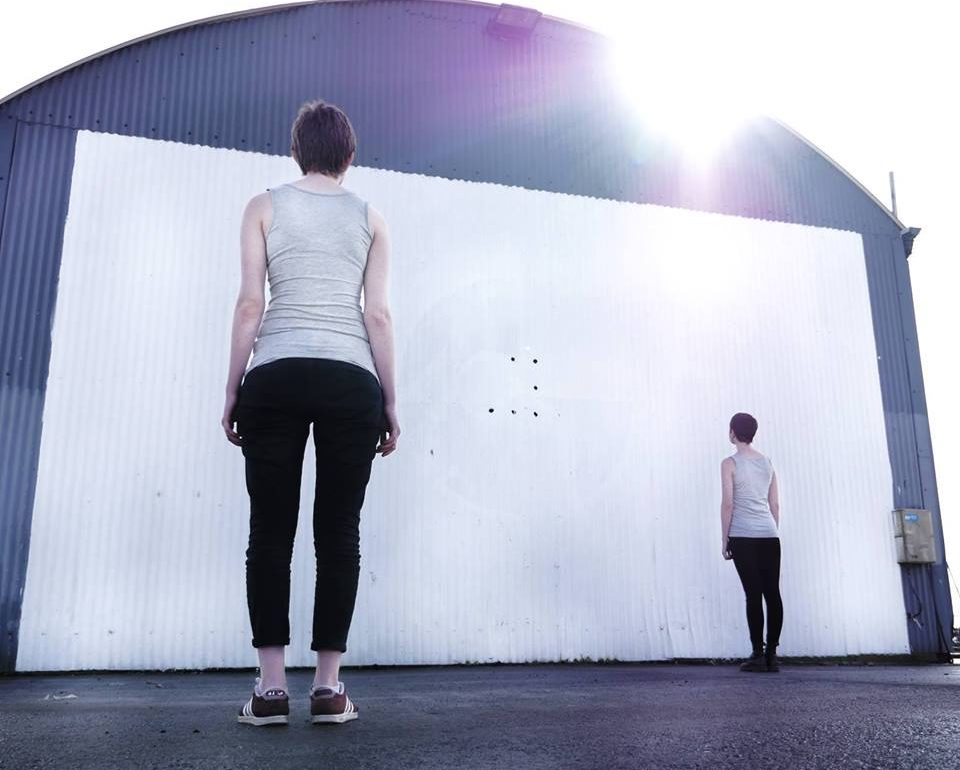 The brand new WestWorks Theatre Company chose all things unconventional for their first production, Sarah Kane’s 4.48 Psychosis. As well as choosing for their venue, not a traditional seated theatre space, but 126 Gallery, the play itself was written almost formlessly, almost as a spoken word poem, without stage directions or even a character list. The total freedom to design and perform this harrowing piece has given this young theatre company space to invent themselves. Kieron A Smith’s careful direction here shows the bravery and ambition with which WestWorks will hopefully continue.

Famously or infamously, this play chronicles a mind in despair and depression, written by Kane in 1999 just days before she committed suicide. Critics have often found it hard to disassociate the searing pain of her written words from the well known tragedy of the end of her life. However, in this production Anna Doyle and Aoife Delaney split the hard task of performing hopelessness, anger, self-hatred and sadness to present an even and calculated portrait of depression. Their chemistry is dynamic and palpable as they weave together on the dirt floor of the gallery space, shouting, howling, retching, scraping and beating at the white walls smeared with soil to escape the prison cell of the gallery space. Doyle and Delaney are 1st Year students in NUI Galway’s drama program and their youth is hard to ignore. They show definite skill and resilience in their ability to speak and move together as one. However, the piece is obviously physically and mentally challenging for them and at times slips into a kind of angst-ridden, teenage strop. Kane’s occasional dark comedy often is overwhelmed by Doyle and Delaney’s well-rehearsed howling and glaring at the audience, almost daring you not to take them seriously as they sulk in their monochrome tracksuits.

126 Gallery provides the perfectly desolate canvas for this experience but boasts few comforts as a kind of warehouse-esque space without seating. Although the audience is invited to move through the space during the performance, as Aoife Delaney burst into speech with the first accusing line “But you have friends!” the group remained perplexed and still. The discomfort is at once unsettling and effective. It would not do to sit back and relax, listening to the excruciating account of mental illness like a bedtime story. This play is meant to be viscerally and invasively felt. As the two women move through the wide room, often 20 feet apart and frequently speaking over each other, it is clear the power rests with the audience to choose their point of focus. Smith has designed the experience of the audience to be “decentralised”, in his own words. The actors attack their surroundings and themselves as they smear the walls with dirt under eerie fluorescent lighting, elegantly designed by Matt Burke, and the continuous, atmospheric score by David McEntee subtly fills the room without demanding attention at any point.

All elements of the production weave together but stand alone, so that the attention can meander throughout the room. As the curtainless windows above the performance space fade from day into twilight, the end of the play leaves you feeling as though it could in fact be 4:48 in the morning: you are exhausted and wide awake all at once. WestWorks gave themselves a difficult task in presenting such a disturbing and formally odd play as a new company, but their determination and commitment to create meaningful, socially conscious theatre is undeniable and exciting.