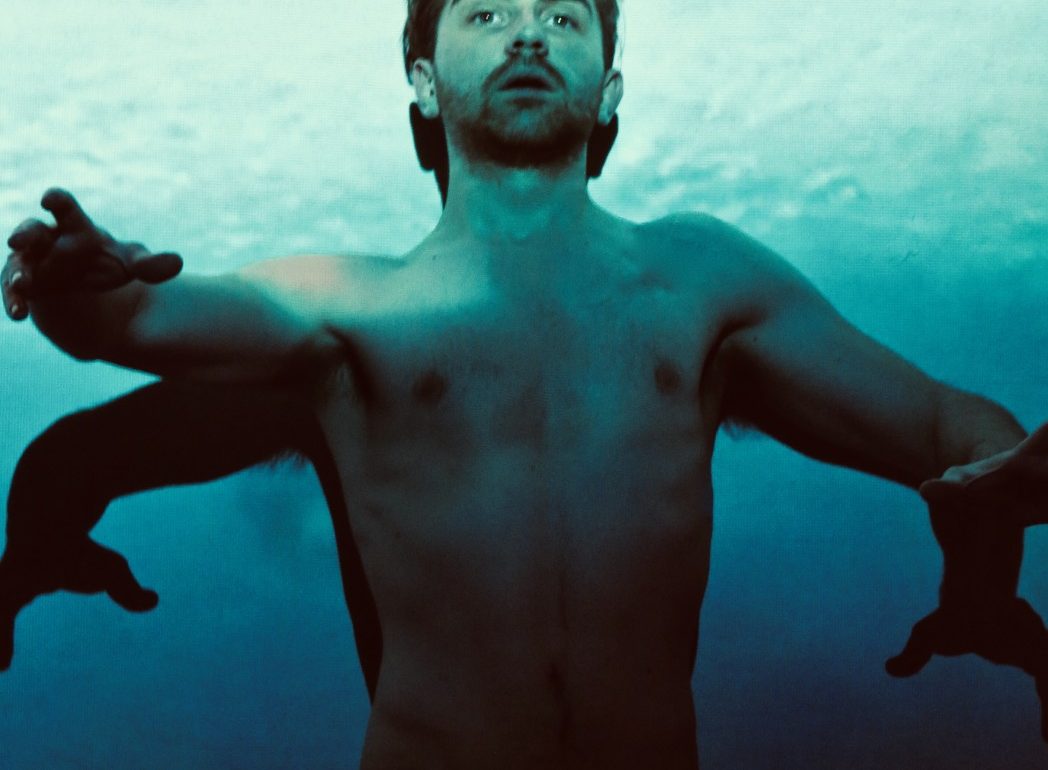 
Being judged. Being worthwhile. Being valuable. Being loved. And what does it all amount to? In its 55 minutes, Arbitration, performed by Jérémie Cyr-Cooke and written by Niall Carmody under the banner of Brick Wall Theatre, raises some intense themes. With these questions being posed by physical movement and bouts of explosive monologue, answers are not readily found. But it is in the process of finding the question itself that Arbitration finds its flow. A show of consummate skill by all involved, it focuses more on the process than the result, and elevates experimentation over narrative. While there is an overarching thread to follow, the end result is not what matters here – it the route by which we get there that takes precedence.

Alan Alanson is a man sequestered in his apartment in a dystopian otherworld. He speaks with a beeping machine, has a fondness for Coco Pops and has a tenuous-at-best grasp on reality. Alan’s tangible world is marked by process and speaking, whereas his slips into subjectivity are marked by physical movement and mechanical and churning soundtracks. Today is Arbitration day, where he must prove to the powers that be that his life is worth living. And the glimpses we get into what has happened on this day in years past marks the catalyst for his breaks from reality.

These slippages are executed beautifully by the shows technical elements. Sarah Timmins’ lighting design, Jack Scullion’s set and Cyr-Cooke’s own sound design create a concrete and sterile, yet unstable world. It feels like an examination of a man’s life – as well as both the waiting room before and the operating theatre after. Orla Ní Thioraide lends her voice to the overseeing power and blends its clipped disregard with placating tones very effectively. And of course there is Cyr-Cooke himself, a powerhouse of a physical performer, his skill clear from the outset.

Controlled and direct movement mixes with explosive writhing and impassioned sequences to give a wide breadth of what he can do as a performer. To be able to embody this within just the one character of Alan Alanson is the real feat here however, as it does feel like sides of the one man, and not different personas. The show overall is strongly experiential, and the scenes where all the elements of the production blend are what come to the forefront of my mind.

But its strengths may also be where it loses some of its audience. There is a payoff to this show – a moment of realisation – which makes all that has come before it make that bit more sense. But it does require an inquisitive mind and persistent attention for the payoff to feel earned. While the narrative of Carmody’s script is strong throughout, it can sometimes feel disconnected as to how a particular movement sequence adds to that narrative, or what place it is has in that moment and time in the world of the play. I did find myself disengaging from the performance at certain moments questioning how something was relevant to the what had come before, or how it was developing the story and Alan’s world.

Once the revelation moment has happened however, it does help to add an overall sense of a whole to the differing elements and tie them together, but a sense of having missed something important can slightly linger. This is neither a positive or a negative, as it encourages conversation after the show. I did hear a few “and what do you think was happening there”’s and “what did it mean when”’s as I left the theatre, but that shows people had engaged well with it if they wanted to continue the conversation about it.

Overall the show is powerful and stands out in the GTF 2019 programme as a very unique offering to avid theatre-goers. Go see it knowing you’ll be challenged, but ultimately rewarded, and you can make the final call about whether it was all worth it.

Arbitration has it’s final night at GTF tonight, May 6th, at 7pm in the O’ Donoghue Theatre