Artists of the West: Bob Skeleton 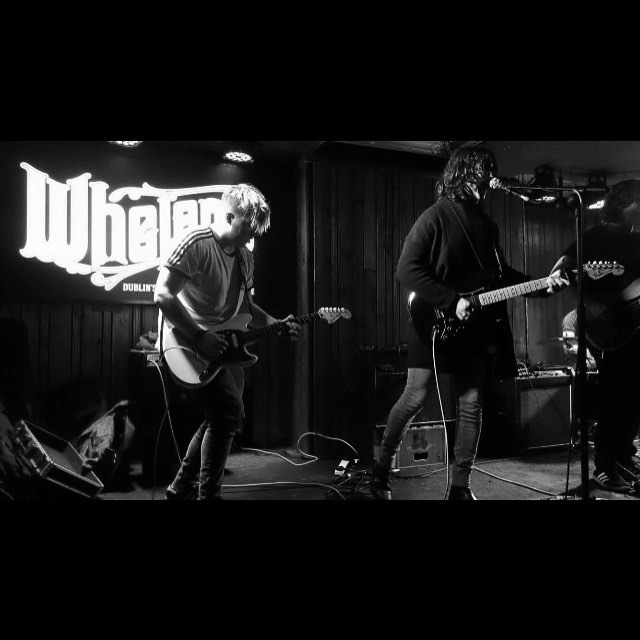 I’d say Oasis covering Lady Gaga’s Bad Romance. That’s always an awkward question to answer. Maybe if John Lennon and Robbie Williams had a child. Its odd but in my head that’s as close as I can get to it.

Band-wise the four of us share the core influences of good bands that write good tunes. The Strokes, Oasis, Arctic Monkeys etc. Classic pop is a big thing too, melody wise. Those hits of the 70’s playlists you get on Spotify, but doing it now rather than then if that makes sense, whilst maintaining the big euphoric hug-your-best-friend element to it song wise. Lyrically it’s about being as honest as possible for both me and Rory I think. We write tunes that we like, and therefore think everyone else will like. Tunes that we think everyone could get.

How do you find being a musician in Galway? What’s the best part? What do you think could be changed/improved?

Very good. We started off playing the Open Mic in the Róisín on Sunday nights, which was a great way to begin playing in front of people. It helped to get over the awkward nerves of playing in front of a crowd, the initial feeling of “everyone look at me I’m going to sing you all a song” which didn’t come naturally to us, I don’t think. We had our first gig as a band at the Galway Fringe Festival last summer. That was great. I don’t know if we were any good but we had a great time. Citóg is a great too. They do a really good job of promoting everything they run which I think is admirable. It’s a shame that there aren’t more promoters like it.

Playing to a sold out Olympia. I’d only been there for the first time a few months ago. The atmosphere in that room is something else.

We’re releasing our first EP on November 11th, which we’re launching in the Róisín on the 12th. We’ve started recording the next one which we hope to have out early in the New Year. We want as many people to hear our music as possible and take it as far as we can. That’s what it’s all about, isn’t it?

Check out all of Bob Skeleton’s music at their Bandcamp page: www.bobskeleton.bandcamp.com and keep up to date with gigs and news on their facebook page: www.facebook.com/bobskeleton2/