Artists of the West: Spats Colombo 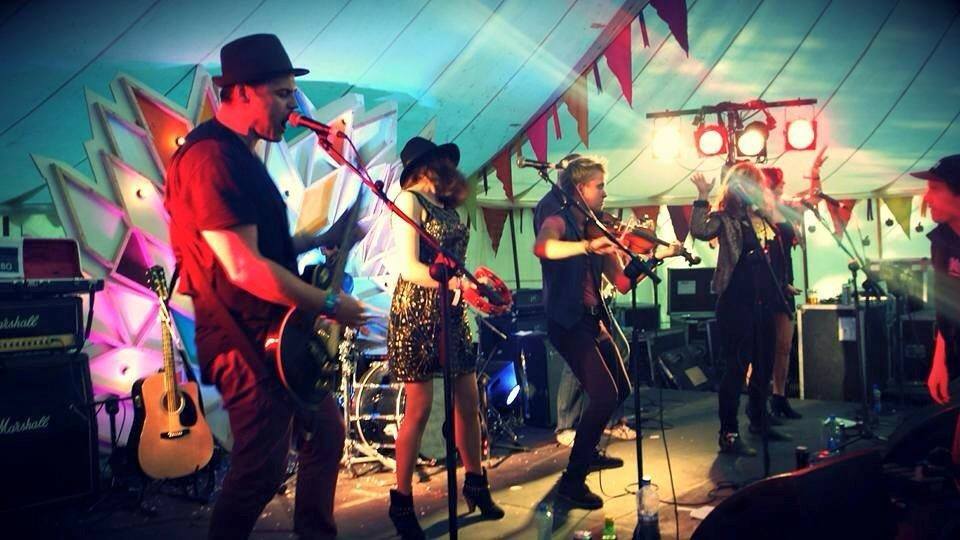 Spats Colombo are a 7 piece band based in Spiddal, Co. Galway. We have been together for two and a half years. We released two singles last year ‘Price tag’ & ‘Sunshine girl/Ní Ag Cur i Gcéill’ and have just released our debut EP, ‘Caught in a bind’

We have tried to keep things fairly varied sound wise. From the start the objective was to mix harmonies that recall some of the ’60’s groups like Simon & Garfunkel or The Mamas & The Papas, with music that is at times quite pastoral with elements of folk or Americana, but at other times quite loud with more aggressive sounding guitars. As five of our members have Irish as their first language, we also set out to include both Irish and English lyrics in the songs.

Personally speaking, it is hard to escape the music that was in my parents’ record collections. Most notably The Kinks, The Beatles, Queen, ELO, The Zombies and Simon & Garfunkel. Being a teen in the ’90s in Oxford, it was a great time for music; the City produced Ride, Supergrass and Radiohead within a few years of each other. I also adored Blur, it is very rare that the biggest band was also the best band of an era. The same could be said for Nirvana. At the moment I am listening to a guy called Ed Harcourt, his new album is excellent.

It feels like there has been quite a shift in the landscape of the Galway music scene. I first moved to Galway in 2001 and there was literally one band playing gigs, Charis. About six years later I was playing in a band called Mugger Dave, there was maybe four or five other bands around the place. There seems to be a lot more going on now. Open mic nights, Citóg events, An Áit Eile festivals, Club nights in the Roisin Dubh, gigs in Monroe’s and The Loft. It all helps…

To witness? I saw Blur play two nights in a row in Hyde Park in 2009. The evenings were inevitably drenched in nostalgia. On both nights they finished off with ‘The Universal’, it will take some beating being in a 50,000 strong army, arms aloft, singing my heart out, tears I’m my eyes……I may have had a few drinks as well.

Musically? It’s not really an achievement, but….. to keep making music I suppose. Being in a band, rehearsing, driving up and down motorways – the whole commitment it takes to be in a band is hard. The pay off is a good show or a decent recording, everything else is a pain, and normally ends up costing you money, be it a rehearsal studio, recording studio, petrol, CD’s etc. So why do we do it? Because we have to…

I live by the sea in Indreabhan, so when the sun is out, there is nothing greater than throwing yourself out into The Atlantic

As far as Spats Colombo is concerned we have a good few gigs coming up between now and Christmas, both in English and in Irish. We are really looking forward to Playing the Oireachtas in Killarney in November, we are also playing the Cabaret Craiceáilte at the end of November which is always fun. First of all we are playing at the An Áit Eile Festival in Galway on October 9th which we are also really looking forward to. Apart from the shows we have a new record out (listen below) which we hope people will like.

Where can we listen to your music?