Artists of the West: Whim 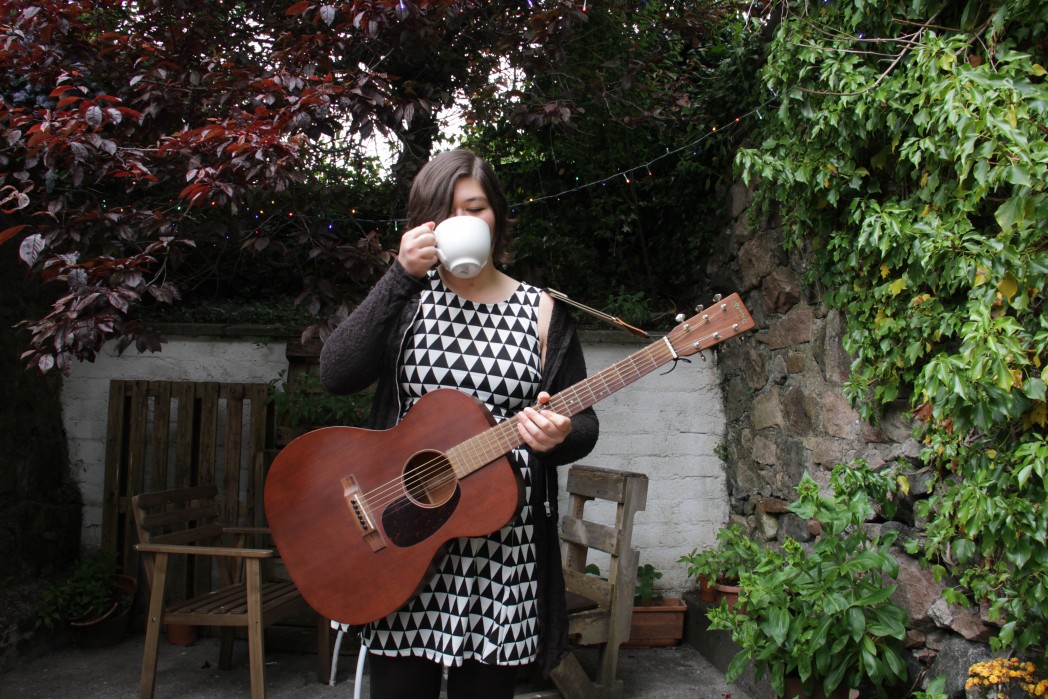 Who are you? Tell us a bit about yourself….

I am Sarah DiMuzio, or Whim as a handful of people call me. I was born and raised on the West coast of the US and tell everyone I come from Portland, Oregon (when I’m actually just another Californian who moved North in favour of rain and indie Pacific Northwest music). I play acoustic, indie-folky-pop-ish music right now but I literally daydream about playing electric guitar and writing upbeat songs. I currently live in Galway on a working holiday visa and am awaiting a marriage proposal so I can remain in the country when my visa expires.

I personally think my music sounds like a slightly more mature, moderately better crafted/practiced version of my earlier music endeavours, but I have been compared to the likes of Ingrid Michaelson, Mumford & Sons, Laura Marling, Iron & Wine, etc. So soprano female with acoustic guitar OR gravelly-voiced male with harmony-ridden folk band— not really sure what that says about me.

What/Who have been your biggest influences (in your music or life in general?)

It’s cheesy to say but my dad and sister have definitely been a big influence on my music and how it became a part of my life. I, of course, have all my family and friends to thank for encouraging me so much in the ugly-baby-bird stages of my songwriting. I probably wouldn’t have progressed to the fluffier-baby-bird stage of my songwriting career without all of their tremendous support and love. A certain friend has also played an integral role in my music and life, a ukulele-playing, plaid-short wearing kid called Andrei. We met in the park when we were 14 and both had ukuleles. We’ve basically been best friends ever since and he has changed how I play music (for the better) and shown me all my favourite bands.

How have you found the experience of being a musician in Galway? What’s the best part? What do you think could be improved?

As a 20 year old American my experience here has been out of this world. I can legally play in bars and therefore have become a part of the music scene here in Galway (unlike back home in Portland where I was too young to see my favourite bands play let alone play shows myself). Honestly that is my favourite part. The other best bits are the genuine people and acts that I’ve met through music here. So much love for the undiscovered! I suppose I would like to see more venues encouraging original music show cases instead of mostly cover bands, but there are already so many great venues that support original music here I really can’t complain!

Upstairs in the Róisín Dubh, three indie acts, a fiver in the door, and lots of Brahma.

What are your plans for the future, both near and distant?

Where can we listen to some of your music?