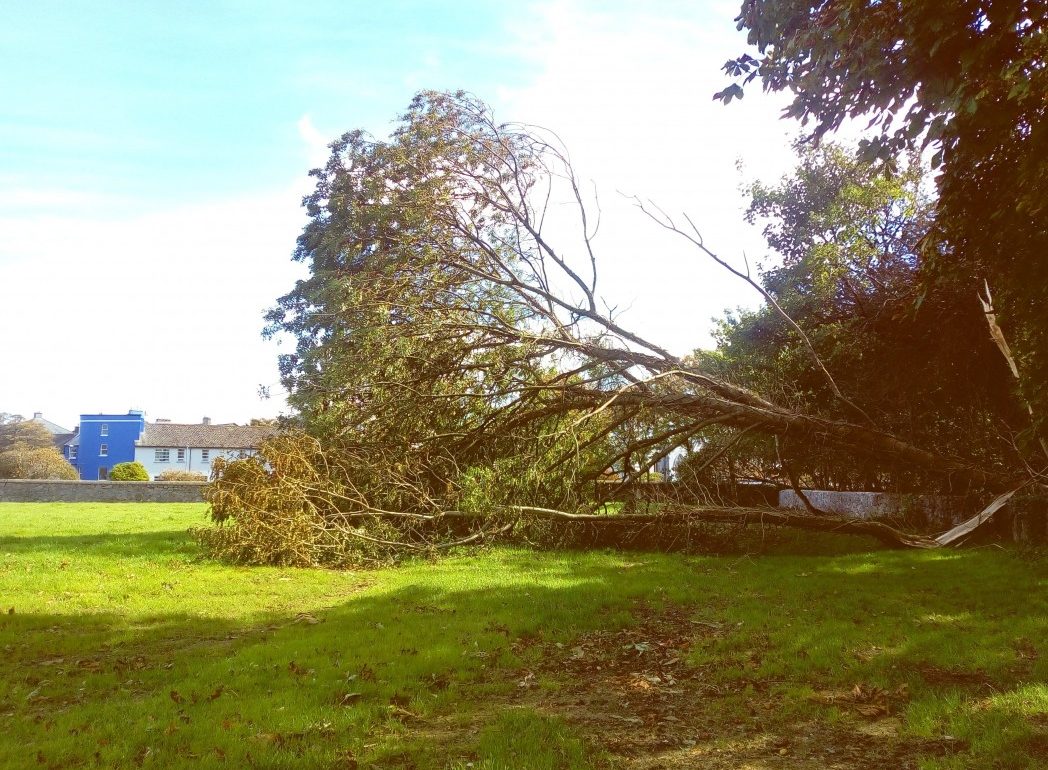 In this article I’m looking at publicly available data and using some maths to figure out just how much driving in Galway is polluting Galway. I start by taking a look at Ireland’s Oil consumption in the first few paragraphs and then take a closer look at Galway towards the end. If you want to skip all the complicated stuff and get some idea of how much CO2 Driving alone is creating in Galway, scroll to the bottom. I’m also including my figures and sources so if anyone would like to correct anything they are welcome to!!

Ireland has an organisation called NORA, our National Oil Reserves Agency. We are so dependent on oil we have the watchful eye of NORA constantly stockpiling 90 days of oil. I found this when I was trying to figure out how much oil we are using a year. Nora tells me that it is a very large amount of oil. 6,713,728,262 Litres last year. NORA’s job is to make sure that at all times Ireland has access to a 90 day supply of oil that it can access if there is a problem in the supply chain, a massive change in price, a war or some major event that denies Ireland, a non oil producing entity of humans and words, access to oil.

That is a lot of Oil.

To try and make some sense of these huge numbers and the data on the NORA website, here is our oil usage since 2008: About half of that is motor diesel of various forms, and about one sixth is petrol and about one sixth is home heating oil. Now under the auspices of any grasp of reality, if an alcoholic were to tell you that they had at any given moment a 90 day supply of alcohol and that their usage was slowly increasing, you would be concerned. The burning of oil attacks directly three of our basic needs, breathable air, potable water and edible food so if we are going to survive as a species, we need to start Marie Kondoing some things very fast.

How does this reflect on Galway?

Sourcing publicly available data from the CSO, CPCC and using some maths we can work out a lot about Galway’s annual consumption and pollution.

In Galway, in 2014 there were 145,837 cars under licence. The national average for these cars is about 10,500 miles per year, and the average car, being very generous currently will drive around 50 miles with one gallon of fuel.

This would imply that Galway drives around one billion five  and hundred thirty-one million, two hundred eighty-eight thousand five hundred miles per year. Enough miles to drive us to Uranus, and beyond.

To fuel Galway’s interstellar mileage, we need about about 30 million Gallons of fuel, or 140 million litres if you’d prefer to speak in metric.

Because of science, and how air mixes with fuel to burn in your engine, every litre actually creates CO2 (the bad stuff) at a rate of 2.3kg for every litre of fuel.  So all of a sudden those 140 million litres of fuel are creating over 320 million litres of CO2 per year in Galway. This is a conservative estimate of car pollution created in Galway annually. Enough raw CO2 to fill over 100 olympic sized swimming pools. Leisureland is less than half the size of an olympic pool.

The story doesn’t end here though.

When this CO2 combines with the air we breathe, it takes a very small amount of it to make air dangerous to breathe. About 5000ppm – which is chemistry talk for 1/200th of something.

The air we breathe is much lighter than petrol though, as are gases in general. Taking this into account, the amount of CO2 being produced by cars alone in Galway is enough to make 64 billion litres of unbreathable air every year.

The average car in Galway is producing almost half a million litres of unbreathable air every year.