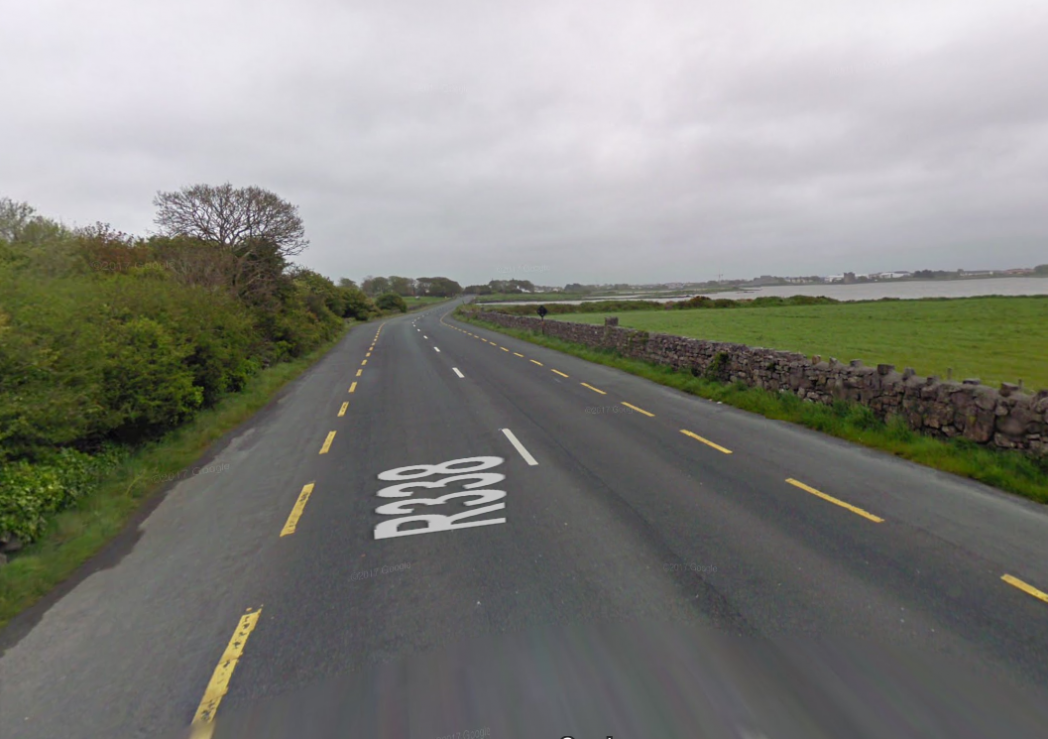 Suns out, Guns out, Tides out, Rides out. Galway is a wonder to be in in the warm weather. The dustiest mountain bikes are matched with the freshest of denim jeans along the prom as the Christmas bike is dragged from out of the garden hose spider web in the back of the shed and trundled out half-inflated for a few hours of wondrous ponderous waterside cycling along the Costa del Gal. Bolted eye-level high to a 9-tonne SUV and dragged inch by inch through the traffic as Blaster carries Master Beyond the Thunderdome and the summer 4-day cycling season kicks in. For a lot of people, this is cycling, and that is fair — Ireland is a dangerous country to cycle in, and Galway is very often more than 50% water when you add up the bit in the sea, the bit in the ground, and the bit in the sky. We can’t stop the rain, just yet, but for the sunny days, it’d be a much better place to be if we knew we could cycle somewhere safe. The range of cycle lanes available are everything between great and awful in this city, and while I recommend cycling in general for your well-being, I would never contradict someone who says they don’t feel safe doing it here.

In case I haven’t bored everyone into a brittle shrinking husk of despair about it already, I cycle to work. Besides having thighs you could make craft burgers out of, it does give me a lot of quiet minutes to think about what is around me, which, almost every day, is this stretch of road for about 12 of those minutes: This is the Coast Road to Oranmore. It was once the Dublin Road. Then it became the Old Dublin Road. Then we built another road in to Dublin, so it is at least the Old, Old Dublin Road now. It’s certainly old and no longer has to do the job it was built for. It’s mostly flat, it’s very scenic, and it isn’t very busy. It was also at one time the main road to Oranmore, but it lost an MMA fight with N67 and is now a not-too-busy stretch of very wide road connecting Oranmore with Galway. As time has moved on it’s become significantly more filled up with places to live, largely consisting of houses, though nature might make a pretty strong counter-argument that housing developments aren’t exactly thriving with Elks, Wild Salmon and photogenic Strawberry Blonde Squirrels no matter how much jungle music we’ve been trying to entice them with. Let us cast our eyes on this road, and dream of a great future for it: Hark on yonder horizon, A castle!! Well, in fairness, it’s hard to find a yonder horizon around Galway that doesn’t have a castle. This image is here to demonstrate that it is a very wide road which has now become effectively a large piece of automotive shrapnel. Map estimates would make it around 10 metres wide for most of the way, with a few thin patches here and there. The slow lanes are unused and growing wild.

As well as Oranmore, significant points on this road are Oranmore Railway Station, Roscam, Rosshill Road, and finally a junction with Old Dublin Road. Now folks, the dream: Without taking up any more public land than it already does, the road could be reconfigured as above. Move the cars a little inland, reduce it to two lanes, create a segregated cycle and pedestrian path, and there we have it — over 3 km of cycle and walkway right on the edge of the city, tracking the coast.

Seems great, right? Right? RIGHT? Well, before we all rush to set up a petition and march on City Hall, I’m going to work through the realities of the big junctions from a cycling- and pedestrian-safety point of view using my superpower, which is bad Photoshop for the most part.

1. Railway Station Junction. This junction already has a tiny cycle lane that turns into a path on the city side of the station, as is the fate of all Irish cycle lanes, no more than the children of Lîr turning into ugly ducklings, Irish cycle paths inevitably will all turn into footpaths at some point, usually a very tragic point. As a cycle lane, it’s useless for the most part. At this point, the cycle and walking path should begin on the sea side of the road and continue on that side towards the city and Oranmore. Why the sea side? Because it looks nice. We need to make things that look nice. The path on the right-hand side isn’t much use and would better as part of carriageway for cars. From here it’s a ten-minute cycle to Roscam. After this point, if the cycleway is properly segregated, an 80-km/h speed limit for cars can be maintained all the way to the oncoming traffic jam in Galway. 2.  Roscam Road. This is the kind of junction you don’t want to be messing with on a bike, so I’m going to suggest something a bit radical here. It depends how you define radical, though. It is not perceived as radical to build motorways through the country at any cost. I feel like 200 m of cyclepath isn’t a drop in the ocean, really. Running a cycle lane along the railway line at Roscam and up to the bridge removes all car/cycle interactions at this point. The cycle junction is represented by a star, which is red to make it visible and not at all because cyclists are all actually communist spies. Running the cycle path along the railway and under the road makes everything safer and easier for everyone. Roscam gets access to the cycleway and also it diverts Roscam cycle traffic away from the main N67 route.

Moving to the Rosshill Junction, it is a much slower junction with a better left/right aspect. Its visible around the centre of the aerial image above. Astute Galwegians will also know this as the old Dublin Road, I’m sticking with Rosshill for now, as it’s embarrassing to repeat just how many ‘old Dublin Roads’ exist. However, from this side, left and right turns to join the coastal cycle route and left and right turns for cars will be pretty much unaffected, so long as people can access Roscam via the railway bridge.

3. Junction with the Old Dublin Road (Main Road to Galway). As can be seen, once upon a time the old junction had a slipway to join the traffic. I guess this was removed when the bus corridor was introduced. You can see this on the left, in an image from 1995; on the right is the present day, with the point where the Oranmore Cycleway technically could end marked with an X.

It doesn’t really end here, because at this point a cyclist approaching Galway can join the bus lane and make it right to GMIT almost entirely in the bus lane, which are very often also legally cycle lanes. A cyclist coming from Galway would just use the existing junction marked in blue. So if you’ve read this far, you probably already think this is a Good Idea, are procrastinating from doing something else, or you are just wondering what kind of person thinks awful Photoshop explains anything. Whichever it is, what we can be certain of is a population increase on the road to Oranmore and a requirement for options for commuting which don’t tie us to cars; we can be certain of a desire to enjoy being by the water breathing the fresh air when the sun shines, and we can hope coming generations don’t inherit the sedentary world we’ve been constructing for them. Enjoy the weather and enjoy any Bike Week events you come across!!