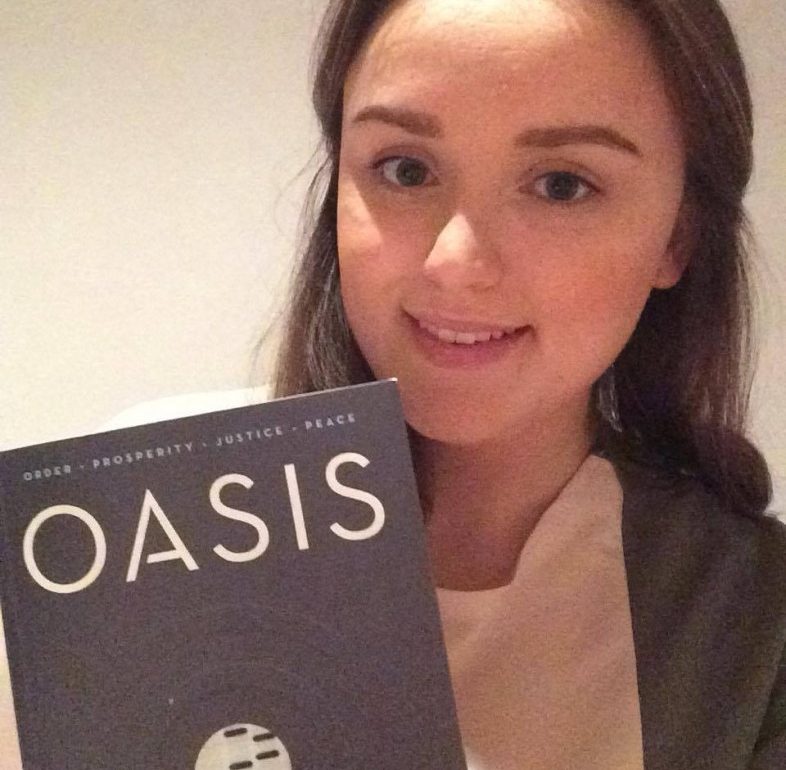 OASIS is the debut novel of Irish teen Eilis Barret, a local girl, living just outside Ballinasloe. Released earlier this year, OASIS is still a relatively new title in bookstores. At only sixteen, this young author has written a Young Adult Dystopian Novel surrounding the lives of a group of survivors who all share a dormant deadly virus.

An outbreak of this deadly virus has traumatized the city of OASIS. OASIS is separated by an Inner city, for those who are pure of the virus; and an Outer city, for those who have a dormant virus gene which could at any moment destroy humanity. Quincy, the heroine of the novel, makes a slim escape from OASIS only to encounter challenges in her fight for survival.

Barrett set up the opening scene for her book admirably and, up until Quincy’s escape, the story was fascinating. Unfortunately, the middle of the book wasn’t very thrilling. There was one obvious mistake where a character – who had died only two pages earlier – reappeared from the dead, which was disappointing. Regardless of the middle being a slow read, the ending was much more exciting. Certainly, Barrett is a skilful writer regardless of her age. She thought out her story and all the pieces fell amicably together towards the end, leaving suspense for a possible sequel.

Overall, this novel was a good read; however, it was very predictable at times – the love angle, the fight for survival and the censoring of the virus was too obvious. Nevertheless, I am positive this author will have more books to come and I am keen to read what she writes next.
*** Star Rating