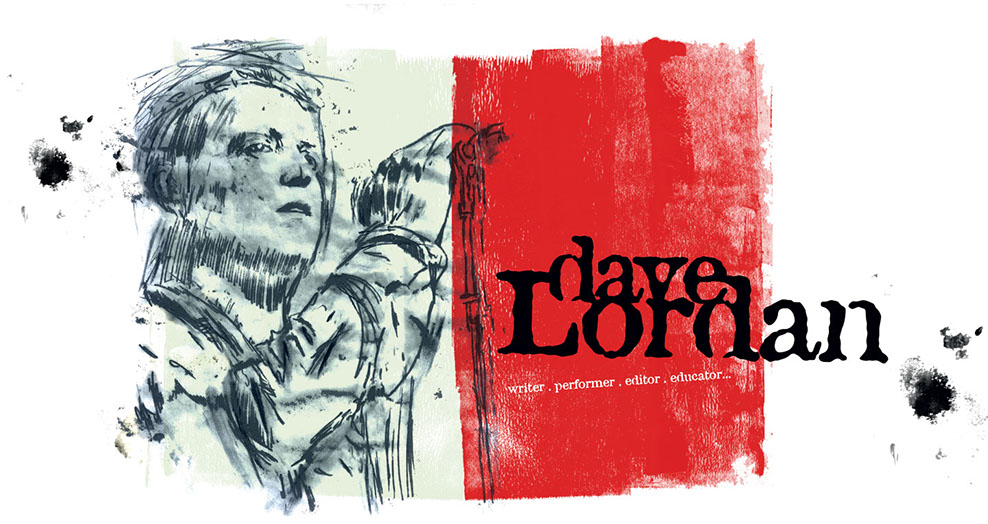 Dave Lordan will be curating an online writing course called CREATIVE WRITING NOW, commencing on the 6th of June. Dave is a multi-genre writer, editor, performer and multimedia educator.

Salmon Poetry (based in Co. Clare) published his poetry collections The Boy in the Ring in 2007, which won the Patrick Kavanagh award, the Shine/Strong award, and was shortlisted for the Irish Times poetry award, and Invitation to a Sacrifice in 2010.

Born in 1975 in Derby in the UK to working class Irish parents, Dave Lordan soon returned to Clonakilty in West Cork, where he grew up.

He attended Clonakilty Community College from 1987-92, where he was taught English by the renowned novelist Eamon McGrath.

In 1992 he received the Australian Ambassador’s award for achievement in the Leaving Certificate. Dave’s first involvement in the formal arts was as member of the famed Craic Na Caoilte street theatre collective in 1990 and 1991.

He attended UCC from 1991 to 1998 and graduated with an MA in English Literature. His first poetry pamphlet -18- was published in 1994 by the university’s prestigious English Literature Society, edited with an introduction by Philip Coleman, now a fellow of Trinity College Dublin.

In 2011 Dave was awarded the Ireland Chair of Poetry Bursary Award, becoming the first Irish poet to win all three national prizes for young Irish poets.

In 2011 Dave began work in partnership with RTÉ ARENA on Ireland’s first ever On-air creative writing course – a kind of Radio MOOG – bringing free creative writing education to ARENA’s 35000 listeners. The success of the on-air course led to the publication by RTÉ and New Island of the groundbreaking New Planet Cabaret anthology in 2012. 2011 also saw the release of the poetry CD Surviving The Recession.

In 2012, in partnership with the Big Smoke Writing Factory, Dave founded Dublin Young Authors, a school for talented teen writers which has since expanded to run every Saturday during the school year, and to host a summer school in July.

In 2012 Dave guest edited The Stinging Fly, Ireland’s leading literary magazine,  and after the success of this special issue, which saw the first publication of a number of new wave Irish writers  including Oisin Fagan, Claire Louise Bennett, & Rob Doyle, & is now a collector’s Item, Dave was invited to become a permanent part of The Stinging Fly Team as a mentor & a contributing editor.

Dave joined the academic staff at the Centre for Poetry Studies in DCU in 2012, where he researches and teaches new media poetry and the pedagogy of creative writing teaching. In 2013 he was nominated for the DCU President’s award for his work in creative writing pedagogy. Dave now regularly offers teacher-training courses for anyone interested in learning how to teach creative writing.

Between 2013 and 2016 Dave has released a number of poetry films including Because I’m Human, Lost Tribe of The Wicklow Mountains, The Fucking Titanic, and My Mother Speaks to Me of Suicide. In May of 2016 Dave was appointed the Patron of the Clonakilty Organic Arts Festival, began broadcasting The Pirate Show on Dublin Digital Radio & Clonline.ie, & released his ‘incendiary’ book of essays The Word In Flames – Essays on Literature & Revolt.

(Dave) CREATIVE WRITING NOW will consist of six university level seminars on crucial aspects of being a creative writer in the 21st century, in combination with three live Q&A sessions & an end of course individual portfolio assessment for all participants. It kicks off on the 6th of June but you will be able to access course materials 24/7 as they are uploaded, including recordings of the live stream Q&As. It is designed for those with busy lives who want to make more time for their creativity & use that time wisely.

Find out all you need to know in the video below. Shares are greatly appreciated by an independent self-funded artist & community educator! Register for the course by emailing me at dlordan@hotmail.com