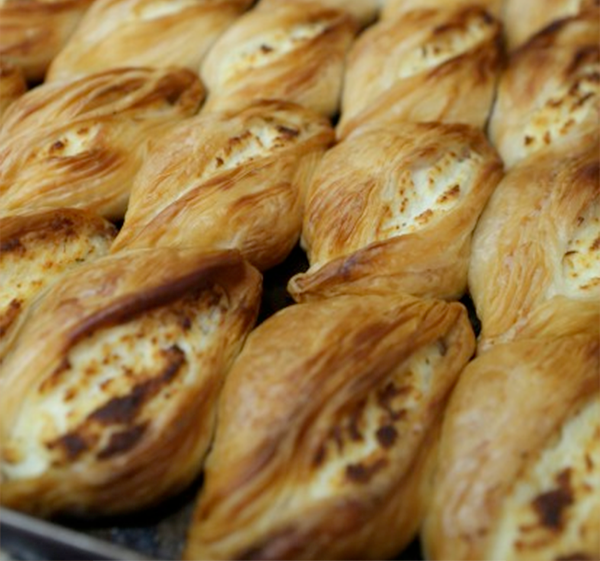 It’s been nearly 5 months since I moved from Galway to Malta. Anyone that knows me, would know I’m fairly passionate about food. Whether it’s a good greasy Vinnie’s takeaway after a night out, brunch at Kai, BBQ wings at Biteclub or an 8 course taster menu at Aniar, Galway had me pretty spoilt.

Food is obviously a big part of any country’s culture, and while there are a few great healthy places like No.43 in Valletta, and The Grassy Hopper, Maltese food is generally not very health conscious or vegan and vegetarian friendly. Maltese cuisine is a mixture of different influences due in part to the country’s location but also because it was invaded so many times and had to cater to its rulers. There’s the Italian influence – lots of pizza, lasagna and pasta dishes. There’s also the English pub food; burgers, chips, stews etc., and then there’s the Mediterranean dishes of fresh fish and pastries, as well as local specialties. The food culture here is based around convenience or shared experiences; quick easy stuff you can grab as you go, or heavy comforting food you can enjoy with friends and family.  It’s no surprise Malta has repeatedly been named the most obese nation in Europe, and I’d say I’ve put on nearly a stone in the last few months here myself.

Here are some of the Maltese food and drinks I’ve had so far:

Flaky savory stuffed pastries (pictured above). Available at any one of the kiosks on just about every street corner in Malta, and costing about 30 – 50c each pastizzis are a great cheap snack. Buy a couple and they’ll also do ye as a meal if you’re too lazy to cook. They come in three varieties stuffed with ricotta cheese, peas, or chicken and mushroom and they’re all good. The kiosks also sell sausage rolls, which are generally made from the cheapest hot-dog sausages going. I bought one and found a bit of blue plastic in the middle of mine, I do not recommend!

This is like the national soft drink, It’s more popular than Coca Cola, they really really love it here. It’s a sorta bitter orange flavour, which sounds delicious, but no matter how many times I try it, I just can’t help but think it tastes weird. These are fried rice balls stuffed with cheese and other stuff like bolognese, ham or spinach. For about €1.85, they are a good cheap, hearty (if very unhealthy) breakfast that fill you up for hours. The best I’ve tried so far are from Cafe Cordina in Valletta. I’ve also had some really godawful dry, stale ones from a few random pastizzi stalls around Malta. Hit and miss, but when they’re good, they’re sooo good.

Remember Fig Rolls from when you were a kid? These are the real thing! Well, they’re actually flat pastry slices, stuffed with dates, but near enough. They are about 40c each. They are delicious warm with some ice cream and they’re also great in the morning to grab with a cup of coffee on the go. Opuntia is a type of large cactus abundant in Malta, often used to divide up fields instead of a fence or the traditional stone walls we have back on the homeland. This cactus produces an edible fruit called the ‘Prickly Pear’ which is also known as an Indian Fig. One of my favourite things when I’m traveling is getting to try out exotic fruits in new countries so obviously when I came across the weird cactus fruit in the supermarket I had to buy one, and true to its name, it was prickly as fuck. All the little cactus hairs were like tiny little needles which stab you, but worse yet, they get stuck into your skin. I only handled the thing for about 30 seconds but was picking the needles out of my hands for days. I never even managed to open the thing and actually try the fruit. Maybe next time I’ll try the pre-prepared variety…I hear they are pretty nice. Prickly pears are also used to make Bajtra, a bright pink liquor. It’s delicious, but very sweet. It would be great to use in cocktails and I’m planning to buy a bottle and whip up some kinda Maltese cocktail concoction with Bajtra, Gin and lime.

Also known as Ħobż biż-żejt, Ftira are traditional Maltese flatbreads. They’re pretty similar to ciabatta and a bit like sourdough, but unique too. Ftira are eaten with oil and balsamic vinegar, tomato paste, or as a sandwich, often filled with tuna, salami, and other ingredients. Oh, Maltese also love to put tuna on their pizza too (kinda gross), or add olives with stones (impractical).

Bragioli, or Beef Olives is a common dish at most Maltese restaurants. It’s slices of beef, stuffed with mince, bacon, cheese, onions, herbs, all wrapped up into a roll and cooked in a tomato based sauce. Delicious, but very rich, and difficult to finish. I can easily imagine this served at any restaurant back home. Bigilla is a tasty thick brown/grey Maltese dip made with broad beans. It is often served as part of a Maltese Platter which includes round Galletti crackers, and Ġbejna cheese, a traditional Maltese cheese made from sheep’s milk, salt and rennet. If you go into one of the little local Bocci Club bars, and order a beer you’ll often get served a selection of these snacks for free too. All the more money to spend on beer!

Speaking of beer, Cisk is the national beer, available in every pub, restaurant, corner shop, and kiosk on the island and priced at around €1.50 a bottle or €2.50 – 3.50 a pint. I’m generally not one of those craft beer drinking people who appreciate intricate flavours in my beer. It’s a lager, it tastes fine and doesn’t leave any weird lingering aftertaste. Good enough for me. There’s also Cisk Excel, a carb free version and flavoured varieties, Cisk Lemon, Cisk Berry and Cisk Ginger and Lime, if i had to pick my favourite of these it would be the ginger one.

Okay so I haven’t actually had rabbit yet, but thought I should mention it as Rabbit (or Fenek) is the Maltese national dish. It is often cooked as a roast for the family’s Sunday dinner, or served fried in red wine and garlic. Sounds pretty good if you can get over the idea of eating the poor wee wabbits.

So there it is, food in Malta: greasy, tasty, fattening, glorious food.

Please note: I have been in no way financially or otherwise encouraged to endorse any of the restaurants or products mentioned in the above article. However, if someone does want to pay me by way of hard cash or free food to review their food I am open to suggestions….

Check out some of our other articles about life and culture in Malta here.