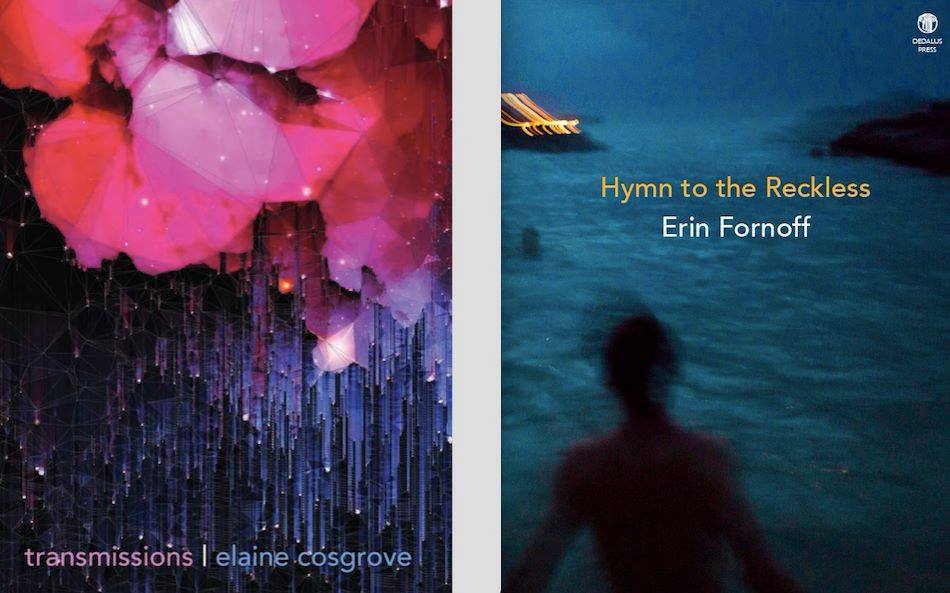 Dedalus Press is proud to launch, in Galway, debut collections from Elaine Cosgrove with ‘Transmissions’, and Erin Fornoff with ‘Hymn to the Reckless’, upstairs at the Roisin Dubh tonight, 6.30pm – 8.30pm.

Erin Fornoff hails from the Appalachian mountains of North Carolina. Based in Dublin, she has performed her poetry at dozens of festivals and events across Ireland, the US, and the UK including Glastonbury, and a national Irish tour with viral poet Hollie McNish. Her poem “To Make Things’ was commissioned by RTE for national broadcast and performance at Dublin Castle. She won StAnza’s Digital Slam, was a part of the 2014 Poetry Ireland Introductions Series, and received an Arts Council Literature bursary. Hymn to the Reckless featured on posters and curriculum around Ireland for National Poetry Day. In 2014 she received an M. Phil in Creative Writing with Distinction from Trinity College Dublin.

Elaine Cosgrove was born in Sligo in 1985. Her poems have been published in The Stinging Fly, The Penny Dreadful, The Bohemyth and by New Binary Press among others. Her work was selected for the anthology Best New British & Irish Poets (Eyewear Publishing, 2017), and was longlisted for the 2016 London Magazine Poetry Prize. Elaine lives in Galway.