Gardening tips from Eoghan: Never, Ever, Ever mow your lawn. 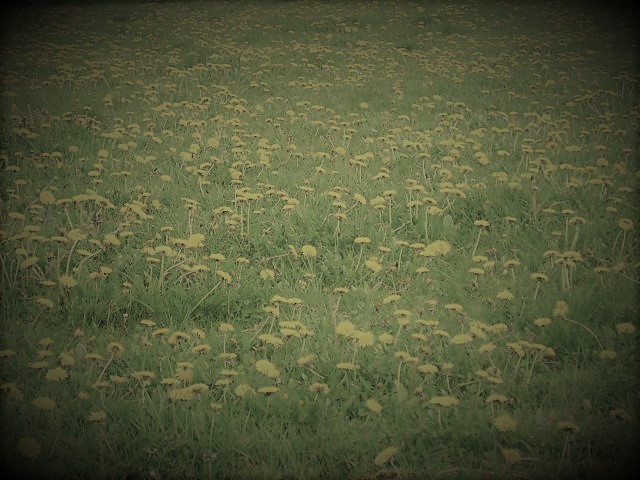 Ok the title is a little extreme, but bear with me for the allotted 800 words and let’s see if I can win you over on this one. I, as much as the next middle of the road mid 30’s man like to be remotely clean shaven most of the time. Being a neckbeard is a liberating time in any man’s twenties but as we strive towards grasping the fine strands of civilisation as maturing humans you have to distribute the stubbornness as best you can. This is scientifically related to mowing lawns. Well maybe it isn’t, but in the vast scheme of things mowing lawns and shaving are certain as death and taxes should you end up on the path of living somewhere in the twilight world that exists between suburban and rural Ireland.

100+ word introductions aside let’s look at what mowing a lawn really is? It’s really, really, really, really using a portion of your daily calorie intake to progress a small carbon fuel based machine made of minerals such as steel and plastic to remove a certain height of pre-planted monoculture grass breeds in a small patch of earth designated as yours to tend-to on a compact planet in a small solar system. It’s also, much more importantly a bid to out-mow the house next door, give your partner or co-dwellers a few hours of time to themselves, accentuate the hangovers of those next door and as a man, a biped and castle dweller exert your ability to tame and manicure nature to your liking, or at least to an expected standard as laid out by the very secretive and unnaturally violent Rionn Lawn Maintenance Na hEireann (RLMNahE).

And here’s the crux of this article. Carbon based fuels, steels, plastics and the oxygen required to process these materials are finite resources. Should we survive the stern hand of the RLMNaHE for much longer, we need to find new ways to keep the height of the grass monoculture uniform. Much research has been carried out by a group of scientists working in secret who contact AAÉ recently, they had this to say:

“Nano engineering is the way forward. We’ve almost perfected smart grass. The grass will actually be able to tell which neighbour is looking over the hedge, and effectively crouch down to mitigate the deeply troubling effects of not being regularly manicured”.

This is all they could tell me without compromising themselves to the RLMNaHe and suffering a most indescribably violent fate.

But now it falls on me to shoehorn this article into the ecology column, lest the hashtag druids be fed false wheat. Ireland has a significant rural population, and a significant farming industry. As the wheels of time roll along, our population will increase and food demands will increase. The area set aside for farming will be pushed to its ecological limit to meet supply and the only possible refuge for a lot of our native species of furry things, flappy things, tweety things, slimy things, crawly things and alien looking things will be the gardens of our fine human residents. Prolonging the monoculture lawn in the interim will lead to a sharp decline in these things and as they are mostly all eating each other, familiar things that we actually like looking at will die off, or worse, become EXTINCT. One possible solution to this is to allow, starting in 2017 your entire lawn, or a portion of your garden to do exactly what it likes. You and a few neighbours, instead of talking to each other, could just set up a contingent wildlife corridor across a few back yards. There are phrases like “habit fragmentation, edge ratio, wildlife corridor and you left-leaning-liberals are all the same” that you can google to find out much more efficient ways of killing frogs, butterflies, rabbits and generally things that normally you can only hit with a speeding car at midnight, but I trust your ability to fall deep into an internet hole and won’t bore you with the facts here.

Other possibilities are leaving the grass just a few inches longer, which allows a significant amount of wildlife to survive. They will however ruin the stylish matt green snooker table look that is so hot this year. Personally, I’ve moved to a model where I mow the bit that leads to the shed, the bit that leads to house and few other functional paths. If you’ve gone the way of pro-creating and find yourself with a few wild children in your garden, you are obviously going to need some space in which you can set up a feeding trough, hamster wheel and litter tray. They may even join in the ecosystem and consume the occasional bug. One in eight native Irish birds are facing extinction and with lawnmowers, we can wipe them out totally before they start looking for benefits and acting anti-social down at the old railway yard.

We can do this, men of mid 30’s and the unkempt lawn can be, with some neglect and procrastination, the refuge for Ireland’s wildlife and the neckbeard of the mid 30’s.