#givedanceachance – the importance of support for dance 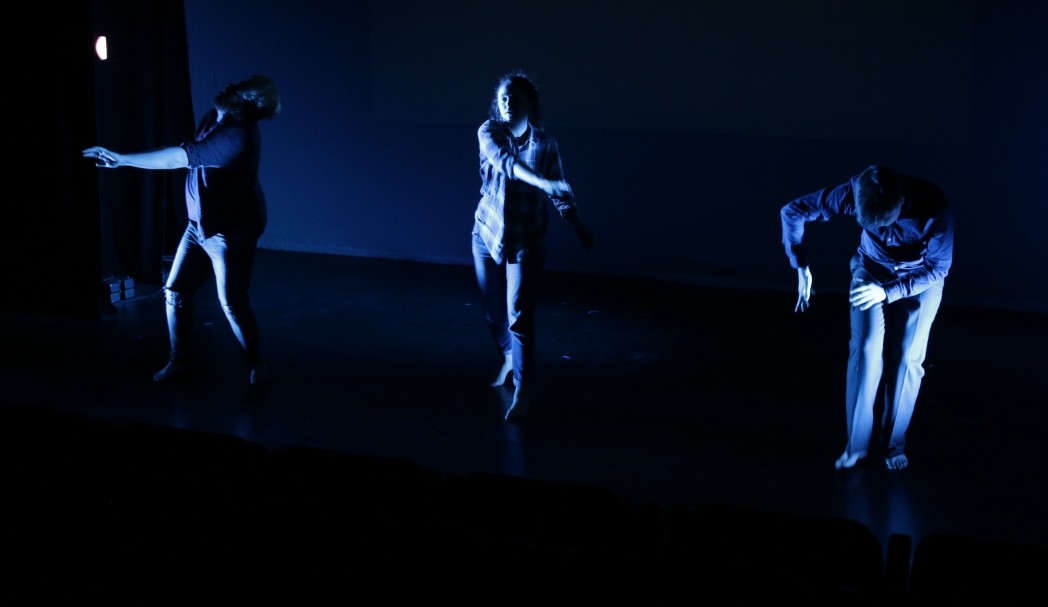 During the run of the Dublin Dance Festival last May, I was lucky enough to be chosen for the Fast Track to Dance initiative – an opportunity for those with no, little or a lot of dance experience to catapult themselves into a weekend of running from venue to venue in Dublin, propelled by the passion of exposure to dance. 13 of us, including the organisers of the event, Lynnette Moran and Niamh McCann of Live Collision, sprinted from show to show, returning to the Abbey Theatre for pit-stop talks from practitioners and dancers as well those directly involved in organising the festival.

The Fast Track to Dance weekend was a whirlwind through the cultural landscape of Dublin, so much so that I can only really now begin to pick out the moments and thoughts that were consolidated during the brief days. And although this may seem like a generalised or obvious statement, the thought that emerges in my mind as I think back on the blur of bodies in my memory is just how necessary and diverse the art of dance is, and how it needs to be further recognised as such.

Ireland champions words. Our cultural history has predominantly been an oral and written tradition, spanning from the seanchaí of ancient Ireland to the more recent playwrights of W.B. Yeats, Lady Gregory, Sean O’ Casey, Brian Friel, Marina Carr and Frank McGuinness to name a few. They tower over the Irish theatrical landscape as both figures to aspire too and be afraid of. They have come to symbolise “Irish theatre” more widely, meaning artists that do not rely on the spoken word are very often seen as “less than”, as an unsubstantial derivative of the more accepted theatrical forms.

Of course, having such a strong literary history is not something to bemoan – it adds a beautiful depth and history to our collective sense of Irishness. But what I advocate for here is balance. We can recognise the greats of our literary legacy, but we must also leave space to recognise those working in different idioms and the equally as valuable contribution they make to our cultural heritage.

And so far, in recognising these dance, we have lagged behind. In the past year, the hashtag #givedanceachance swept through Facebook and Twitter in rising frustration with the lack of recognition of dance. In infographics that circulated around February 2017, it was stated that professional dancers will spend on average over 8 years training. For this they will spend in excess of €20,000 and an added €900 annually for their ongoing training. Yet, at Ireland’s most prestigious theatre awards ceremony, the Irish Times Theatre Awards, dance or choreography do not have their own categories. #givedanceachance circulated more widely in the run up to the Irish Time Theatre Awards in 2016, advocating for separate categories for dance practitioners, so their work may be recognised for its unique contributions to Irish culture.

At its very essence, dance and movement is about performing the different ways in which bodies occupy space. Existing is essentially the practice of occupying space, so dance could in fact be seen as the performance of existing. It is a fundamental form of expression. Dance, I realise, can be viewed as an elitist art form, one requiring pre-existing knowledge of forms of dance to glean something from the performance. Indeed, professional dancers will have a wealth of training and forms to draw on which may be alien to audiences. But this is the same of playwrights. Dance and movement is simply another way for artists and audiences to engage with the world around them. They make sense of the world by staging how they move through it.

By throwing off expectations of what a body should do, how it should move, who should be moving, dance allows audiences the opportunity to see things anew. In a society obsessed with fake news and overwhelming influxes of narratives through our newsfeeds, dance brings us to the surface for a gasp of fresh air. Its ability to champion the personal experience among the collective gives us time to experience and evaluate something without a story being shoved at us. We have a moment to relax and experience another human being express themselves in the most primal way possible. It shakes off legacies of oppression and hurt for a brief period, so that we may all have a glimpse of what it is to be free.

So, I ask you all, the next time you see a dance show come through Galway, or wherever you may be, go to it! Don’t let the idea that dance “isn’t for you” put you off. Try it, experience it, let it into your body and mind. Feel its rhythms and take them with you out into the world and see it anew. In an age where hatred, bitterness and hurt are all the more pronounced, why not experience something that could shake us into more positive ways of living in the world?

If you are interested in the Fast Track to Dance programme, follow Live Collision on Twitter @LiveCollision and keep an eye out for their call-out in the run up to Dublin Dance Festival 2018 (held in May each year)