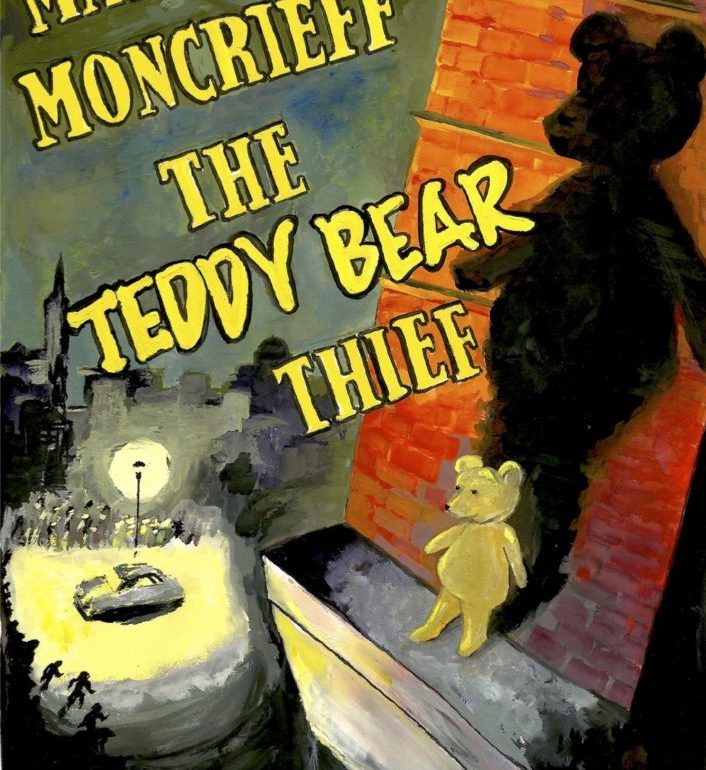 So often with theatre for young audiences, the little citizens the work is aimed at can be underestimated in relation to what they can be expected to understand. Shows can sometimes attempt to be quite simple, resulting in shows that have little life beyond the stage. Thankfully, Beluga Theatre’s inaugural production, Marty Moncrieff – The Teddy Bear Thief, does not fall into this category. With a live band, energetic cast and some incredibly sharp and funny writing, Marty Moncrieff will have an illustrious career beyond the stage.

Conor Quinlan, Orlaith Ní Chearra and Paul O’Mahony serve as Blue, Red and Yellow respectively, and play a host of other characters along with it. Neasa Ní Chuanaigh acts as puppeteer for the show, controlling Marty to great affect, conveying a huge amount of emotion and storytelling through her work. The cast are rounded out by the live band that play a host of recognisable tunes, the Mission Impossible theme coming up a few times. There is great synergy between all the performers on stage, and it’s clear they have as much fun bringing us through the story of Marty as we do going through it.

Direction is strong also, a credit to Oisín Robbins (director) and Laura Webb (co-director). To keep the attention of a full audience of young theatre goers is no mean feat, and from Robbins’s introduction at the start of the piece to the rest of the play, their presence can be felt. With deft transitions between scenes and a clear delineation between characters by using movement and costumes, a large amount of information and storytelling is navigated through, and effectively done.

The stand throughout however is the puppetwork on display. From Marty himself, to a mischievous crow, a spider with puns aplenty, and a two sided pillow (my favourite of the bunch) the skill to propel the story with these additions is impressive. Conor Kennedy Burke as puppetry and movement consultant and Yvonne Lydon as puppet designer and maker have created some beautifully memorable work, and something I think the young audience will be talking about for some time to come.

At certain points throughout the show however the energy can take over, at the expense of the technical aspects and storytelling, with it being slightly difficult to hear the actors. Some jokes are delivered under the breath, or with a look, and while affective, they only can be when heard properly or when our attention is drawn to them. For the most part, the jokes land and both kids and adults have something to engage with. But this needs to remain consistent throughout the show in order for all parties to get the most out of this generally brilliant theatre experience.

Marty Moncrieff – The Teddy Bear Thief runs in the O’ Donoghue Theatre on NUIG campus until Monday 6th, at 12 midday and 3pm. Tickets can be purchased here http://galwaytheatrefestival.com/marty-moncrieff-the-teddy-bear-thief/