Interview with Neil Slevin: The Incubator 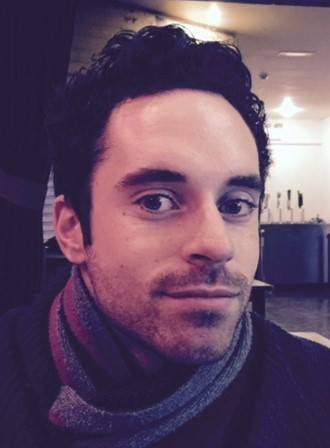 Hi Neil, can you tell us a little bit about yourself?

I’m Neil Slevin, a 27-year-old writer from Co. Leitrim. By trade, I’m a second-level English teacher, but in 2015 I took a career break to complete an MA in Writing at NUI Galway. I will graduate in November and work as a Content Writer for mocks.ie in Galway City.

Since September 2015, my poetry has been published by numerous Irish literary journals, including The Galway Review, Boyne Berries, ROPES, Poems in Profile, and Into The Void, as well various international journals, such as Scarlet Leaf Review and Artificium: The Journal.

Although poetry has been my go-to medium thus far, I also write a combination of non-fiction and fiction. Last year, I contributed regularly to NUI Galway’s student newspaper, Sin, whilst editing its Culture column and Entertainment section, and I worked as a reporter for the Lifecourse Institute, also of NUI Galway.

Meanwhile, as part of my MA degree, under the guidance of Mike McCormack, I began to dabble in fiction, writing a contemporary ‘fable’, the opening of novel, and a series of flash fiction pieces, one of which will appear in the December issue of The Incubator.

Congratulations! Can you tell us more about that piece?

That piece, entitled ‘My Ball’, is one of a series of stories I have written as part of a flash fiction collection, Flashes, a title that plays on the genre of the collection and the fact that each piece is based loosely on a childhood memory.

Since I began the MA, I had wanted to experiment with flash fiction. I have always been impressed by its compression and impact as a genre, and I felt that what I’d learned in poetry during the year-long course, along with my initial fiction work, would enable me to succeed in writing some.

What followed this desire was a conscious decision to mine my childhood for anecdotes and stories relating to my growing up in the Northwest of Ireland. I have written five pieces to date, three of which I think are publication-ready, and I intend for Flashes to be a suite of stories sequenced chronologically and, where possible, by theme.

I can’t say much about the plot of ‘My Ball’ itself (because the story clocks in at just over 500 words); however, come December, you should be able to read it here as part of Issue 11: https://theincubatorjournal.com/. Furthermore, where possible, I share links to my work via https://twitter.com/neil_slevin.

Being published is obviously important to you. What’s your take on publishing in the West of Ireland?

As an aspiring writer living in Galway’s heart, I’m not as knowledgeable as I should be about Ireland’s western publishers. However, I do admire two of our local publications, Crannóg and Skylight 47, while I would very much like to work with Doire Press and/or Salmon Poetry in the near future as I move to publish my first chapbook and, subsequently, my first poetry collection.

I think western publishers – in fact, any organisation or space that enables writers of the West to find their voice, and I include Over The Edge in this – are incredibly important, because although there is a wealth of literary talent here in Galway and throughout the West of Ireland, talent always needs an outlet for its expression.

Who are your favourite fiction writers and/or what books have you enjoyed recently?

Having considered the West in terms of publishers and publishing, I think it important to ‘go West’ when identifying my favourite Irish fiction writers of this moment. Recently, I thoroughly enjoyed reading Mike McCormack’s Solar Bones, and I’m sure he won’t mind me saying that a small part of the pleasure of reading his book from cover to cover was knowing a fraction of the man behind it, and the process he undertook to write it, from taking a fiction class with him at NUI Galway last spring.

Outside of Galway and Mayo, and, I’d imagine, like the majority of the Irish literary world, I’m a big fan of Donal Ryan. Being a poet by instinct, I’m still a little sceptical of the short story genre but I found his recent collection of stories, A Slanting of the Sun, to be a real grower; I enjoyed it more and more with each story I read. I look forward to reading All We Shall Know.

What changes do you envisage for print and digital publishing in Ireland within the next 5 years?

I suppose the main change I envisage for Irish publishing within the next 5 years is the increasing popularity of digital publishing. I notice that many Irish journals now publish their respective issues digitally before moving to print. Some, I imagine, will move to operate solely through digital media and print only to demand.

I always enjoy the opportunity to read journals online, but I still love reading them in print, especially any contributor copies I’m lucky enough to receive.

So, writing-wise, what’s up next for you?

Well, the ‘next’ thing for me is our conferring on November 24th, but I am looking to the future.

By then, I hope to have received at least one or two more pieces of good news, such as a further publication credit for one of my poems or stories, or an invitation to do an interview or reading. Taking the year out has heightened my focus on writing; sometimes it feels like I live from one piece of good news to the next – and that can be a slow if rewarding process.

In the mean-time, I am working on some new material, a batch of poems for which my working title is ‘Breathe’. Thus far, ‘breathe’ has been a recurring idea in many of these poems, sometimes merely as a reference to the act of drawing breath, in others as a more significant metaphor. At least some of these poems, I hope, will make it into my first collection, which has the working title of The Letters I Never Sent.

Care to tell us more about that project?

Yes, and no. For me, the paradox of writing quite personal poetry is that I want it to be successful yet don’t wish to explain it that much. It should speak for itself.

Nevertheless, just over three years ago, I began to write poetry with the intention of doing the MA and pursuing a writing-based career, and ‘The Letters I Never Sent’ was my starting point. I thought about many of the things I never had the chance and/or courage to say, the people I never said them to, and I wrote ‘the letters’ that resonated most with me.

Of those initial poems, what became ‘Food for Thought’ is still standing, as is ‘The Ticking Clock’, and working around them is what was the beginnings of a new style. Many of my poems are written in the first-person, their narrator me; this was where that writing path began.

Super! Thanks for taking the time out to talk to us, Neil.