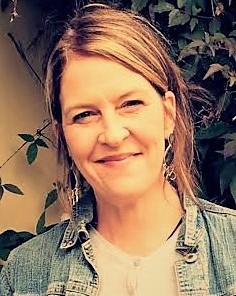 Una Mannion teaches the BA in Performing Arts and is the Chair of the new BA in Writing and Literature Degree at Sligo IT.  This week I asked her about her poem Crouched Burial, which is inspired by the discovery of a child’s body during an excavation in the summer of 1981.  We also discussed the possibilities for collaborations between writers’ groups in Sligo and Galway, the new BA course in Writing and Literature which starts in September 2017, the North West Words group, the MA in Writing course at NUI Galway, the Sandy Field Writers’ Group, other writing projects Una has been working on, and her Yeats Day event in June.

Una, big congratulations on your 2017 Hennessy New Irish Writing Prize for the poem Crouched Burial. It was inspired by the discovery of a body in a field at your family home in Culleenamore –  can you tell us about the story behind the poem?

Thank you. I still feel quite overwhelmed about it. It is such an honour and I go through all the gradations of  emotion from feeing totally unworthy to extreme elation.

The poem was directly inspired by the discovery of a child’s body during an archaeological dig in the summer of 1981. Archaeologists asked to dig two trenches in our field and were expecting to find evidence of hearths, animal bones and that kind of thing. Excavating the bones of a child was completely unexpected. The body was buried with a blue glass bead placed next to the rib cage and the child had a brass earring, details I found sad. The crouched position, the child on its side, knees drawn up, head bent, indicate that this was a ritual burial. It haunted me. Why was the child brought here? Who brought her? And why was she buried in this way? I had read something about liminal places for childrens’ burials in later centuries. I tried to imagine the mother, her loss, and her need maybe to return to the child, whether in this life or the next one.

Amazing! You also won the fiction category for this year’s Cúirt New Writing Prize, for your short story ‘The Bright Lake,’ and you won the Doolin Writers Weekend Short Story competition for your short story ‘A Shiver of Hearts.’ Where can readers find these stories? Can you tell us a little bit about them?

‘The Bright Lake’ was published in The Incubator, Issue 10 which is edited by Kelly Creighton (https://theincubatorjournal.files.wordpress.com/2014/06/the-incubator-issue-10.pdf). The title references Lough Gill in County Sligo which means the bright lake. The story is about a woman who discovers her husband’s infidelity the morning of the solar eclipse in Ireland. She ends up at the lake. I think sometimes in writing a story the place you choose to locate someone starts to bring its own history and meaning. I didn’t intentionally choose Lough Gill but when she is there and is told the story of Gill for whom the lake is named, she begins to think about multiple stories of female shame and violence against women that the lake holds. It is a dark story, that sense of everything being wrong when a black circle appears where the sun should be.

‘A Shiver of Hearts’ has not been published. I am hoping that it will be. That story probably shares concerns with ‘The Bright Lake,’ in terms of looking at the erasure of female bodies. The teenage narrator starts to question how she and other women, including her own mother, are not allowed to be real in their bodies. I hope that doesn’t sound didactic because when I am writing my aim is to tell a story and to be emotionally truthful, not to send a message.

You recently commented on the new BA (Hons) Degree in Writing & Literature, which starts in September 2017, as being a ‘milestone for Sligo and the North West.’ It will cover fiction, nonfiction, poetry, screenwriting, playwriting, flash fiction, cultural journalism and other forms of writing. Can you tell us more about the modules on offer in the programme?

The new BA in Writing and Literature is brilliant for Sligo and the response to the course has been unbelievable. Each semester there will be a Writing & Practice module which is basically the writing workshop. These will be delivered by a visiting writer each year, so that over the three years, students will have worked closely with three different writers and their respective editorial styles. The shared modules with Performing Arts include Performance Analysis- in this module we go on field trips to the Dublin Theatre Festival, readings, performances, and exhibitions. There is a strong foundation in the study of literature and theory in different historical moments: the novel, the short story etc. There is a Contemporary Irish Writing module. Rather than large scale survey courses, our modules opt for depth and consideration of form. The course emphasises applied writing as much as possible, for example, a video production module runs alongside the screenwriting module, or the study of the short story form coincides with the short form Writing & Practice module. The publishing module in the third year will give students the opportunity to do a work placement.

On Thursday the 25th of May you will be delivering readings at the North West Words night, along with the Pen2Paper Writing Group, in Letterkenny. Can you tell us more about North West Words, and this particular event?

North West Words is a group committed to promoting the Arts in the North West. They host a monthly reading series the last Thursday of each month in Florence Food Co in Letterkenny, Co. Donegal. They are involved in multiple initiatives including an online magazine. I am really honoured to be invited to read with Pen2Paper Writing Group who are based in Letterkenny. I am really excited and at the moment am going through the process of selecting what to read.

Last year you completed the MA in Writing at NUI Galway. What were your favourite aspects of the course?

It was one of the most important years of my life and the most important in terms of writing. Doing the MA meant that I had committed myself to writing and was giving myself permission to do this. I was working full time still in Sligo and commuting up and down but what I was getting in Galway invigorated and fed me. We had a Writers Seminar through both semesters where we met writing practitioners weekly from multiple genres: nonfiction, cultural journalism, environmental journalism, music journalism, fantasy, literary fiction, poetry and many others. The writers spoke about why they write, their process, how much they write a day, where they write as well as practical advice, such as how they went about getting an agent and how they got published.

I took fiction and nonfiction both terms and they were excellent. The portfolios we submitted were large. This has benefitted me because since I left Galway I still have so much material to work from. I think this is important when you are leaving a structured environment and then are on your own in writing terms.

You are also a member of the Sandy Field Writers’ group based in Co. Sligo. Can you tell our readers more about the group’s activities and events, and how people can get involved?

I am fortunate to be in a writers’ group that has offered me unconditional support the past three years. There are eight of us in the group and we meet twice a month. I often say the most important thing the group gives me is a deadline but they give me much, much more. It is because of the group that I have continued to keep producing and because of them that I started sending work out.

Are there any potential collaborations between writers/creative writing students from Sligo IT and students/writers in Galway? Would you like to see old abandoned buildings being utilized and repurposed for writing classes and events in the West & North West of Ireland?

I love the idea of collaboration between writers in this region and think there are endless possibilities. In our Performing Arts course we have already used abandoned buildings to showcase work. Last week our Theatre Design students presented their show in the old Sligo Gaol. Most people in the town have never been inside the building, but for one night they went through the cells looking at the model boxes. The building was amazing. Last year my Shakespeare class hosted a promenade performance of Romeo and Juliet for Junior Cert students in Source Sligo which once was a restaurant and cookery school, but has been disused for a number of years. Sligo has too many buildings in the centre of the town not in use. I think a shared reading with writers from Galway and Sligo would be amazing. In fact, I think we should do it. We could have one night hosted in Galway and another in Sligo.

Awesome! You also teach the BA (Hons) Degree in Performing Arts at Sligo IT. What are your favourite aspects about teaching this course?

The students. I can’t tell you what it is like to teach on a course with students who love what they do and are completely committed. Theatre makers have to collaborate and we work on so many projects together and with the extended community. I teach a Live Art module which I quite love and students do durational performances or social installations that they devise themselves, and they engage with audiences, space and their bodies in a different way than in a theatre performance. We have one night of performances between three buildings in the town. Some of the performances are in alleyways or in the old Denny’s factory barns where there are still meat hooks on the walls. It is gritty and unpolished but in this students express issues that concern them and have the opportunity to self-direct.

Can you tell us about the novel you’re currently working on?

I remember doing my thesis and people telling me if you can’t get your argument into a succinct sentence there’s something wrong with it. I think my novel might be suffering. I can’t seem to say succinctly what it is about: a family and the children’s grief at their father’s death who their mother had left before he died. It takes place in the early 1980s and is set just outside Philadelphia. It’s narrated by a fourteen year old girl and I suppose it could be called a coming of age story but it is also other things.

Do you have any writers’ retreats or festivals lined up for the summer?

I went to so many last summer and think it is important to immerse yourself in the world of writing. I always come away bolstered and ready to write. However, this summer I have only my caravan lined up so that I will write. Every. Day.

Is there anything else you’d like to share with our readers, about any other upcoming events or projects?

On Yeats Day, June 13th,  I will be reading in Sligo. In late July I will be giving a talk on Yeats, Place and Visual Art Practice in Sligo in the Factory Performance Space. In September, I am really honoured to be reading with the poet Geraldine Mitchell at the Linenhall in Castlebar.

Fantastic! Thanks for taking the time out to speak with us, Una.

If readers would like to further discuss collaborations between writing groups in Sligo and Galway, feel free to comment on the website about any future projects.