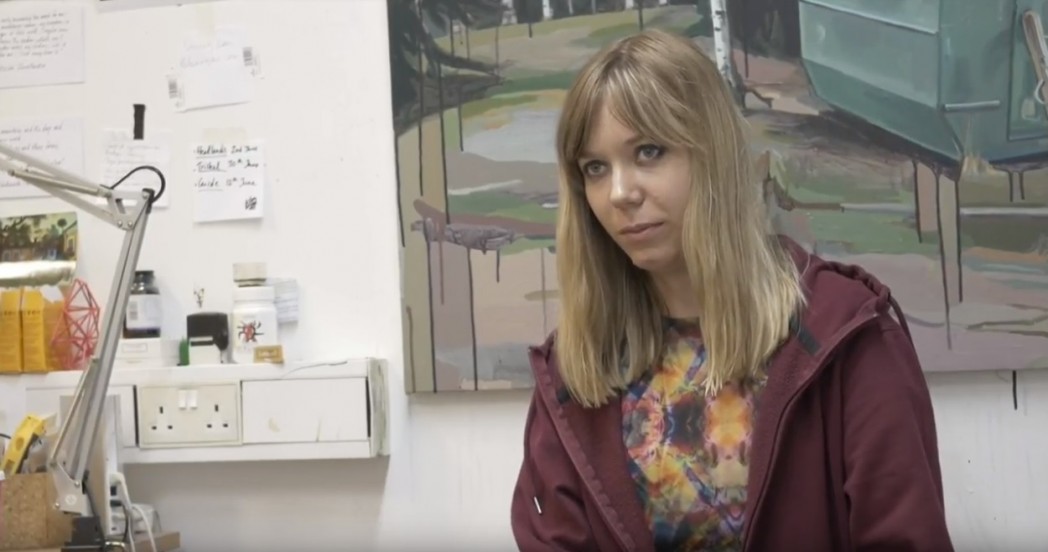 AMW Visual presents Introspect; a series of intimate and reflective sessions with some of Ireland’s most interesting creative minds.

Cecilia Danell is a Swedish-born, Galway-based artist working with painting, film and installation. Through her own encounters with the Scandinavian landscape, she explores the theatricality of places that become imbued with artifice, as they can’t live up to the human need for that which is primal, wild and untouched.

Danell’s Galway Arts Centre exhibition ‘The Last Wilderness’ (2017) was based around the proposition: ‘In a post-nature future, the unconscious mind will be the last wilderness’. Cecilia Danell has exhibited widely in Ireland, including solo exhibitions at Galway Arts Centre (2017), which received a five star review in the Irish Times; The Dock, Carrick-on-Shannon (2017); Eight Gallery, Dublin (2014); Wexford Arts Centre (2012); and Talbot Gallery, Dublin (2012).

She will feature in ‘Futures Series 3 Episode 2’ at the Royal Hibernian Academy in November 2018, with a forthcoming solo exhibition at Ashford Gallery, Royal Hibernian Academy in 2019. She is a current recipient of the Arts Council Next Generation Award and has previously received Arts Council Bursary and Project Awards (2010, 2011, 2017), the Wexford Arts Centre Emerging Artist Award (2011), Bursary- and Tyrone Guthrie Residency Awards from Galway City Council and a Nordic Artists’ Centre Dale Residency Award funded by the Norwegian Ministry of Culture (2016). A publication on Danell’s work to date with an essay by Sue Rainsford was also launched in March 2017.

Danell plays music as solo act A Lilac Decline and in the band Cubs, who will shortly release a new album on the Rusted Rail label. A Lilac Decline released her debut album on cassette in 2017 on Rusted Rail and was named Galway Advertiser Solo Artist of the Year. She is currently in the process of recording new music.

“Really gorgeous stuff and highly recommended” – Norman Records “(the) Music having a ghostly, hazy beauty that is hypnotic and easy to get lost in” – Terrascope.

More info on Cecilia Danell’s art can be found at: www.ceciliadanell.com

Listen to A Lilac Decline at: https://rustedrail.bandcamp.com/