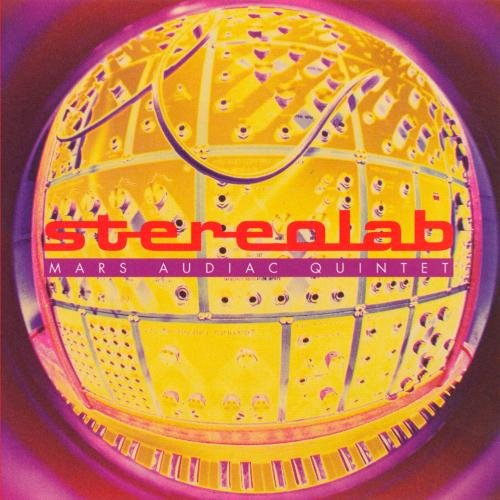 Hello friends. Normally on this blog I find myself chattin shit about stuff and reviewing stuff good, or is it chatting shit and goodly reviewing ting? I can’t tell. Some years ago I suffered what some would call a mental breakdown. I lived alone in a decrepit, now condemned, shithole with my now deceased dog “Síle” whom I do not think I will ever stop missing until the day I myself pass on. Autumn 2011: it was during this period that I felt the harsh wind of dubstep blow over me and it was during this time that I had built up a tolerance to its delightfully disgusting bass designs. An existential crisis was abound and I could not get the idea of being completely insignificant and pointless out of my head.

I was on E’s for the duration of 4 days with no sleep, something I am not sure if I could ever handle. I had something like 20 of them in my system and while off my head I broke into another vibe outside of the realm in which those who were partying at my house were; a dark introspective epiphany. It was the harsh reality that there was no longer any form of higher power, the drugs had made me aware that we are probably all alone in the universe and that there is no god. We all die and that’s that. The last person to say our names before they die is when we are well and truly dead and this had just entered  into my reality tunnel while being barely able to stand up in between bites of my very own face. Up until this point there was vehement agnosticism, a distraction from the true wrestling match, the wrestling match that I didn’t even know I was avoiding. It was during this time that I felt alone ,no matter who was there around me. I was alone, nobody could understand what was going on inside; “those useless fools can’t empathize nor sympathize with me” I thought.

My dog, a creature innocently thrust into this universe from the void armed with no awareness of what is, what may be or what just plain isn’t, would look at me with her delightfully cute and clueless face and I would think to myself “You lucky little bastard, I love you so much”. The sheer innocence of the existence of my dog kept me in check; “If such a beautiful, pure thing can exist then surely things are not as bad as they seem”. I grappled….nonetheless I grew paranoid and fearful, living alone during the harshest winter I had ever seen, in a house that was falling apart, no heating, no fire place, just cold and damp but soundtracked by the howl of the wind intruding through the drafty holes in the windows. I isolated myself for a time, walked my dog, made friends with those who worked the till in the local shop as they became the only people with whom I would converse for weeks on end. The loneliness needed a place of its own to live and thus it had manifested inside of my head in the form of guilt, depression, regret and longing. Another side of me was born, a new character through which I would live: a voodoo doll comprised of my own despair, the characterization of all that is wrong with me, rumination of guilt, self pity/loathing and negativity. I lived in an invented world of loneliness, sparked by loneliness as a defense for loneliness to avoid loneliness. In a word: misery. It was during this time that a friend of mine took me for a drive to try and wake me the fuck up. He showed me Dots and Loops on FUCKING TAPE. That fucking synthesized harpsichord mashed with those jazzy “la da da” 60s influenced jazz vocals took me by surprise. I’ll never fuckin forget that day, those lonely, sparse, reverb effected vocals suited the state of my brain at the time; dark, uplifting and unsettling. After the drive I got straight onto my computer machine and downloaded the fuck out of their discog. My love affair with dubstep had come to an end. It was time to come back to the world of weird experimental shit. I devoured album after album but settled on the album Mars Audiac Quintet for its organ-style drones, lack of key changes and outright tomfoolery in the foley room.

During the sleepless-insomnia affected nights I found that the only things that could lull me into a sense of sleep were “Wow and Flutter” and the timeless beaut “Three-Dee Melodie” – this and my warm dog curled up next to me while the weather stormed on in the trees surrounding. This was in and of itself a dystopian version of heaven. For every moment of self hate, there was a moment of Laetitia Sadiers’ beautiful vocal to counter it, even if I didn’t speak a fuckin word of French.

Every night at 7am In the morning I would put my playlist on before bed. I had boiled it down to about a 10 or so track playlist comprised mainly of tracks that were either in the same key or were heavily reliant on one groove, nevertheless it was a Stereolab ‘Best Of’.

As you can see, my deep seated love for Stereolab is incredibly personal but on a side note: mental health issues are real and are all around us. If you don’t believe me just look at that pile of orange steaming shite that’s threatening North Korea right now, get back to me and say you don’t think a couple of months in counselling could have at least lessened its fury.

The first Stereolab song that entranced me was “The Flower Called Nowhere” and when I found out how old they were I couldn’t help thinking that Stereolab had been doing Radiohead better than Radiohead, before Radiohead had even thought about writing Kid-A. Stereolab were the acid drenched architects that blueprinted Radiohead themselves. No quantity surveyor could have ever predicted the brilliant King of Limbs’ basement sessions, you know the one with two drummers?  Had they told Stereolab at that faithful time in the ’90s of their eventual knock on effect maybe they would not have broken up (regardless of the tragedy that ensued).

I now listen to dubstep again and am on the road to accepting that depression is something that you basically just have to live with and build up a tolerance to. Its not something you can just defeat (unless you can, we are all different!). Keep on truckin folks XX