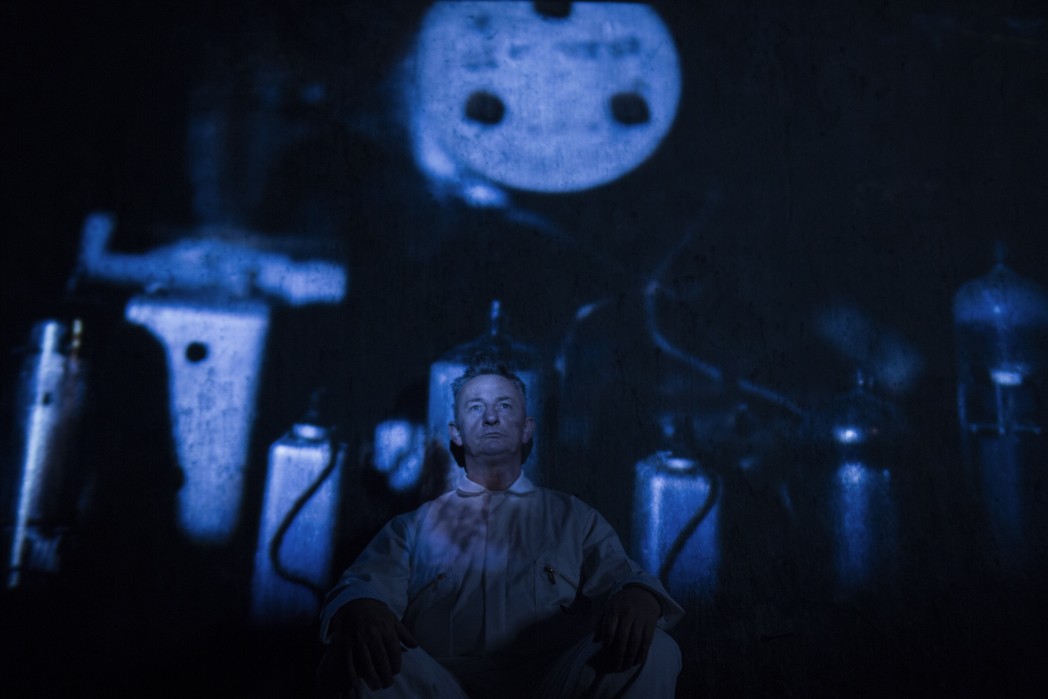 “Nee is a genius…mesmeric and hilarious” Irish Times

Against a background of rising fascism, sometime in the near future, a disillusioned cabaret singer falls in love with the radios of our past…

Little John Nee is widely regarded as one of Ireland’s leading solo theatre performers, a writer and performer, whose style of storytelling theatre with music and song has won him international recognition. This exciting new production has been developed through FUEL – Druid’s Artist Residency Programme.

The narrator of Radio Rosario,  Valve Hegarty, is a weekend cabaret singer living in Galway city who does jingles to pay the rent; a drudgery that weighs heavily on him. He has a hankering for something of substance and is drawn to 20th century valve radios – beautiful contraptions that shaped the events and the consciousness of the twentieth century. A chance meeting leads him to the site of the Connemara Marconi Wireless Station, built over 100 years ago. A soundscape of ghostly broadcasts begins.  The music of a dance orchestra transforms Valve’s kitchen; vintage advertisements try to sell us products from the past; Franklin D. Roosevelt invites us to join him for one of his legendary fireside talks; Winston Churchill declares, “We shall fight on the beaches…”

Radio Rosario is about the hijacking of imagination for nefarious purpose, and the subsequent deficit in imagination to create a better world – a serious comedy about frustration and foreboding and the search for fulfillment, and an ode to “the magical wireless” / “that radio yoke”.

“i record audio for advertisements.

but really i’m a singer

Little John Nee is widely regarded as one of Ireland’s leading solo theatre performers, a writer and performer based in Co. Galway, whose style of storytelling theatre with music and song has won him international recognition.  In the early 1980s his performances as Charlie Chaplin saw him established as one of Grafton Street’s iconic street characters, before a move to Galway in 1986,  when he joined the fledgling Macnas whom he performed with for many years. In the 90s Little John became convinced of the simple power of human communication.  Since then he has developed and refined his unique style of musical storytelling with physical theatre, with works including The Derry Boat, The Mental and Rural Electric gaining rave reviews in Ireland, the UK and the US. He has also recently published a book of haiku, The Apocalypse came on a Friday. Little John Nee was the recipient of a Galway City and County Theatre Residency (2007-2008) and an Arts Council Theatre Artist Residency Award at the Town Hall Theatre (2013-2014).