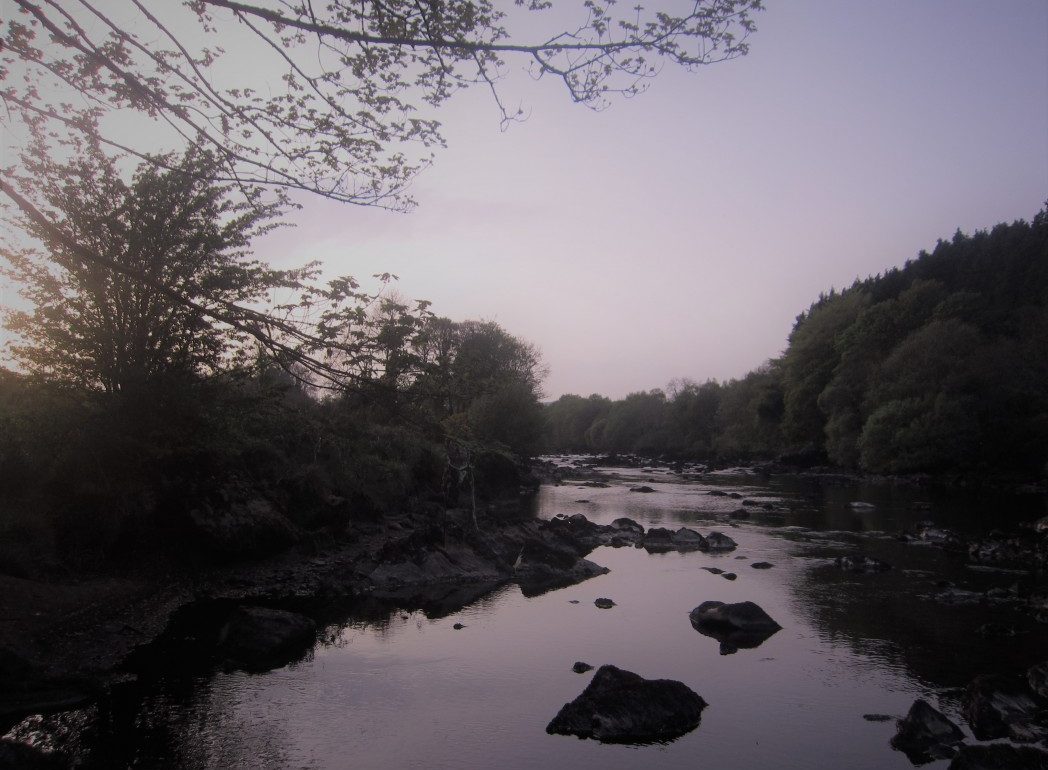 Procrastination is the thief of time. A few months ago a draft of this article was aimed squarely at the then Minister for the Environment, and half way through a few drafts that minister was relieved of their duties due to some behaviour that wasn’t doing well in the optics. I wish for the time where the phrase ‘bad optics’, the associated mentality it proliferates, along with its societal effect of seeing the electorate, or ‘people’ as they get called sometimes like a bunch of spores that either react favourably or unfavourably to various doses of information or misdirection, is looked on as the ‘let them eat cake’ era of politics both in Ireland and further afield.

Our politicians are in contract with media minders, public relations firms, election managers, and social media gurus, using money from the taxpayer to try to copper-fasten their careers. Every delicate scenario that rises to a national level is being analysed through the cursed optics, and the consummation of this will be a well-honed budget followed by the next election campaign it was designed to facilitate, and the optics of this are absolutely awful.

Optics will not fix anything. PR contracts will not fix anything. In fact, if a contract with a PR firm ever fixes anything in Ireland it will be the absolute proof that democracy has ceased entirely as our government devolves into a mouthpiece for minders, and PR firms, and all lean to the magnetic north specified by the moral compass of the highest bidder. Procrastination may mean that by the time this goes to print we’ll have forgotten about #SwingGate, we’ll have forgotten why the environmental minister was ousted and replaced, we’ll have forgotten about the new oil explorations, and we’ll have forgotten about all the greenwashing that came before. The utterance of the words ‘Climate emergency’ from our Taoiseach is the Mount Everest selfie death camp summit of it all. This, is the almost liberating moment when it can be confirmed, that words mean absolutely nothing in Irish politics.

And they really don’t. At best they’ll take on a very different meaning as the years roll on. I’m old enough to have lived through the abject complacency of the era that brought about the financial crash. There were plenty of people like me who saw that financial storm as completely unsustainable madness and were only really surprised in the end by how slowly, badly and childishly our political circles came to understand this. It was 12 years of glib handouts to the middle while the top brass were paid enough to keep their mouths shut, all of which was to be paid for by people who had yet to work their first job, be born, move to Ireland, cast their first vote, or consummate their first optic. Young people left the country at an astounding rate, and they were right to do so. Why would you stay living in a financial model designed to forever kick the can onto your back? Those who stuck around either had a grim few years or were close enough to the old boys’ club to be favoured into a job, a soft number, a handy start. A pyrrhic victory for the tribalistic nepotists. Even with that effective culling of the young electorate, the traditional parties get less palatable with every election.

The thing about being old enough to remember all this in quite vivid detail is that the old familiar feeling is back, that we are back in a state of borrowing deeply from the future to satisfy optics of the coming election cycle. The scale is ever more grand this time, and the imagining of money from Europe, money from the IMF, money from the UK, or investment from the superpowers of the time will not be there to suture the hemorrhage. The IMF cannot provide us with frogs, they cannot guarantee the frogs, nor can they issue frog bonds. Deaths of frogs in South America was one of the reasons scientists and ecologists started a concerned study around extinction. Scientists, just like engineers, love an answer. They don’t really have agendas, just observations. Why were the frogs dying off? If the frogs had been multiplying at a plague level and setting up favelas outside the rainforest to cope with their exploding population, then you can guarantee there would be an equal number of nerds with clipboards hunkering about the place trying to collect frog pee to see if it would tell them why. But this is not the case. Animals are dying off at a horrifying rate, and guess what? We are also animals.

As animals we do not have time to labour over the minutiae of carbon tax and the fine optics of the legality of plastic coffee lids if we want any kind of stable future for the next few generations, including those we are sending to school right now. This is happening in a period when environmental action can only be discussed seriously if it can be proven to not disrupt the financial status quo. We are being asked to make the business case for survival.

Carbon tax is a meaningless, non-intervention, that only a politician could invent. The reason it is being touted is very simple. Success in Irish politics relies heavily on a combination of being seen to have done something for someone, while doing as little as possible in the fear that it might annoy somebody else. At this point you are probably thinking you’ve opened someone’s communist manifesto booklet by accident and are feeling the urge to swipe left. This is not the case. Please, read on, we have much to discuss, comrade.

We don’t have the political or financial model to deal with the ecological reality we are in. Financing a move to a low-carbon environment is not going to fit in our budget as another tax. Another tax will not stop the influx of a few more billion litres of oil over the next few months, another tax will not intervene with private operators importing tens of thousands of petrol and diesel cars, another tax will not stop the big five or six supermarkets covering their shelves in familiar plastic packaging which we are then somehow responsible for dealing with while simultaneously not having infrastructure in place to do so. The deliveries will arrive on Monday and will be sold by Sunday and there will barely be a second between to consider another option. Another tax, tied to the purchase of carbon, will not remove our revenue system’s dependence on the import and sale of oil. In fact, it could be considered an admittance of dependence on the stuff.

There are two types of survival involved in this. Human survival and political survival. One of these is important. Going against the grain of an established lifestyle does not win elections, but this established lifestyle does not facilitate survival – yet, no matter how many times it has been brought to the table, the optics somehow can’t be comprehended. The cold reality of this is that we eat the cake too. We are eating cake while wondering why the next generation does not eat cake. Political culpability is an easy outlet, the weekly prime time outrage cycle functioning as a national confessional box sapping up the energy that might be used to work towards solutions while feeding into the ongoing outrage economy of social media, which in itself has a carbon footprint that cannot be ignored. The outrage economy is always in a recession. Katie Taylor returns holding multiple belts from taking on the world at the precipice of a flawless career, and within an hour, Shane Ross is trending, not Katie.

This is the moment we need to own up to. We are effectively at war with our own planet, we are greatly over extended as it moves its pincers into place, and it may be beautiful but it is not merciful. Get the bus. Get rid of the cars. Don’t buy new. Don’t buy big. Stop mowing lawns. Let things grow. Learn to make. Don’t buy plastic. Indulge in new ways. If it doesn’t grow here, don’t eat it. Smaller houses. Fewer devices. Fewer conveniences. Go outside more, there is vitamin D on cloudy days too and we do not need to fly for two hours to stock up on it. Volunteer for something that helps your community move forward, or reduces the mess we are making. These are changes we either have to make, or will be forced into making by sheer need in time; the only question is do we do it by choice or by attrition and do we do it quickly or slowly, or are we another generation of can kickers?

The current Minister for the Environment, who may also have been ousted by the time this goes to print has a job which is not possible because by being Minister for Communications, Climate Action and Environment they have a completely contradictory brief. Communications draws in the massive budgets of the oil lobby and the plastic lobby and the imported food lobby on one hand along with all the wrangling of ‘redacted’ culture in Ireland, while Climate Action and Environment draws in the tiny budgets of the ecological lobby and the resource demands of the planet. The first thing this government needs to do is deconstruct this unworkable brief and construct a brief that can actually act. I’m not even sure it should be a ministerial post, considering the dreaded optics of trying to enact sustainable change while trying to copper-fasten a political career. Practically speaking, there are 15 ministerial positions in our current administration and none of them really should exist without Climate Action being the first level of their brief. Even then, making the kind of active decisions that are required, that will be deeply unpopular in the short term, that will not poll well and will not feed the desired optics for the target base at the next election might be too much for the average time-server in a suit with a pension to stomach, which leaves us, the end users of Earth, to deal with the consequences in a long, slow march to a very difficult few generations on Earth.

When the Irish economy last went bust, we were treated to the optical spin that ‘we all partied’. It was a bitter enough quote to hear for those of us who weren’t riding on the wave of that boom and those of us who knew it was inevitable. This time, the ecological system that sustains life across Earth is going bust and with it will come all sorts of recessions and depressions. By all reasonable expectations, the story will be written blood. It has been already well documented that inequalities will form a huge part of this, and they will not select social groupings in a way we have ever experienced in our collective memory. We are an affluent country with the means to take action, we know this now, so are we still all partying?

All images courtesy of Eoghan Holland