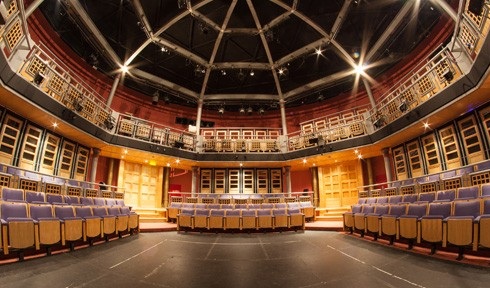 Inspired by Valletta2018, Malta’s upcoming European Capital of Culture, a few of the An Àit Eile team in Galway decided to move to Malta and see if we could learn from the preparations and events taking place there ahead of Galway’s own ECOC designation for 2020. Since arriving in Malta in June, one of the projects I have been undertaking is working with Spazju Kreattiv, in the St James Cavalier Centre for Creativity. Spazju Kreattiv is Malta’s National Centre for Creativity, and there are many opportunities available there not just for Maltese artists but also open to International artists and curators too.

St James Cavalier is a large 16th Century stone bastion in Valletta, Malta’s capital city. It was originally built by the Knights Hospitaller Order of St John to protect the city against further attack after the Great Siege of 1565. The building has been used for various purposes over the years but since 2000, it has been home to Malta’s National Centre for Creativity – Spazju Kreattiv, which is run by a small team, led by artistic Director Dr. Toni Sant. The centre hosts an independent cinema, gallery spaces, studios, workshops, a theatre, and a cafe.

Spazju Kreattiv’s mission is to be a catalyst for all forms of creative expression, and its programme includes Visual Arts, Theatre, Music, Dance, Film, Literature, and more. Spazju Kreattiv run Zigu Zajg (http://www.ziguzajg.org/), an annual Children’s arts festival in November which is similar to Baborò in Galway, and VIVA (http://viva.org.mt/), an annual Contemporary Visual Arts festival in June each year. It also collaborates with a wide range of other festivals such as Malta Arts Festival and Valletta Film Festival, and organisations such as the Chinese Embassy, the Polish Embassy, and Malta Comic Con.

The Spazju Kreattiv team select artists and projects for inclusion in their programme through an open call on their website and a peer review of submitted proposals. Since the centre’s Strategic Vision was launched in 2014, projects are selected for inclusion in the programme based on the three key themes: Identity, Diversity, and Legacy.  Spazju Kreattiv hold regular info sessions called IKKREA Sessions, where members of the team will talk through application criteria and discuss project ideas with prospective applicants prior to submission. Large organisations such as the Arts Council in Ireland have started to run similar information sessions regarding their funding framework. As anyone applying for funding or submitting a project proposal knows, it can be a daunting, and time consuming task, so the chance to hear directly from the selection panel about what they are looking for, and discuss potential pitfalls is a welcome opportunity. These IKKREA sessions are a useful initiative, and an idea that could be also be adopted by more small organisations that wish to make their selection process more accessible and transparent.

Spazju Kreattiv is a non-profit, government funded organisation but the facilities and spaces at St James Cavalier are available for private rental and are used for everything from children’s dance classes to corporate meetings. Thanks to campaigns such as Paying Artists (UK) and Ask! Has the artist been paid? (Visual Artists Ireland, IRL), a growing number of arts organisations in Ireland are now offering fees to artists taking part in their programme of events. Unfortunately, Spazju Kreattiv do not currently pay artists, however projects that are included in the programme receive several benefits. An exhibition or production with Spazju Kreattiv is often seen as a launching pad for many artists who then go on to work internationally. If an individual or organisation wishes to rent the theatre for a day, ordinarily it would cost around €800 per day, but if the project is selected for inclusion in the Spazju Kreattiv programme it would benefit from a significantly reduced rate of €130. It would also benefit from inclusion in the full Spazju Kreattiv marketing campaign.

The September 2017 – July 2018 programme was announced earlier this month in a press launch and reception that featured contributions from some of the performers, artists, musicians and creative producers that will be taking part in the upcoming programme. In the 2017/18 open call, 105 proposals were submitted. Of these submitted proposals, 70 successful projects were selected across 15 different artforms. These 70 projects do not include Cinema – which is an extensive programme in itself. The Independent/Art House cinema programme includes selections from top international film festivals and features over 300 screenings a year.  In the upcoming programme there are 14 Theatre productions including 11 new works and over 60 showings. 21 visual art projects have been selected by 15 curators from 10 different countries. One project called ‘WIN’ will see an artist sending a key to every household in Malta, inviting recipients to come to St James Cavalier, open a box and see what they have won. Another will be ‘Joan’, a multi-award winning one woman show by Drag Queen Lucy Jane Parkinson based on Joan of Arc.

The open call for 2018/19 projects was issued in June this year, and the link to apply is at the bottom of this page. Applications from International artists and organisations are welcome, and when you consider that nearly three quarters of all applications are successful, it’s well worth taking the time to apply.

During my work at Spazju Kreattiv I have been focusing on archiving the art collection and building on their database of past exhibitions. The Spazju Kreattiv art collection has been built up over the years due to a clause in the artist agreements whereby any exhibiting artist was asked to donate a piece to the organisation (I believe this has recently been removed). Thanks to this clause, Spazju Kreattiv now have a sizeable collection of artworks. By its nature, this collection is uncurated, and of varying quality and significance as artist’s are not necessarily inclined to part with their best work for free! The works are interesting historical documents though, and do serve as a physical archive of the kind of work that was shown at St James Cavalier during that period. These works are mostly kept in storage, but a project called PAST PRESENT FUTURE aims to re-address this and present the work to the public. An exhibition was organised by Spazju Kreattiv last year, presenting some of the works collected between 2000 and 2006, and inviting school children and artists to analyse the works and the value of archives and art collections. Findings were presented in a research paper this year and a key point that came up by both groups was ‘What’s the point having a collection if no-one can see it?’ So, following on from that, another exhibition will be held early next year with works from the 2007 to 2012 collection, and third exhibition will be held the following year with works from 2013 to 2018. Spazju Kreattiv hope to develop an online database of works and make information and access to the works available to the public.

Working on the archives has given me a really valuable insight into the type of work created and exhibited in Malta over the last 17 years. Although still showing more traditional work in media such as painting, drawing and sculpture, a noticeable shift has begun to occur and more experimental projects have been taking place. Particularly interesting projects have been organised by artists and professors at the University such as Raphael Vella and Vince Briffa. The exhibitions curated by Malta Contemporary Art director Mark Mangion are also particularly interesting.

I have been told that there is a shortage of professional Curators in Malta, and this is apparent in the archives too, as often the same few names keep popping up year in year out. This shortage of Curators is being addressed in part by Valletta2018 who run a Curatorial School, which I attended recently, now in it’s third year (more about that in another article later). Earlier in the summer Spazju Kreattiv also announced an international open call for curators, with up to €5,000 funding available per project. Unfortunately this open call for Curators 2017/18 has now closed but I would encourage any Irish or other international curators to consider applying next year.

Finally, I would just like to mention another project I have been working on at Spazju Kreattiv, which is the Wiki Loves Monuments competition. Wiki Loves Monuments is an international annual photographic competition held by Wikipedia each September. Professional and amateur photographers are invited to submit photographs of their local heritage sites and monuments chosen from a list of eligible monuments. These images are uploaded to Wikipedia to be made available to everyone via a Creative Commons licence. Each country nominates its own national selection panel and awards prizes to the top pictures from that country. The national top 10 pictures are then entered into an international competition and an overall Wiki Loves Monuments Top 10 Pictures are selected with cameras, equipment and cash prizes for the winners.

In Ireland, there is a top prize of €200, and at the time or writing there were 503 submissions. In Malta the top prize is €350 or a €400 camera voucher and there have 5,003 submissions (although over 2,000 of these were from the one user!). Entries must be submitted in September so, if you would like to apply, get snapping quick. Links with more information are below. You can also view last year’s winners here.