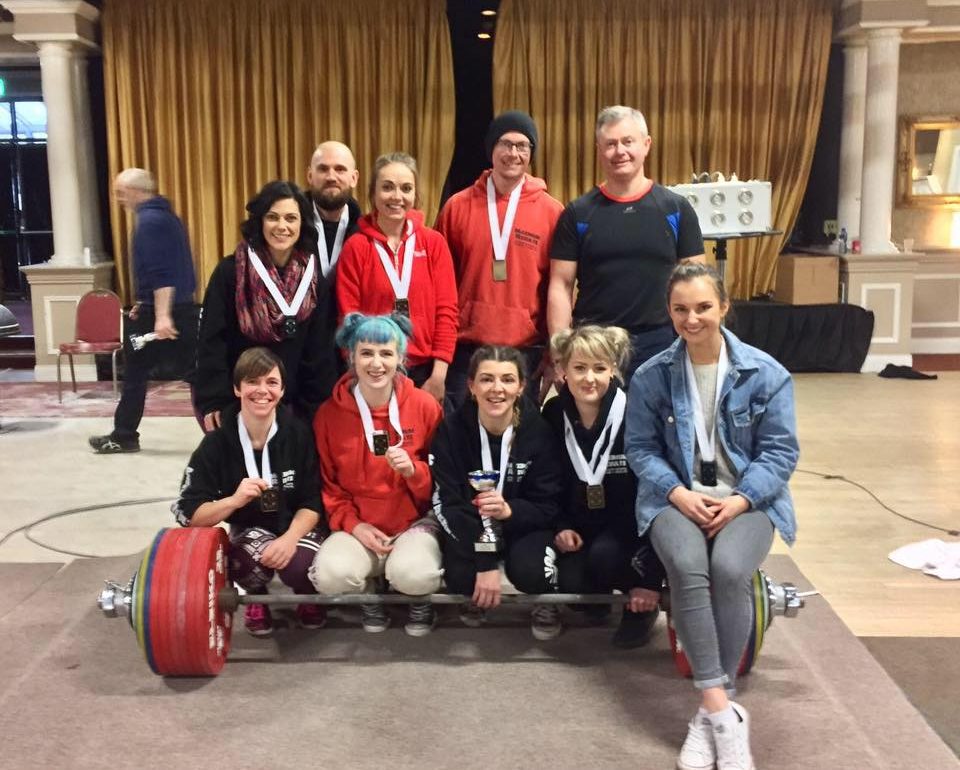 He started his practice in Ireland in 2010 with a focus on MMA training before moving on to Olympic Weightlifting and strength training in 2011. Maximum Results was born in a space upstairs in the building he now occupies on Forster Street. When the opportunity arose, Max moved the gym to the basement of the building, expanding it on an almost yearly basis to become one of the most respected independent gyms in the west. To begin with, Max tells me, it was just a “hard-core group of nutcases”; a small group of determined men trying to get bigger and stronger; but now there are three other trainers working out of the gym, varied membership plans, diverse training programmes and more female clients than male. In 2015 Maximum Results was featured in an episode of RTE’s Gliondar which highlighted the new craze for strength training and powerlifting.

Popular in the eighties and nineties, and once the domain of bulbous juiced up dudes, power lifting has seen a resurgence in recent years with numerous associations forming around the country. Maximum Results is a member of the Irish Drug Free Powerlifting Association which performs in-competition and out-of-competition drug testing, ensuring that all competitors are training clean all the time. This completely drug free and natural practice is the keystone to Max’s philosophy. ”It’s about training that strengthens your body in the long term without doing you harm” he tells me, highlighting some of the disturbing things that can go wrong with long term steroid use.

The natural strengthening that Max aims for extends beyond power lifters and nutcases to all of his clients. A major component of what he does is rehabilitation, having worked with people with cerebral palsy, arthritis, people who have been in accidents and postpartum women. Tailored to the individual’s needs, and based on incremental improvements, loaded weight training strengthens the muscles around a joint, increases control, mobility and movement and can completely transform a person’s situation. Combined with the naturopathy and herbal medicine provided upstairs by Órla O‘Flaherty and the massage therapy provided by both Max and Orla, Maximum Results begins to take on the visage of a physical wellness centre, a sweaty holistic basement retreat. But this would be to detract from Max’s main passion, his raison d’être: lifting heavy stuff and helping other people get better at lifting heavy stuff.

Up until last week Maximum Results had facilitated 114 individual performances at power-lifting championships and won a total of 69 medals. Since 2014 they had brought 44 athletes to competitions, 25 of which were medal winners, and had also won 3 world championship medals and 1 European championship medal. They held 2 national records and 1 world record in powerlifting. Now, after a very successful weekend at the IDFPA Single Lift Championships in Killarney, they have added 17 medals and 4 national records to that tally, even taking away the Best Overall Lifter trophy courtesy of Sandi Burke. Their success in Killarney now means they will be bringing a large team to the European Power-Lifting Championships in June. It is some achievement for a small independent gym in the west of Ireland and speaks volumes to the dedication and commitment of these athletes, some of whom are only recent converts to power-lifting. It is one of the endearing qualities of the sport that at any age, with no history of sport training, one can become a national and even a European competitor. All it takes is will-power and sacrifice. To conclude, I ask Max what it is that drives a power-lifter, what is it that changes an ordinary doughy person into a fierce competitive vein popping beast?