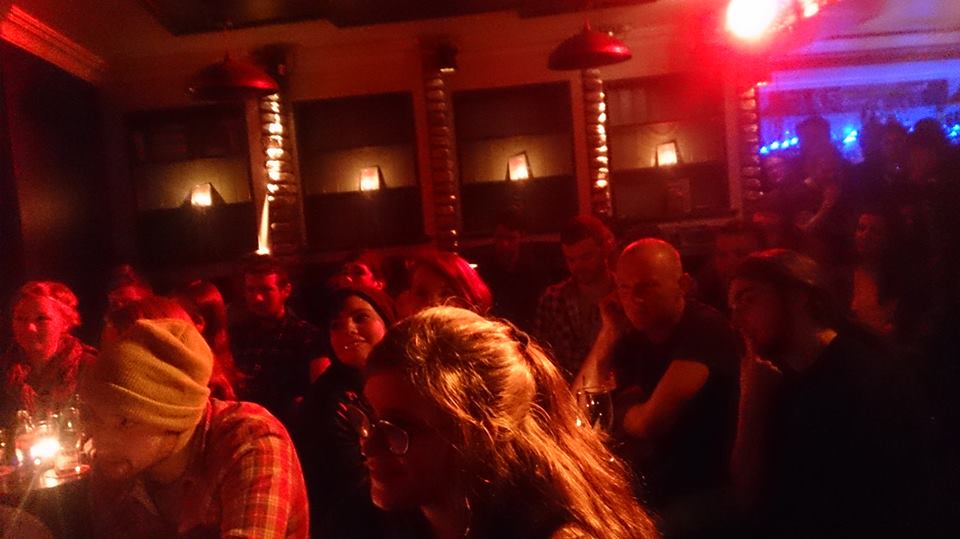 Last Sunday, I broke a particularly embarrassing personal duck* and attended The Open Mic Night, upstairs in the Róisín Dubh, for the first time. I have been playing music and attending gigs around Galway for the last 3 or 4 years and had never attended this event despite knowing that if I went along I would probably be greeted by a wonderful experience, encountering new singers and poets whom I had never seen play before. Yet every Sunday would come and go and I would make excuses of being too tired after work or just wanting to sit on the couch and watch Match of the Day.

This time, however, I finally convinced myself to stop wasting my Sunday evenings. As expected, it was one of the most rewarding nights out I’ve had in a long time. It really is a fantastic event with so many talented performers and an incredibly attentive crowd; it has deservedly earned its reputation as one of the best open-mic nights around. I have vowed to myself that I will try to go as often as possible from now on and, if you haven’t already, you owe it to yourself to do the same.

The most overwhelmingly positive feeling I took from Sunday evening was the sense of community; everybody there was there to listen to the acts and support them, nobody was there to chat or drink too much and heckle. In fact, anybody who did start to distract from the performances with overly imposing conversation was quickly hushed.

The performers themselves were also very engaging and generous with their time after each performance, heightening the bonds of community spirit. Stephen Robinson, having travelled from Dublin, left the audience in awe with his powerful, soulful voice and blues guitar playing. He then proceeded to hand out free copies of his CD, The Rest of the Night. I listened to this when I got home and recognised his song “It’s A Good Life” as the one he had played at the show and it sounds excellent on the CD too. Get to know his background a little better and listen to some more of his music by heading to www.stephenrobinsonmusic.com.

I also spoke to the very talented poet, Tomás Ó Cártaigh, after his recital of an original poem entitled “The Long Acre” and he, very generously, gave me a booklet containing all of his poetry to keep and peruse at my own leisure. “The Long Acre”wonderfully contrasts the response of a cow being killed on the railway lines in modern times versus the response to the same news in days gone by, the relief of the modern day passengers that it was only a cow that had been killed versus the worry and strife caused by that news in the Ireland of 100 years ago, when families relied on their livestock to survive. His delivery of the poem didn’t quite live up to the high standard of the content, but the words themselves were thought-provoking. The booklet he gave to me contained around 15 more poems, all with equally interesting lyrics. Tomás’ website, www.writingsinrhyme.com, offers more original poems and musings from his blog.

The stand-out act of the night was a female duo all the way from Boston, Massachusetts. Two Girls captivated the audience with their sweet harmonies and imaginative lyrics. The pair came to Ireland on the first stop of a European tour/holiday after graduating from the prestigious Berklee College of Music. They disembarked for the continent a few days later but I certainly hope they will be returning soon. Listen to their self-titled debut EP at www.twogirls.bandcamp.com.

I can’t wait for next Sunday!

*Interesting fact for today: the saying “To break a duck” originally stems from the saying “to break a duck egg”. It originated in cricket where, if a player had scored multiple scoreless bowls in a row, the oval 0s would resemble duck eggs. The player would then be breaking those eggs if they eventually scored.