“No Ropes for the Future” 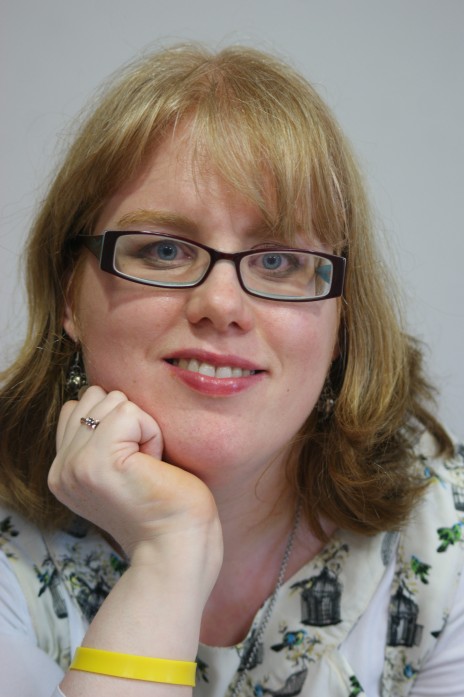 Q & A with Artistic Director of No Ropes Theatre Company Mairéad Folan who will present The Irish Premiere of WASTED by Kate Tempest at The Nun’s Island Theatre, 20-21 Jan 2017.

Give us the background of No Ropes Theatre Company and its beginnings?

The idea of starting up a theatre company came to me during the final write-up of my MLitt thesis. I was really missing working in a theatre environment and was wondering what I should do once I left NUI, Galway. There’s a funny story to how the company got its name. I was one of Core Theatre College’s first students. A mishap with a rope caused me to fall over during an improv exercise in one of the Lecoq classes. This resulted in the Core Theatre College tutors telling me “No Ropes for the future.” and thus became NoRopes’ inception.

What does your role as Artistic Director entail?

I’m constantly on the go as NoRopes’ Artistic Director. I am responsible for conceiving, developing, and implementing the artistic vision and focus of the company, and for major decisions about the ongoing development of the aesthetic values and activities. I also attend theatre productions/events regularly in order to develop good relations with like-minded people within the theatre community. As the Artistic Director, I act as the company’s spokesperson by conducting interviews such as this and maintaining NoRopes’ social media presence.

When did you first get interested in Theatre? And what did you go to see?

I have an acting background. My introduction to theatre happened when I was six years old. There was an Irish dancing class, happening after school, that I wanted to attend. To my chagrin, I wasn’t able to due to my disability. As a result, my mother sent me to Garvey School of Speech and Drama where I did the Irish Board of Speech and Drama grade exams and the London College of Music Acting Diploma under the watchful eyes of Orna Garvey. My first theatre experience was watching a Little John Nee show in the Galway Arts Festival. I wanted to be him…actually I still do!

What made you and/or the Company present WASTED by Kate Tempest  in 2017?

My first introduction to Wasted was during the contemporary theatre discussion group, Performance Matters, which I co-chaired with Lisa Fitzgerald. The rapid fire words of Tempest paint a picture of lives less ordinary in an unforgiving world. Wasted’s theme of hitting disillusionment with adulthood after the hedonistic freedoms of adolescence makes it an ideal production for NoRopes.

Can you tell us about WASTED and The world in which it inhabits?

Three friends Charlotte, Danny and Ted get together on the tenth anniversary of their friend’s death, each character trying to work out if they have the ability to break from their personal rut. It will bring its audience members both young and old, through a rollercoaster of emotions and memories of their younger years or present situation. The people who are nostalgic for being thirteen and thinking everything was possible. Those who spend all their time in the same relationships, with the same memories until you’re constantly repeating ‘what a night, man, what a night!’ on a loop, because there’s nothing else to say.

WASTED will be an Irish Premiere, How important is this for the Company?

It is such a coup for the company to have an Irish premiere so early in its repertoire. It feels that my work as a director has been validated.  There was a tough process in getting Wasted’s performance rights. I had to send the following documentation prior to getting Tempest and Paines Plough’s approval to stage Wasted: NoRopes’ manifesto and recording of The Open Couple, my directing CV and what I had planned for the production. James Grieve, director of the original production, contacted NoRopes recently to wish us luck on our run.

How are rehearsals going for WASTED?

Rehearsals are going great! I’m so lucky to have a great cast and crew behind this production. Collaboration plays a big part in my directing style. The end product will not just have my vision but it will have a combination of cast and crew’s visions. As a director, I found it fascinating how one line could be said in so many ways, the different emotions and feelings it could portray, for example just by altering the tempo and volume of how it was said. The importance of understanding the meaning of every word also came across as significantly effective and this was encouraged strongly in rehearsals and hopefully, as a result, we found the correct way to represent exactly what Tempest is trying to create in order for the script to have the most powerful and positive effect it could have on the audience.

Are there any Playwrights or Plays that inspire you?

I am often attracted to works where one or more character traits hit me in the core and I start wondering how to portray this onstage. I sometimes do the same when I’m reading novels. I guess it’s a side effect of my acting background or just another Mairéadism.

Brian Friel, Christopher Durang, Tennessee Williams and Christian O’ Reilly are just a number of playwrights whose work has intrigued me. I really want to stage My Mother Said I Never Should by Charlotte Keatley in the next few years but only when NoRopes is ready for the main stage in Town Hall Theatre.

What’s your theatrical highlights of 2016?

I can’t just pick one theatrical highlight as there were too many so I’ll give my top five highlights.

How can people discover more about you and No Ropes Theatre Company?

Any Theatrical plans for the rest of 2017?

Yes, all will be revealed in March. Keep an eye on NoRopes’ social media for further updates!