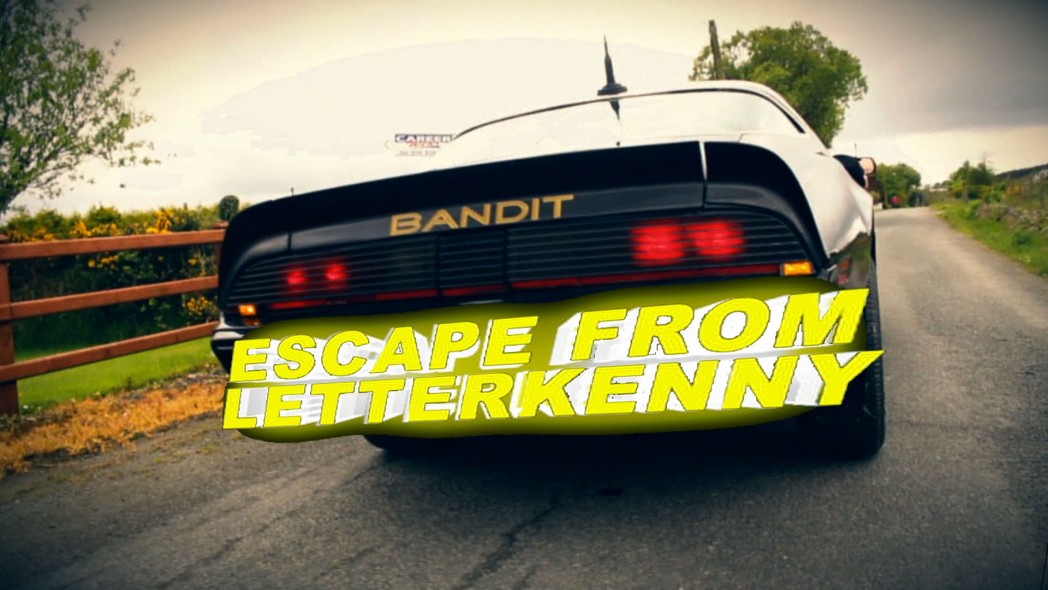 A series of articles on the north west cultural scene by Robert Mulhern.

Hello friends, my name is Rob and I am a Donegal man. I used to live in Galway and was a part of the scene there for a long time until I nearly became a total alcoholic and had to move away. I’ve since found meself all over the shop doing the musics everywhere with me band Tuath. Recently Dave Boland asked me to be his geographically northern correspondent for An Áit Eile. I used to write for PureM a lot and was almost exclusively writing about Donegal acts who seem to have trouble breaking the Galway/Dublin scenes. Well that used to be the case, not so much in the last two years thankfully. I see An Áit Eile as a much more vital outlet for Donegal folks as Westies gotta look after Westies.

This segment is rightly titled NXNW (North by North West). First person I’ve hit up is Bill Hazzard, a film maker/ musician who I have great respect for.

Bill Hazzard, head honcho of Narty Station Films from Letterkenny Co. Donegal (you know this place because of that horrendous Tuesday that you endure every year) is a man with many hats. Aside from being the lead creator in the band The Pox Men, he runs a not-so-tight, creaky yet intense and original film ship that could fall apart at any moment but probably never will until he himself ceases to exist (if, of course, he even exists at all).

Bill has recently finished his latest film, a film that comes across as being about fuck all but is in fact littered with so much in-depth cinematic brilliance that one would find it tough to fathom even the slightest hints in it’s contemporary cinematography. It is a story about passion, blood lust and a will to get the absolute fuck out of letterkenny for better or for worse.

I sat down with him to have a chat about how he came to be a film maker, the things that influence him and why he made this film (showing in the Roisin Dubh on Donegal Tuesday 2017 (14th February (Valentines Day (Rag Week)))). Let’s start with a quote…
What quote do you have for me today?
Quote? From what? What ye on about?

Okay… maybe tell us about this new film you have coming out…
It’s called Escape From Letterkenny, and it’s kinda the ultimate Narty film. There’s a huge cast of local nutters in it and it’s a feature length film. It follows the intertwining meanderings of some typical Letterkenny residents over a few highly eventful days. Some are good, some are bad, some are morally vague. All are trapped in the same town. It’s about breaking the shackles that hold you back by any means necessary, even if that means being a complete head case. It’s about standing up to your outer demon, literally. It’s about friendship. It’s about blossoming love. It’s about dodgy-looking drugs. It will wreck your head, in a good way. Or, at the very least, it will make you question what kind of God we have.

What was your inspiration?
This fuckin’ town.

And where can we see it?
It premiered in the Regional Cultural Centre in Letterkenny last September, and now it’s goin’ on a wee tour of the country. There’s a triple screening in the Roisin Dubh, Galway on Donegal Tuesday and we have screenings lined up in Dublin, Cavan, and hopefully Cork. We’ll try to get into The North too before the border gets sealed up.

How long have you been making films and what drew you to the idea of making films in such a blunt, brute force, raw manner?
Since near the end of the last millennium, 1999 AD. I was messin’ about with scripts and storyboards before that. I had no choice, it was either that or waste years trying to get into the ‘Industry’ and then forget what the fuck I was at at the start. I think that was it anyway. Cannae mind. Fuck. What am I at?

What is your favourite film and why?
Plan 9 from Outer Space, Stroszek, A Bout de Souffle, Rumblefish, A Fistful of Dollars, Yellow Submarine, Easy Rider, Stalker, probably one of them. Why? Cos they’re all Really Cool films to pick. But they were all an inspiration in one way or another.

Who is your favorite director and why?
Herzog, Godard, Ed Wood, Cassavettes. They’re all mad bastards who didnae give a shite if ye thought they weren’t doing it properly. And they weren’t trying to make the Best Film Ever. They’re all either dead or churning out shite now though.

What does be goin on in your head sham?
I’m hopping around an infinite potato field in the pishing rain, trying to find me other boot in the muck. Obvs.

You are also a musician, a core member of The Pox Men… aesthetically it is all a part of your “Narty Station” film world as far as I can tell… Do you consciously try to bridge the gap between your film and music buzz?
Naw, they totally clash, resulting in me being in a constant state of creative chaos. By not concentrating on one or the other, I maintain a level of amateurish crapness in both. Because only in the distillery of chaos, will you brew the beer of pure raw order. I believe those were the final words of Bruce Lee. Even though they definitely weren’t. There’s enough people doing stuff properly in the world anyway.

Do you ever think of Pox Men songs in terms of how they might fit your first Hollywood big budget flick?
Ask me again when I’m full.

Who is your favourite avant garde, electronic drone artist?
Noam Chomsky. He’s got a smoothly consistent tone, some mesmerising rhythms, and I always think there’s a lot of depth in there, like he’s really trying to say something important.

What will you have in store for us prole punters over the next two or three years?
There’s too much films and music in the world these days, so I’m gonna concentrate on creating complete and utter emotional and physical devastation in the real world, so we can get things in perspective again.

Will it be good, or will it be shite?
Shite. But good shite. The kinda shite ye have after a 48 hour beer rampage. Ye know the shite I’m on about. But not that actual shite. Shite like that shite.

Thanks a million, and good journey to you sir.
Are ye tellin me to piss off?

Here is a look at various things Bill is or has been involved in:
Escape From Letterkenny trailer :

A video he made himself for his DIY, self produced folk punk band The Pox men:

Here is a video he did for my band Tuath:

And another he did for Jinx Lennon:

What I’m getting at is that Bill may make you a music video for a nominal fee.

You can find out more here : https://nartystation.wordpress.com/