Oops, I Wrote An Operetta 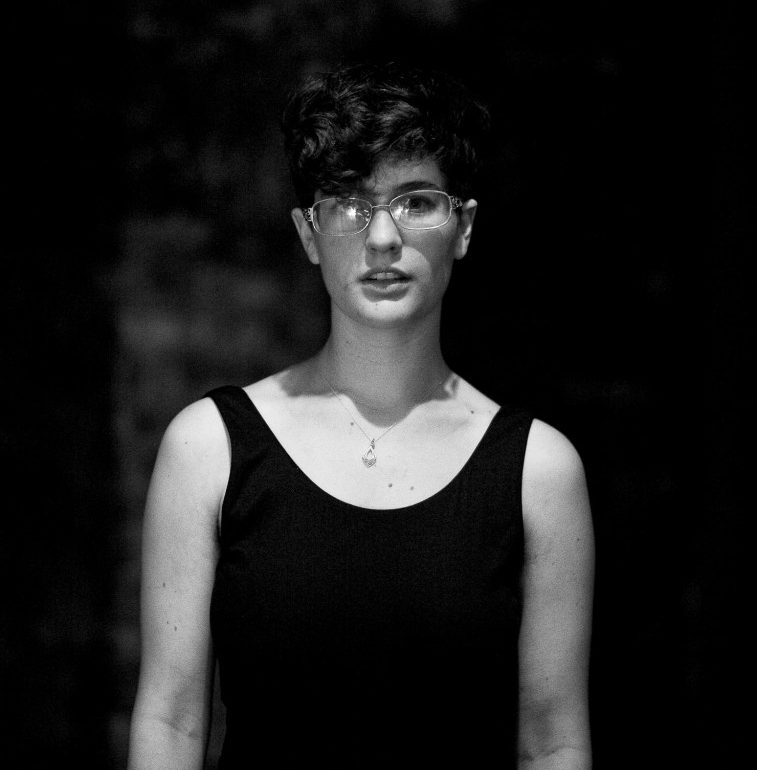 Oops, I wrote an operetta…

I started this thing not really copping onto what I was doing—a thing that turned out to be opera, ha. I loved a text, which I’d read before and returned to, and I started setting the prose to melody, with the book on the stand of a Yamaha squeezed in beside the bed. The whole thing (about 9 pages which became half an hour of song) came to as just melody, the voice and keyboard in unison, until very close to the very end of the process, when we kind of fell into the first ensemble encouragement that occurred to us as a trio (myself on keys, Nick Boon on guitar, and Naoise Roo on vocals) in rehearsal. It took about six months from start to the first performance of the whole thing at the Smock Alley Theatre as part of a new works festival in March.

The text is a short play written in 1919 called “At the Roots of the Stars” by Djuna Barnes. I have such an utterly unshakable confidence in the beauty of the language that the work every day of finding the most nimble, pleasant, natural melody for the words was terribly easy. As if I needed additional motivation, this feeling that I have, of being simply abashed that Djuna Barnes is today a relatively unknown name, lent a strong sense of justification and indeed obligation, less to her ghost than to myself and other readers/listeners.

Djuna Barnes was not always so obscure, and you’ll probably recognize the names of a lot of the people in her life. Born near New York City, she wrote At the Roots of the Stars and other plays in her 20s while she was a member of the Provincetown Players, a theatre troupe that included Eugene O’Neill (Long Day’s Journey Into Night) and Edna St Vincent Millay (who won the Pulitzer for poetry). As a young reporter in Brooklyn she infamously underwent force-feeding in order to write an article on suffragette prisoners. She emigrated to gay Paris and published a novel called Nightwood which thankfully is still often to be found on lists of “lesbian fiction” (and this is the book I happened to pick up in a secondhand bookstore, that got me started on all this). T.S. Eliot had two pictures hanging in his office at Faber & Faber, one of Groucho Marx, the other of Djuna Barnes. When she came back to NYC before WWII, she moved into 5 Patchin Place in Greenwich Village. She lived there as basically a recluse until 1983 on a monthly stipend from Peggy Guggenheim. Her neighbor E.E. Cummings used to run errands for her, and would yell, “Are you still alive, Djuna?” across the courtyard. She called herself “the unknown legend of American literature”.

There are two funny Irish connections for us—me, an American living abroad here, and you, the reader of a Galway-based music blog—to consider. Djuna Barnes overlapped with James Joyce in Paris and was, according to legend, the only one with the privilege to use the nickname ‘Jim’. She interviewed that Dubliner for Vanity Fair upon the publication of Ulysses (it’s great: http://www.vanityfair.com/news/1922/03/james-joyce-djuna-barnes-ulysses).

And she was a huge fan of J. Millington Synge. He had died in Dublin in 1909, while she was in her teens in upstate New York. Eight years later she published a beautiful tribute to him in the New York Morning Telegraph (http://ustheater.blogspot.ie/2010/08/djuna-barnes-songs-of-synge.html), and after another two years she published At the Roots of the Stars, whose colloquial syntax is fascinatingly blatant Hiberno-English copy of his. An example is the constant grammatical inversion at the start of personal statements: “It is glad I am that there are men in the world…” or “And it’s I whose lips are shaken with the fermenting wine of faith, and it’s I whose heart is great and glad.” I think that her efforts are mostly remembered by critics with skepticism but I think her language is free-wheelin’ enough that the affectation doesn’t jar.

So there’s some name-dropping and some tokens of thematic relevance to this place. But I still can’t explain the obscurity of this writer and her work. Is fame why people do stuff? How far do we agree with the premise that good work is consistently rewarded with attention? There must be exceptions to the democracy of familiarity and exposure. What happens when we find a pearl that has been skipped over by that system? What does obscurity have to do with femininity?

The operetta At the Roots of the Stars runs 30 minutes and will be performed by Cal Folger Day and Nick Boon on Saturday 16 July as part of the Galway Fringe Festival at the Mechanic’s Institute, along with a set from Strength, an unorthodox pop group from Derry.