Rusted Rail – Profiles of the West 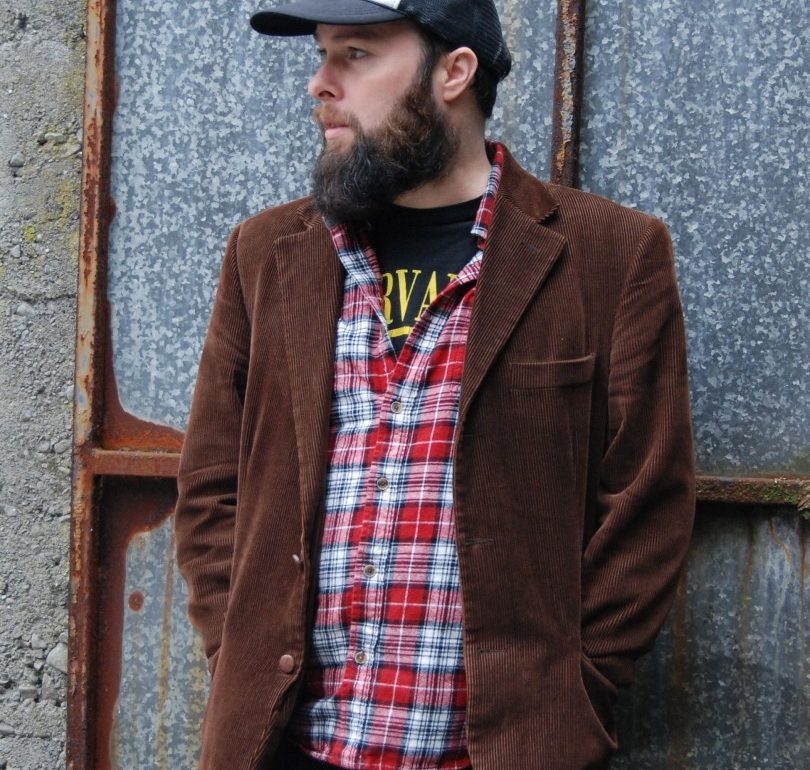 Keith Wallace is the man behind Rusted Rail, one of Galway’s longest established record labels. In the 11 years it has been running it has released 36 albums from varying genres and styles, but all with integrity and quality music. Rusted Rail’s next release will see two albums released on the 31st of March, one from A Lilac Decline and one from Phantom Dog Beneath the Moon. On Wednesday 22nd of March, Rusted Rail take over the weekly Citóg showcase in The Róisín Dubh to celebrate the new releases. Read on to learn more about Keith and Rusted Rail….

Tell us a bit about yourself…

My Name is Keith Wallace and for the past 11 years I have been running an independent record label here in Galway called Rusted Rail. I have a musical project called Loner Deluxe. I also record/produce and mix music for Cubs and A Lilac Decline. I’ve just come into possession of an analogue 8track reel-to-reel recorder so that’s gonna be something to start exploring also.

How long have you been running Rusted Rail and why did you start it?

Rusted Rail had it’s first releases in March of 2006 – which consisted of three 3” EP’s by Agitated Radio Pilot, Plinth and So Cow. There’s a documentary covering the first decade of Rusted Rail’s existence currently in production. Here’a a full list of all 36 releases to date:

What/Who have been your biggest influences (in music or in life in general?)

Anyone who does their own thing, on their own terms, not worrying what “everyone else” will think, clearing their own path with a smile on their face and a strong heart providing the beat that they follow.

How has your experience been in the music scene of the West? What’s the best part? What do you think could be changed/improved?

I’ve been involved in the Galway music scene in one form or another (variously and at different times as a gig promoter, music journalist, Flirt FM Station manager and for the last 11 years running my own independent label) since 1995 so I guess I’ve seen a lot happen here in that time.

The best part is the “we are doing this for ourselves without needing permission or recognition from Dublin-based media” attitude that I think is a very empowering motivation. Galway has a great creative community-ethos and, as anyone in various pub snugs around the town will tell you, it’s the best place in Ireland to be an artist, to nurture creative ideas and to bring them to fruition. Ideally there would be a few more stages around town for people to play, an arthouse cinema and of course it’d be nice to have an airport, again, at some time in the future…

What’s your favourite album of all time?

Whatever one I am currently releasing! Alternately I could provide you with a long long list but on this rainy Monday (as I write this) the clouds have just parted and the sun is threatening to come out so maybe “Happy Sad” by Tim Buckley. Oh dear, it’s started to rain again so now my favourte album is ”Millions Now Living Will Never Die” by Tortoise (they are the ones peeking out from the vinyl stack right now).

Just being here is good enough for me, the West is the best. A productive and then lazy/enjoyable day in Galway involves getting all or any record label duties out of the way by the afternoon, then a spin around the charity shops of the town seeking treasure, a visit to Charlie Byrnes bookshop, a cup of tea in Neachtains, followed by good eats and a pint or three of Beamish in Carroll’s on Dominick Street. That’ll do, that’ll do.

More albums on the label! After the A Lilac Decline and Phantom Dog Beneath The Moon albums there are more releases on the way from my own project Loner Deluxe and from avant-folk supergroup Cubs. That’ll keep me busy til the end of the year.

Rusted Rail is one of the longest running independent musical institutions in the West. Keith constantly churns out high quality material and the two upcoming releases will be no different. They can be pre-ordered now at Rusted Rail’s Bandcamp page: www.rustedrail.bandcamp.com .