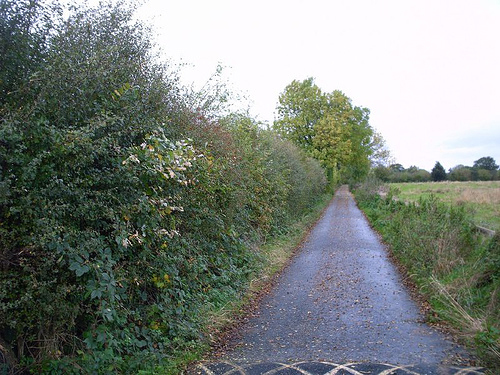 The humble hedgerow is an iconic element of the Irish countryside, reflecting local history and geology while sheltering native fauna and flora. Ireland’s hedgerows date predominantly from the 18th Century, when legislation dictated the enclosure of private lands, and thus embody hundreds of years of natural development alongside dedicated human maintenance. Given Ireland’s relative paucity of native woodland, the hedgerow – in some cases a remnant of the State’s previously more extensive woodlands – is a critical habitat for animals requiring cover, who use them as corridors for safe passage. Birds and invertebrates are also key residents and beneficiaries, with nearly two-thirds of Irish bird species nesting in hedgerows.

Some of the hedgerow’s most critical invertebrate patrons are pollinators, 80% of which are bees: 21 species of bumblebees, 77 species of solitary bees, and Ireland’s sole species of honeybee (who manages an impressive third of total bee pollination). With their abundance of native plants and seasons-long succession of flowering, hedgerows offer support to this vulnerable population among which one-third of wild species are under threat of extinction. Aside from their value in maintaining biodiversity, the monetary value of bees’ pollination efforts is placed at €53 million per year, with €7 million for apples alone. Yet their contributions to the natural world as well as the economy are undermined by ever-diminishing food sources and resulting starvation, underlining the key role hedgerows play in maintaining robust pollinator populations.

Clearly, hedgerows are a tremendous asset to Ireland and its inhabitants, from the winged to the two legged. Section 40 of the Wildlife Act prohibits hedge-cutting between March 1 and August 31 in order to protect bird species that nest during that period and also support continued growth of the hedgerow ecosystem. August is quite literally a ‘buzzing’ month in hedgerows as flowers such as the boldly hued fuschia adorn the lanes and a flurry of feeding precedes the approaching months of autumn and winter. Exceptions to the Act allow for cutting in case of public health and safety requirements so that common sense measures may be taken as necessary – and on a strictly limited scale – ensuring the coexistence of healthy hedges and safe roads.

Thus, the controversial provision of the Heritage Bill 2016 allowing for hedgerow-cutting for the month of August and upland burning in March has alarmed the conservation community and stirred ongoing debate. With 5% of the red-listed yellowhammer nests still active at the end of August, according to BirdWatch Ireland, there is a clear threat to the existence of their already endangered species. And while 2017 saw the creation of the Curlew Task Force and Curlew Conservation Programme, part of a concerted effort by the State to save the red-listed species whose numbers have declined by 97% since the 1980s, such work is undermined by simultaneous allowance for extended burning in their nesting territory.

The alteration of hedge-cutting dates was ostensibly driven by concerns over road safety. Yet Deputy Thomas Byrne referred to such a rationale as ‘a complete and utter fraud’ during heated Dail debate last November, given that the Roads Act already makes provision for safety-related cutting. Many deputies pointed out their own as well as their constituents’ concerns, along with the unified objections mounted by the Irish Wildlife Trust, BirdWatch Ireland, An Taisce, the Federation of Irish Beekeepers, and the Hedge Laying Association of Ireland. Deputy Catherine Connolly was among several TDs pointing out the flawed logic of a ‘pilot programme’ that would involve all 26 Irish counties without any clear methodology, scientific rationale, or recording of baseline data. And in her own words, ‘the proposed measures run counter to everything we are trying to do to mitigate climate change, create environmental sustainability, and promote Ireland, particularly through Origin Green and the green image of our agriculture sector.’

What can concerned individuals do to make their own voices heard? Contacting TDs to register opposition to the change in hedge-cutting dates is key, as constituents’ views are playing a central role in ongoing debate. Letters to newspapers, both national and local, also have significant impact and help to raise awareness of the Heritage Bill’s controversial provisions. Another easy step is to sign UpLift’s ‘No to More Slash and Burn!’ petition at: https://my.uplift.ie/petitions/no-to-more-slash-and-burn. Share the petition on social media to multiply your impact and help the number of signatories reach the 35,000 goal (currently just shy of 31,000). By creating a robust, well-informed opposition, we can keep Ireland’s hedgerows strongholds of wildlife, biodiversity, and natural beauty.