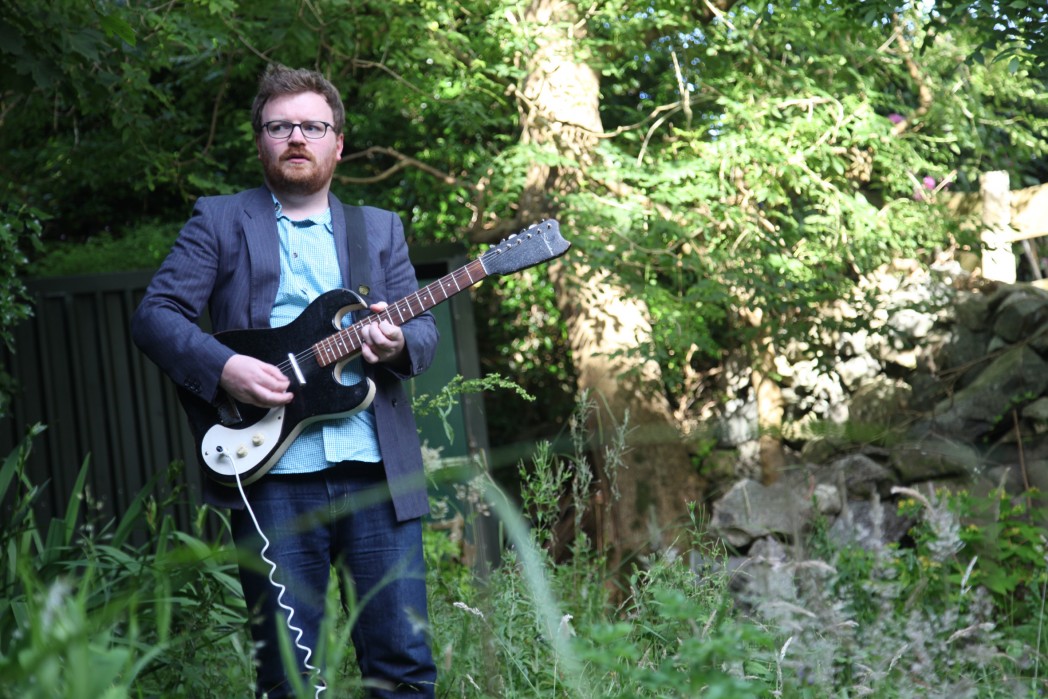 So Cow shouldn’t need an introduction. But, in case they do, I will give it a shot. So Cow is the musical alter-ego of Brian Kelly of Tuam, Galway. It began as a travelling bedroom recording project, during his time in South Korea, before evolving into a home living room project and, eventually, into a full-band-in-a-studio thing (for the band’s most recent LP, The Long Con). Since So Cow began, Kelly has earned an almost legendary reputation in Galway thanks to the creation of 4 LPs (two of which were self-released), a tonne of singles and EPs and hundreds of shows both in this country and in the US.

After the progression into a full-band setup for the last LP release, and consequent tour, Kelly has reverted to playing all the instruments and doing all the production for Lisa Marie Airplane Tour. This positive move has led to more variation with instruments and sounds but has also resulted in a more introspective and personal affair. The album is, according to Kelly, “mostly about anxiety, which shouldn’t surprise anyone”. From the first song, Lisa Marie Airplane Tour (LMAT) deals with the shroud of doubt that hangs above when living in a new rural town, especially when one doesn’t quite fit into the rural life and is still “getting looks from strangers”. While The Long Con was more about second-guessing decisions and wondering what to do, a lot of this album seems to deal with a developing sense of apathy and disinterest resulting from questioning oneself for so long. This is most notable on the album’s fifth track ‘Disengagement’, where Kelly repeats “you could tell me how it’s handled or you could just get it done”. This album presents the writer as anxious, but also fed up of being anxious. In the end, their lack of any answer sees them regress to what they had always been doing; queuing for cans and drinking “the cheap stuff”.

Not just packed with emotion, LMAT sounds pretty damn good too. More experimentation has led to some beautiful noises, but it somehow also sticks to exactly what So Cow are famous for. In fact, if you had to describe what So Cow sound like to a friend (what kind of foolish friends have you?!) then this album is an ideal representation. This is the epitome of So Cow, demonstrated by Kelly’s open admission that he has found it difficult to preform these particular songs live when he plays solo with his acoustic guitar or with a drum machine. As he says himself, “In my head, the songs are on the album. That’s where they live. All 12 of them, together. Like the cheapest room in a hostel.” Opening track, ‘What Makes a Man Start Gorse Fires?’ (‘WMAMSGF?’ maybe?), is quintessential So Cow; droll lyrics, rugged rhythm guitar and catchy chorus. Where this track, and the album as a whole, stand above the previous So Cow works is that they put the lead melody further to the forefront with more frequent overdubs of lead guitar and keys. In the case of ‘WMAMSGF?’, the lead guitar sounds absolutely gorgeous and is probably my favourite thing on the track and/or album.

The first half of the album is pure garage-rock energy, but as the album progresses it leads to more diversity. For ‘The Invigilator’, on the final stretch of the album, Kelly throws his hand at some blues, and it is a strong hand. It is testament to So Cow’s distinctive sound that blues, the most common musical genre, is seen as a venture. An interesting tool is used in the refrain of this track where the vocals consist of battling, contradictory lines, each panned heavily to either side and quite low in the mix. This gives the impression of a constant battle going on in the mind of the writer, adding to the personal nature of the album. Juxtaposed with this struggle, the instrumentation here is crisp and makes for easy listening.

Lisa Marie Airplane Tour may not have the instant hit single of previous LPs, such as ‘Casablanca’ on  So Cow or ‘Barry Richardson’ on The Long Con (although ‘WMAMSGF?’ on LMAT is a contender) but the album, in its entirety, is more impressive. It all gels together very nicely and makes for an enjoyable 30-odd minutes of continuous listening. Lisa Marie Airplane Tour is one of my favourite albums of the year, Irish or otherwise. I can’t wait to get a copy of it on vinyl! You can pick up a copy directly from So Cow by ordering through their Bandcamp page at www.socow.bandcamp.com .

Check out the Irish music that influences So Cow in our Solid Gold Jams w/ Brian Kelly. Listen to the first single released from Lisa Marie Airplane Tour (and my favourite track on the album) below: