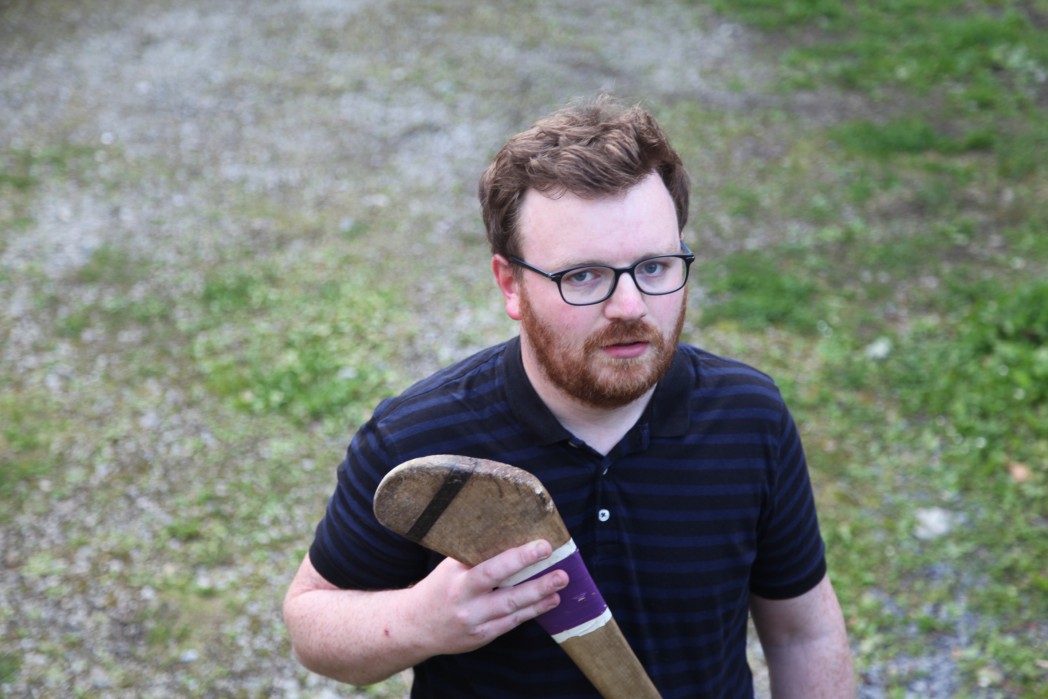 So Cow is the musical alter ego of Tuam’s Brian Kelly. For the most part, he writes, records and produces the So Cow music himself and has gained almost legendary status thanks to a string of brilliant releases and energetic live shows both here and overseas. So Cow launch their latest album, Lisa Marie Airplane Tour, tomorrow evening. Brian will drive people from The Small Crane to Salthill Prom in his old Volkswagen while listening to the cassette version of the new album. Yes, that is happening. Sign up here: So Cow Album Launch. Stay tuned for our thoughts on the new record.

Here’s five songs I like from Galway. It being Galway, the list naturally incorporates Mayo and Donegal, as how could it not? I’ve selected it on the basis that I like the music involved. I pretty much know all of these people as well. Again, how could I not? Knowing people personally may make you more predisposed to liking their music, I guess. But let’s be honest, there’s any number of albums or EPs (side note: stop with the 4-track EPs, people) I’ve bought in this town, at album launches, that I will NEVER listen to again. Ever. That may sound cruel, but we were only gifted with 80 years of life – current life expectancy, which is surprising – and for most of that we’re either entirely helpless or solidly middle-aged. So the hope is that you win the lottery and get to be in Dunedin in the early 80s or Athens, Georgia in the early 80s…or somewhere else at another time when stuff was great. Galway has occasionally been very great, and the below are five examples of that.

Also, I tried to choose clips or bandcamp links where audio/video quality is at its best, but it wasn’t always possible.

Mirakil Whip comprised of Anne-Marie Deacy and Aaron Coyne (he now of the superb Yawning Chasm). They were a regular fixture around the mid-to-late 2000s and played some of the best shows I’ve ever seen in Galway. Two truly super-talented, super-musical, sound-aware people who knocked it out of the park every time. Music around that time tended to the Bloc Party/Libertines/That Hi-Hat Thing so I was super glad to see people pushing it sound-wise, arrangement-wise, everything.
This song is called Etchings, if I recall correct. Yossarian Lives was their full-on unstoppable pop hit, but Etchings is a goddamn remarkable piece of music.

I’m gonna post a live video here, though you can hear it on their Bandcamp, on the split with Me & My Dog. They’re at this very moment asleep somewhere in Boston on the eve of their first show (PEOPLE WHO READ THIS WHO LIVE IN THE USA, GO SEE THEM). There’s any number of Oh Boland songs at this point. Maybe 30 or so? I feel they could do a two-hour show now, and it would hold up. They have long jams, they have short blasts. This song is my favourite of theirs that is currently in the public domain. Niall Murphy Playing Guitar is one of the greatest things to happen in/to Galway City and County for many years and should really have been a cornerstone of the 2020 bid.

I’ve written about my love for Dott’s album ‘Swoon’ before, but that was on another website and I’m not sure what the deal is with linking to other websites. In a word, harmonies. This album is full of harmonies, and they are as beautiful as it gets. Super pop songs, and the rhythm section of Laura Finnegan and Tony Higgins are getting shit done, fast songs and slow. Anna writes really, really good songs. She gets the feeling just right each time. It’s not just horsing a bunch of distortion on something in the hope someone mistakes it for intensity. ‘Swoon’ is an album where people made the right choices, a lot. I’ve chosen Small Pony because it’s a great intro to them, and the album.

This isn’t even my favourite Rural Savage song. It’s probably upper-mid-table. This is the Southampton of Rural Savage songs. I mean Southampton last season, not like 7 years ago. Good Southampton. But I’m choosing this because seeing these three dipshits fart around in Hawaiian shirts might be as good as life gets. Been said plenty, probably in every single edition of this column, but Rural Savage rule. Farren thinks in a way that should make other people feel ashamed of their dumb, idea-less brains.

There’s been no song in Irish history, save for maybe The Boys Are Back In Town and maybe Only Shallow, where what happens in the first 3 seconds makes you wanna stand up and get involved than this song. Overusing the word ‘great’ here, but the song is great. I’ve seen them play it live about 5 or so times (as is the law for Tuam folk), and it’s a full-on experience. It walks the sentimentality line expertly. And it doesn’t get said enough that these guys went out and did it. They toured the world, they made it happen. Shit wasn’t just handed to them, there was no five-year development deal with Sony or anything. Shit doesn’t happen unless you make it happen. I was lucky enough to play two shows with them in the US, and see first-hand what a major, major deal they are to people over there. I can take or leave the self-fetishisation that Tuam sometimes indulges in. It makes more sense to me to see these guys in, I dunno, Geelong or Pittsburgh or Peterborough or wherever.

Check out the first single off So Cow’s new album, ‘What Makes a Man Start Gorse Fires?’ below: