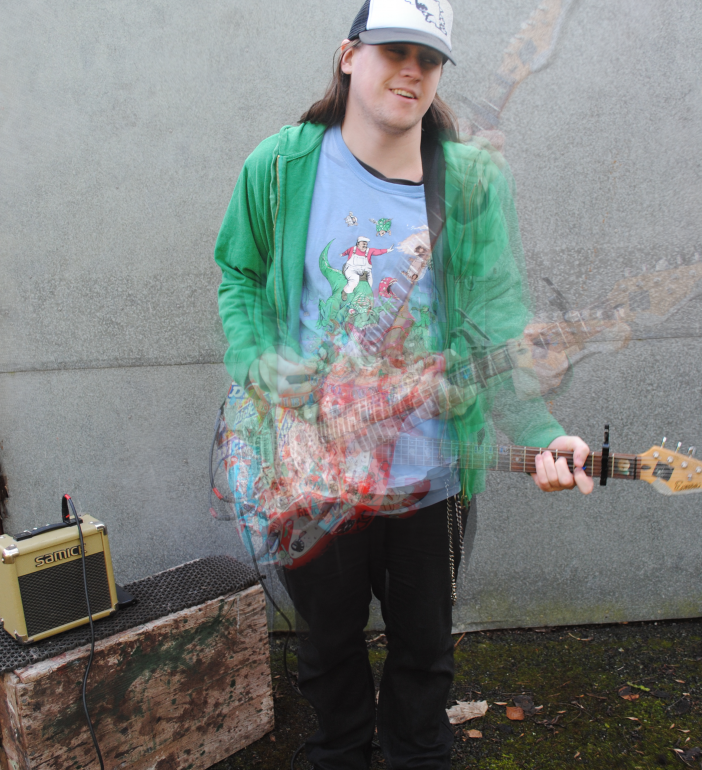 Words by Cathal McCormack
Ahright? I’m Cathal from Ghost Rats, we’re a band that play in Galway. I’m also a fan of excellent Irish music so I’m going to write about five great songs from west of The Pale. I could name a hundred more songs, but that was not the exercise put to me, you’ll have to find a hundred more songs yourself.
Music For Dead Birds – Right Eye Open
Music For Dead Birds are Jimmy and Dónal from Mayo, two piece anti-folk, super-noise band.
When I was first asked to do this little list this was the first song that came into my head. It’s not from their most recent batch, it’s one of those songs that sticks with you. I first heard a solo acoustic version years ago in Mullingar and it blew my mind, but still we all had to wait years to get a studio recording. It was worth the wait, it’s a massive tune, for a two piece band or otherwise.
http://musicfordeadbirds.bandcamp.com/track/right-eye-open
Dott – Rain Day
Galway’s Dott recently moved a bit further west, to Canada, but before that they left us with some deadly tunes to remember them by. Their album “Swoon” gave us this absolute pop banger. I think it’s the lyrics that bring me back to this one, I like clever lyrics, I like metaphors, I like lyrics that throw really smart shade at those who have wronged you and I LOVE that it’s all wrapped up in a really neat pop song with sweet backing vocals and unreal musicianship.
https://dottmusic.bandcamp.com/track/rain-day
The Driftwood Manor – Fraction of a Wolf
I’ve been assured that the Westmeath side of Athlone is west enough for this list. The Driftwood Manor are one of my favourite bands. Ever. It would be impossible for me to tell you where to start, but you should listen to them, and go to see them live. Judging by their latest single and live lineup I’m guessing that their new album could be their very best.
https://soundcloud.com/the-driftwood-manor/ek-fraction-211015
https://thedriftwoodmanor.bandcamp.com/album/fraction-of-a-wolf-single
windings – Stray dogs
I have a theory about windings that isn’t fully worked out or backed up whatsoever. It states that windings’ music music is actually a renewable source of energy. That their songs are actual weather and unadulterated feels, with the power to change moods, energy levels and body temperatures at will. “Brain Fluid” is purest summer, while “Bladerubber” is distilled paranoia, or something, I don’t know, I’m not a scientist. “Stray Dogs” and it’s sister song “Helicopters” are deepest grey. Doom, dread. It’s another release that has me looking forward so much to what’s next.
https://windings.bandcamp.com/album/stray-dogs-helicopters
Steven Sharpe – Uganda
Before you press play, google Steven Sharpe and check his live dates, take note of your next possible chance to see him play live. It’s an experience not to be missed. Now, the song, give it a listen. Besides an obvious musical talent, Steven has a way with words that blows me away. When a song is seemingly light-hearted he can still make such serious points, while in  a song like “Uganda” he can take the audience to an emotional peak, laying out his heart in front of them, and then with the “never moving to Uganda” the crowd can fall back on laughter or at least audible gasps like he’s just burst this bubble that had us all holding our breath and weeping for the last 3 minutes. P.S. You should also look up “To Gaze Upon Us” which is his band with the also brilliant Katie O’Connor. Love, everywhere.
https://stevensharpe.bandcamp.com/track/uganda
https://soundcloud.com/stevensharpe/steven-sharpe-uganda
Start typing to see results or hit ESC to close
See all results