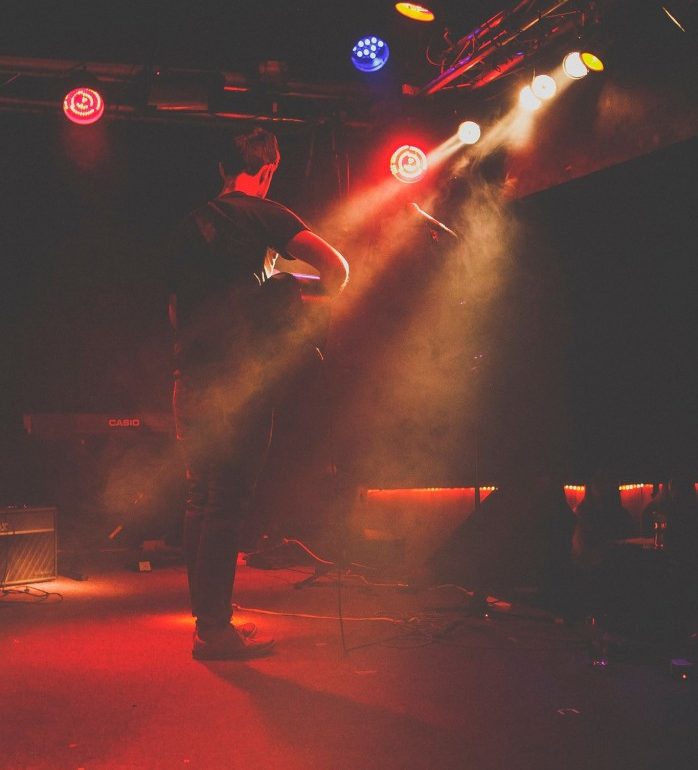 Dylan Murphy is a self-professed ‘songer-singwriter’ and veteran of the Roisin Dubh Open Mic. He developed his own brand of ‘slap-guitar-happy-awk-folk’ in quiet Andalucian cities and gold-rush towns in the heart of Canada’s majestic Yukon Territory. His music has since grown to incorporate more blues and rock ‘n’ roll sounds with the addition of his backing band and the release of  his debut EP ‘Tell No One Your Goals’. Ahead of his headline show at Citóg (Róisín Dubh) on Wednesday the 17th, we asked Dylan to pick 5 of his favourite songs from the West of Ireland.

First and foremost, I don’t trust anyone who doesn’t like The Rye.

With the Galway rain, it’s hard to tell when Summer really begins there so you just have to wait until their Sunday Blue Note Sessions come around every May if you want to be sure.

I first moved to Galway in 2008 and their own brand of ‘savage-driven-ceol’ would end up providing something of a soundtrack to my 7ish years there. Their music has the makings of the best Galway album that never got recorded. It’s rootsy and bluesy as folk all, but with musical chops and deceptively clever lyrics hidden tucked away behind a few pints of Guinness and wrapped up in a brown paper bag.

The Roisin’s weekly Citog is one of the best live music nights in the country and every now and then you come across a gig there that leads one to proudly brag ‘I was there’. Surf-pop quintet Canaries’ debut gig was one of those nights.

Forged from the ashes of the legendary No Banjo but drenched in a sea of reverb and gorgeous two-part harmonies, this band (and their stellar debut album, released last year) is one of the best things to happen to Galway’s music scene in the last 5 years. And there’s been a lot of good things that have happened in Galway’s music scene in the last 5 years.

Their ear for melody, sense of vulnerability and incredibly genuine musical connection is no better showcased than in this song captured on the night, with the climactic crescendo leaving all those watching aghast at what they were witnessing and bless Hob Junker for capturing it in all of it’s majesty. I wonder how many of those Youtube views I am responsible.

Eoin Dolan- Who Am I To Tell You?

Not only can Eoin Dolan write a goshdarn tune but he’s one of the most thoughtful producers in the Galway right now and nowhere is that more clear than on his ‘Something Good’ E.P. released earlier this year.

After years of playing in the excellent Followers of Otis and producing New Pope’s gorgeous ‘Youth’ album last year, Dolan harnessed all of his creative skills as well as an unashamed love of Brian Wilson to produce my favourite Galway-based release of the year. To be honest it was hard picking just one song as I’m so used to listening to this E.P. in it’s entirety but I guess this one clinches it, if only for those lush backing vocals. Clever, catchy, beautifully orchestrated and melodic as all hell.

Can’t wait for his upcoming album.

Undoubtedly the hardest-working musician in Galway right now and an living, breathing, chain-smoking amalgamation of Prince, Robert Plant, Joanna Newsom and James Brown yet still remarkable original. And filthier than em all. And gay as all hell.

I’ve been playing in Steven Sharpe’s backing band for over two years now and over time I have barely learnt the true extent of his talent but when he released his Family Values E.P. last year (his third and final one within the space of months), I was absolutely floored. When the backing vocals come in on this particular track, you’ll understand what I mean.

A real talent. If you don’t know him, go see him. The recordings can only do him so much justice.

Though I was born and raised in Limerick city, I feel I really grew up in Galway and if I had to pick one song to summarise it all; the relationships, the music, the sheer essence of what the city is all about, I’d have to pick Candles.

Tara’s a good friend of mine and a remarkable talent (she even graced my last E.P.) who I’ve shared a stage with countless times. She recently had a kid, being the first of our group of friends to do so and it was a real milestone for all of us. This song says a lot but above all, it is a reminder that no matter how much things change, you always have the music and the memories attached to it. Don’t really think I can say any more.

You can listen to some of Dylan Murphy’s music at www.dylanmurphy.bandcamp.com or head along to Citóg to hear it live and loud. Check out the event page here: Citóg w/ Dylan Murphy, Drown & Whim . Follow him on Facebook to treat yourself to his dry humour and musings.