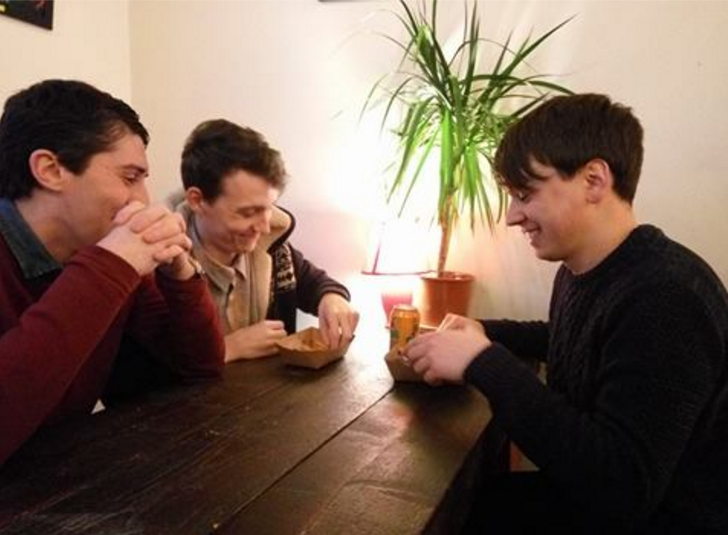 Flux. launch their new single ‘Smile (Move On)’ at Citóg on Wednesday 13th of September with support from Conman. Flux. are a three-piece indie rock band from Galway. Their music is punchy but has plenty of melody, with influences of bands like Vampire Weekend and Two Door Cinema Club, especially in their guitar work. Citóg is operating under a new format nowadays with two bands filling the bill and earlier starting/finishing times, so make sure to get down at 9pm sharp.

After a heated debate between all three of us in the band over whether Limerick qualified as the west of Ireland, I’ve come to a decision about our (or at least MY) favourite songs from the Wesht.

After watching Oh Boland live I instantly fell in love with them, the never in tune guitar and the “don’t give a damn” attitude had me hooked. One song in particular “Suntan Suite” is an absolute monster. I saw it live one night when they played the Loft and the behemoth of a song in all it’s messy glory instantly evoked Thee Oh Sees vibes. The seemingly never ending song is a blast from start to finish and everytime I hear it I smile.

Field Trip are another of my favourite Galway bands. The chorusy guitars and Wayne Foy’s majestic voice are a match made in heaven. Instantly making me feel like it’s summer despite having some of the worst weather in the country. I recently saw them at Electric Picnic and it made me proud to see these boys as well as many other Galway bands repping our great city. What’s not to like here?

Another band that mesmerizes with their live performances. With a freaking bass prodigy in the form of Charlie McCarthy and one of the best guitarists I have ever seen their line up is immense. Burnt Banana combines dirty blues riffs with punk rock vocals and lyrics. The last minute of the song is particularly tasty with the guitar solo leading into a tongue in cheek fake ending.

I stumbled upon Dylan Murphy playing in the Roisin Dubh one night and being a big blues fan I couldn’t help but like him. It’s great to see someone in the west of Ireland playing slide guitar and Seratonin Blues combines that with sharp relatable lyrics. All of Dylan’s songs come packed with character and personality and his charisma on stage makes it hard not to like him.

Possessing possibly one of the greatest voices in Galway and THE greatest personality I can’t help but love Steven Sharpe. Clearly pulling from an eclectic mix of influences that somehow work to form a cohesive unique identity. Just from the title you can tell the song is going to be fun and it doesn’t fail to deliver. Seeing Steven and his band live is not to be missed.