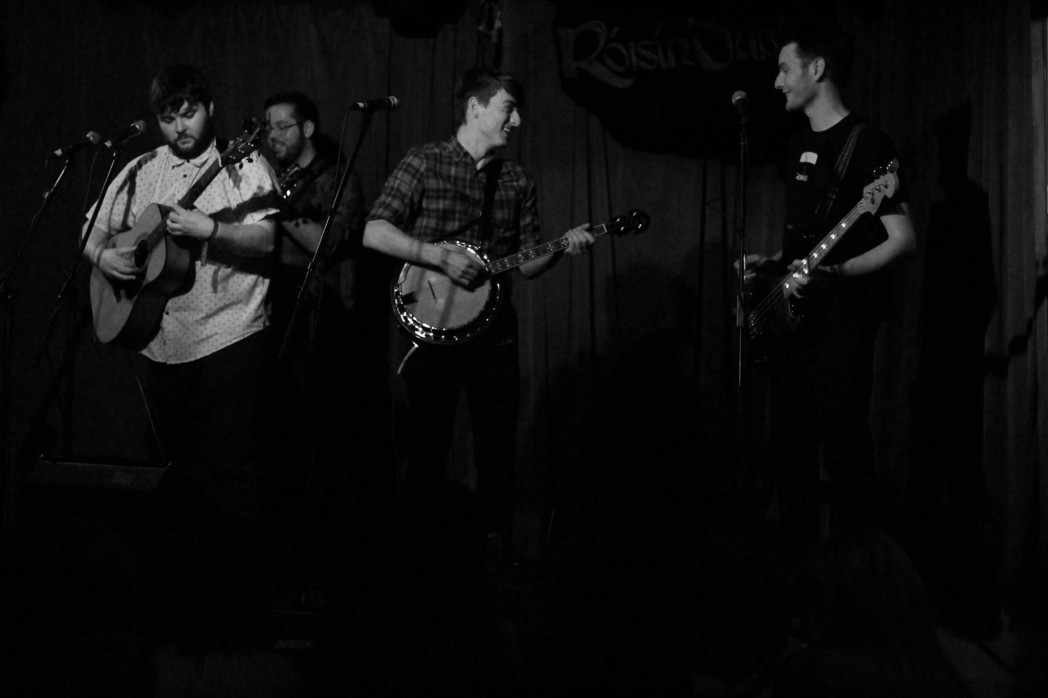 Majestic Bears are an indie-folk band from Galway City. They release their EP “Julia” on Friday, July 1st in The Loft, with support from Eoin Dolan and New Pope. They are part of the Citóg Records collective based on the West coast and have been playing together for over 4 years. We asked them to tell us about 5 of their favourite songs to come out of the West.

When it comes to the excitement of live performances, nothing comes close to a sweaty Oh Boland mosh pit. “Where’s the Beach?” was one of the songs that got us addicted to going to see live music in Galway, and especially at Citóg of old when it used to be downstairs in The Cellar where things would always get pretty wild during an Oh Boland show. The recent re-recording has shown the song’s full potential and showcases how energetic the Tuam boys’ live performances can be. The video, too, is delicious and really captures the charm of the band.

This is probably about as far as you can get from the previous choice, but it is easily one of the most beautiful songs we’ve ever heard to come out of the West, or anywhere for that matter. Whenever we see Pa Reidy live, this is the stand out song thanks to the gorgeous lyrics and raw emotion that they portray. It sounds even better on his album The Treehouse Empire, where it retains the intimacy of his usual work but adds very pretty piano and bass. It really is such a heart-wrenching song that gives us goosebumps every time. The extended applause at the start of this live video from his album launch, and the chorus of sing-alongers at the end just goes to show how much love there is for Pa Reidy around Galway.

We are very lucky to be having Eoin and his band supporting us for our EP launch. In the last year or so he has quickly risen to be one of the most impressive songwriters and producers in the West, and a real favourite of ours. We were very late in discovering his debut EP Placid Ocean (when a music video was made about 6 months after its release) and we immediately fell in love with it. But then he released “Something Good” and it was mind-blowingly good and a huge leap forward from his previous work; it was a shimmering pop gem! This song signified Eoin Dolan’s rise from singer/songwriter to bonafide indie-pop recording artist and producer. The production on his new EP is faultless, and all of the songs are foot-tappers; real summer tunes. You can hear Eoin Dolan playing this song (and more) by going along to Majestic Bears EP launch on the 1st of July in The Loft…

I don’t think we’ve ever been to a Canaries show without being left speechless; they are one of the tightest bands to come out of Galway, they have a fantastic vocalist, a lead guitarist who never puts a note wrong, a keyboard player that ties it all together with synth goodness and a drummer who knows exactly how to make it all fit. “Flashback” is one of the best songs on their debut album, although we could have picked any of them really. The lead guitar line throughout this song is pretty much perfect.

New Pope makes for perfect listening on a lazy, summer day with a few beers and friends. This is a brilliant song; the lyrics are simple but immediately take you to one of the most enthralling cities in the world and use it as a backdrop for a song about youth and the longing to regain innocence. The whole song gels together perfectly and David Boland’s vocals shine above the droning guitar and synth that underlies it all. You know where would be a lovely place to listen to this song? Majestic Bears’ EP launch at The Loft w/ New Pope & Eoin Dolan….

You can keep up to date with Majestic Bears’ own musical goings-on by liking their facebook page at www.facebook.com/majesticbears and you can listen to their music at www.majesticbears.bandcamp.com