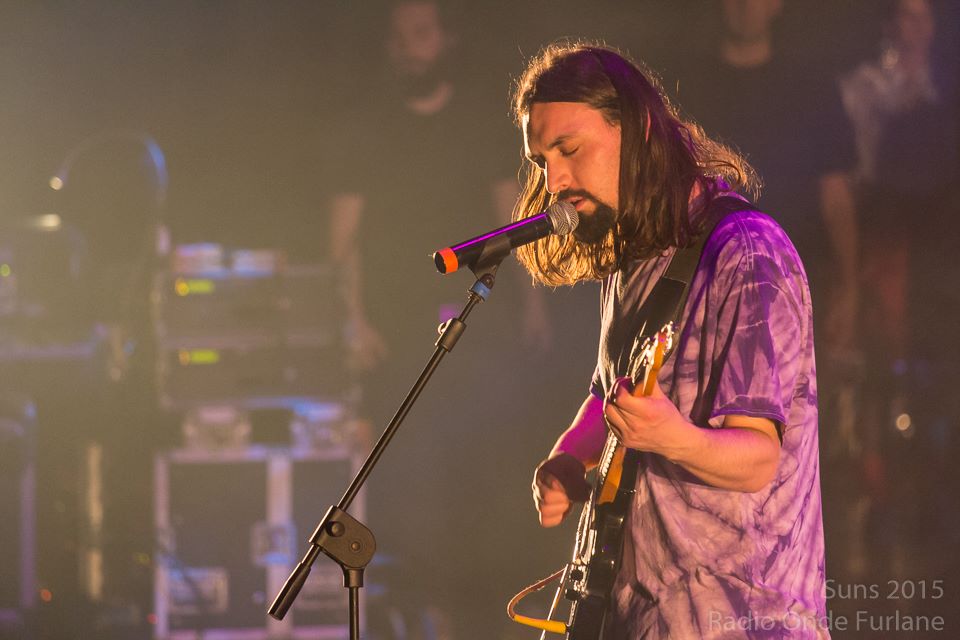 Tuath, or tribe in Gaelic, are an electronic/shoegaze/noise band from Donegal. Part of the rapidly growing psyche scene, Tuath recently performed at Reverberation Psych Fest in Dublin, alongside other acclaimed Irish psychedelic bands such as TwinKranes, Woven Skull, Wild Rocket and the super hyped Scottish band The Cosmic Dead. With Tuath gearing up to release their new EP, Existence Is Futile, the band continue to explore heavy psychedelia and saxophone inflicted space rock.
Words by Robert Mulhern
Yes sham’s n dolls. I am Rob from the band “Tuath” and the gigging collective “the new love and terror cult” based in Baile Atha Cliath. I have been tasked with highlighting bands fae the wescht of Ireland in the hopes that sommaye will take them into your listening paradigm. Of course I’m gonnae take a biased stance and select two Donegal bands instead of the one per county “fairness” that takes place in other AÁE articles, due to Donegal being the forgotten county and, of course, a small dollop of what they call “bitterness”.
So here is my first choice:

The Pox Men – Sez You

A band hailing from Letterkenny, a band that defy tradition by using the very building blocks of which make it up. Boasting trad instrumentation melded with metal, pre-christian tribal Celtic drumming and an almost Ulster Scots take on the notions of the seanchaí, these lads tell a story every time they strum an opening note.
“To defy the laws of tradition, is a crusade only of the brave”- Les claypool.

These lad’s are wile brave too, seen one of them fight a turkey before – he lost, but he still did it.

clanns – Make Me A Child
This is the opening track on the ‘clanns EP’. clanns (from Letterkenny) are an ambient post-rock band that lean towards a more shoegazey buzz. With lush pad-like guitars and a preposterous amount of reverb, this band’s guitars roar while the drums groove subtly, comparable to acts such as Do Make Say Think and Godspeed You! Black Emperor.

This band (from Sligo) are an absolute mess of abrasive noise, reminiscent of what a Sligonian Death Grips would sound like. There are blotches of the vocal stylings of Saul Williams/ Henry Rollins in this band. What I like about this track in particular is that it sounds like a man with a megaphone warning us about the end while the music would suggest that the end is actually happening.
If you like krautrock, this is for you.

Mustang Hobo – So, You Think I’m Crazy?
These lads are magicians. It is obvious that these dudes like Primus but don’t let that fool you, these guys have melded their own craft over the years and have a very mature sound. Utilizing funk and jazz elements they create an off the wall math rock experience every time. Mustang Hobo are from the Ennis direction.
For fans of Primus and Prince (probably)…

New Pope – Stubborn Man
Before I begin this one I must state that I absolutely cannot deal with folk music, it gives me anxiety. This however has not. New Pope has touched me in a way that I never thought possible. Their songs are almost shoegaze in a sense but with a subtlety and finesse that I can’t quite put my finger on. I’m out of my depth here as I have nothing to compare it to, as I stated. This however in my own opinion is brilliant. It makes the back of the brain tingle nice n’good.