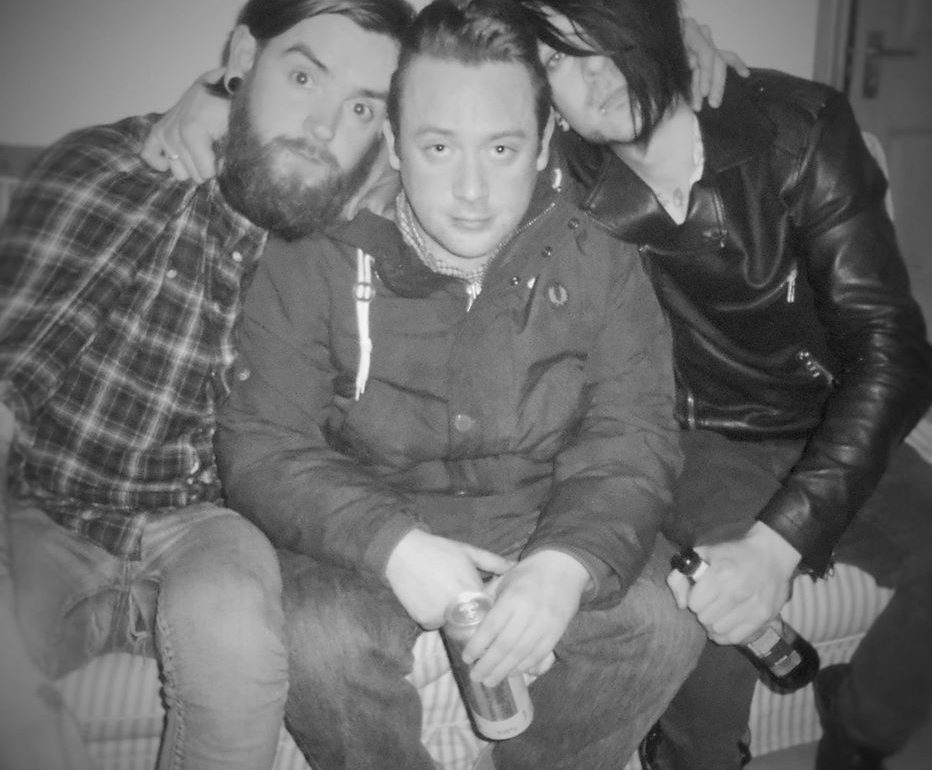 OK so I was approached to compile a list of five songs that reflect the west of Ireland. Regretfully, I decided to ask Mark and Fuz for their input and so began a process of compromise that probably took longer to agree upon then the Good Friday Agreement. Nobody in Slyrydes actually think this list is correct but it was the only one we could actually sort of agree on. As a disclaimer, unfortunately when we say west of Ireland, we sort of really mean Galway because we are useless.

1. The Stunning – Heads are Gonna Roll

The Stunning were a band from the west of Ireland at a time when really bands did not come from the west of Ireland. I remember being a kid and seeing this on RTE television and being amazed to hear that these guys were from Galway. The early nineties actually produced quite a few great Irish bands (Microdisney anybody ?) but these guys were our local heroes. They were guys you would actually see on the street and they had met Gay Byrne for fucks sake. Its also a cracker of a pop song.

We were going to include Oh Boland at some stage because they are our mates and they are simply a good band. They now have slick videos made by people who who own cameras that are not on their phones, but because I’m typing this article, I am picking this performance. First off this is a good tune and you see the band in full flight doing what they do best. It is ever so slightly chaotic in the best possible sense and has a hook you can hum directly after hearing the song. Secondly Eoghan “Howlin Wolf” McGinley or El Hodad as he now trades (is worth a listen) appears to have drank Ireland’s EU quota of alcohol before taking to the mic. It is basically “Buckfast the Opera”.

I wanted to give a nod to the electronic music being made around Galway town cause there is loads basically. The new February and Mars LP is superb. Cork superstar DJ/producer John Daly is based in Galway and there is a small extremely committed crew of promoters and DJs around the town who work hard to push decent music in clubs that otherwise might be happy enough playing the new David Guetta tape. The track we are plumping for is by Cane 141. Cane 141 essentially is just made up of local boy Mike Smalle with the help of various collaborators . This was one of the singles of his album Moon Pool which was terrific. This album emerged just after the amazing GPO had closed its doors and Galway was really struggling for a venue that was not CP’s. A lot of music around here, often the best music, is made in adversity and this track was two fingers to the people who tried to dumb down clubbing.

The greatest trick Rural Savage ever pulled was convincing the world they never existed. The guerrillas of the Galway music scene. Since these guys first came into our lives five or six years ago they have never failed to impress us. They tend to disappear for periods and then emerge completely fully formed again. In Farren McDonald they have a proper song writer and he can actually play the guitar as opposed to looking good when he arches his back. This song is so raw its visceral. We think the Coronas are utter shite. The Coronas should listen to Rural Savage.

If Tuam was an independant country, and many say it should be, this would surely be the rogue republics anthemn. There is another version of this song but we are opting for this live affair because Fuz really really thinks its great. These guys are proabaly considered veterns now and are incredibly prolific. Brian Kelly could proabably write an album an hour and without question is the best in Ireland at incorporating Powerpoint displays into his live sets. Its clever, like Galway.

On a side note,Fuz had a short lived band called Brutal Attack with Brian, but their demise was hastened when the lads found out that there was a white power band trading under the same name

Please let the record show that Rafto really wanted to include N17 by the Sawdoctors on this list. Yes, seriously.