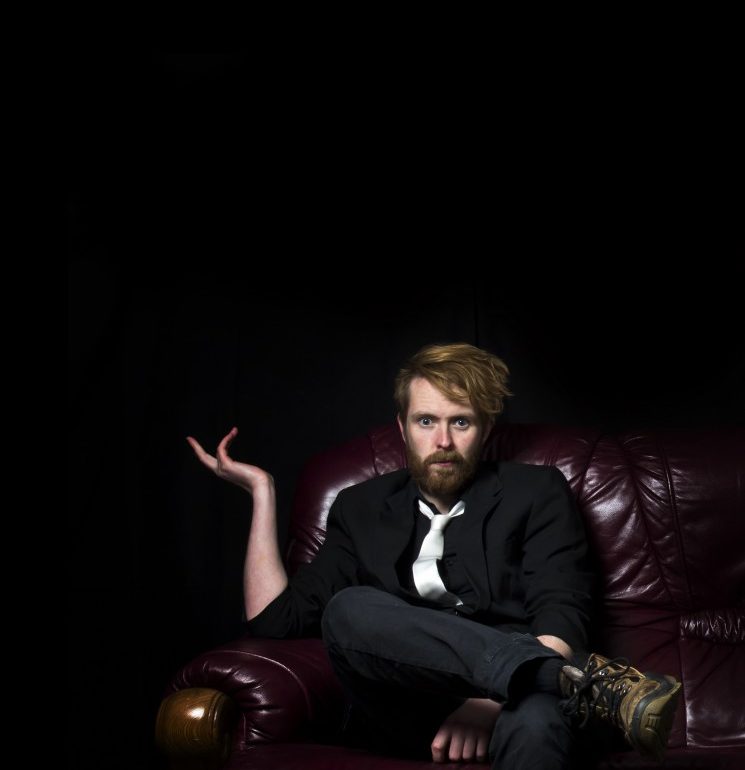 Much loved local songwriter/ performer Steven Sharpe gives us his five Solid Gold Jams from the west of Ireland… Sharpe also co-hosts the Open Mic in the Róisín Dubh (w/ Tracy Bruen) and runs his own monthly original event upstairs in the Róisín.

Songs for the motherfucking west of Ireland with me Steven Sharpe! Here is just a taste, a drop in the bucket of the class acts coming out of Galway! I’m lucky to have played with all the acts on this list at one point or another. I can only pick 5 which is a pity because there are so many great acts in Galway I’d love to give shout outs to. Anyway lets get it on. In no particular order:

Get your hand down! Because Tara Stacey is hands down Galway’s best singer. In fact I could make this whole list of songs where Tara sings with the other acts but I won’t because Tara shines brightest when it’s just Tara and a guitar. This song “Candle” was playing on a loop in every shop in Galway in summer 2012 and you can find it on bandcamp at https://tarastaceymusic.bandcamp.com/ You need Tara Stacey in your life.

Fun Fact: Tara Stacey was my first musical friend I made when I moved to Galway and sings on my live album “Hot Mess” on a song I wrote about our friendship… it’s not weird… It’s kinda weird.

Fucking TUNE! It’s Grounds For Invasion! I’ve got a radio show with my mate Bennett and this is by far my most played track on the show. It’s gotten to a point where I say “I can’t stop listening to this” and I get cut off by Bennett saying “It’s Bruce Lee” and he’s totally right ‘cos I can’t stop listening to this tune. Grounds For Invasion are also one of my favorite live acts now that my drummer David has joined them. They are not kidding around, they are ON FIRE! You can download their début album on bandcamp too at http://groundsforinvasion.bandcamp.com/
Fun Fact: Will from Grounds For Invasion, otherwise known as Willow Sea, plays bass for me sometimes and is recording my first studio album. He also loves coffee.

Who is Dylan Murphy? He’s only my favorite guitarist to ever walk the earth! Its hard to pin down Dylan’s style and what it is I love so much about it. I’ll tell it to you this way. I was at an Open Mic in the Roisin years ago and Dylan had come back to Galway after doing his Erasmus in Spain and everyone was like “Oh shit Dylan is back, Steven you’re gonna love this guys, he’s class.” I was all like “Fuck this guy! I run this!” and then Dylan fucking played and I’ve been living for all of it ever since. I have the pleasure of playing with Dylan in our band “Steven Sharpe and The Broke Straight Boys” and I would be totally lost without him. He is my love and my muse and you can get some Dylan for yourself on (you guessed it) bandcamp at https://dylanmurphy.bandcamp.com/
Fun Fact: Tara Stacey and the next artist I’m gonna talk about sing on Dylan’s Free EP “… Sings With Girls”

Miss Tracy Bruen: musician, songwriter, actress, director, host of Open Mic in the Róisín Dubh… it would be easier to list the things Tracy doesn’t do. She doesn’t juggle and she doesn’t take any shit! It was hard to pick just one song of Tracy’s as her work is so eclectic and diverse. It can be dark and sinister one minute, then poignant and melancholic the next. A multi instrumentalist with a voice like the Queen has a house! And her band! Its a who’s who of Galway musicians! Stephanie, Adam, Jay and Joycey are doing everything right! They all play on the 2nd of December at Citóg in the Roisin! Tracy is releasing a new video next week but for now here is her video for “Enda’s Song”.

Fun Fact: this is the 2nd song Tracy played for me when she started writing music and you can hear the first song she played for me (Merry go Round) on her EP “Play Outside the Lines” which is on BANDCAMP!!!! https://tracybruen.bandcamp.com/ You can catch myself and Tracy hosting the Open Mic in the Róisín Dubh every Sunday night!… sign up is at 9pm.

My Fellow Sponges – Without You
If you live in Galway chances are you’ve heard the name My Fellow Sponges. From their stellar live shows that mix music and theatre to their imaginative music videos, the Sponges are Galway in a band. Anytime I see them live I learn something new and I’m inspired to work harder as they raise the bar higher and higher.

Fun Fact: I live with Donal, he’s in the kitchen right now breaking our can opener. My Fellow Sponges are playing on the 4th of December in the Roisin! Trust me. They will blow your “fragile little minds”! Where can you find their music? Its starts with “band” and ends in a word that describes me… “CAMP!!!!” http://myfellowsponges1.bandcamp.com/music

There are so many more acts I wanna talk about!!! Hopefully I get asked to do this again. I’ve been Steven Sharpe, you can also find me on bandcamp. Hope you enjoyed my little list and I hope you have a sexy day.
xoxo