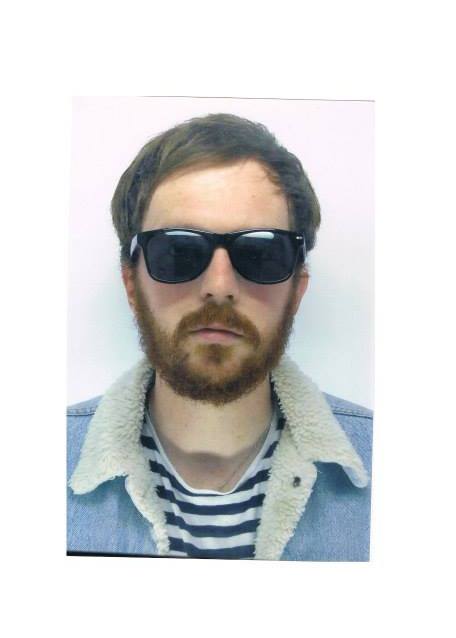 An Interview with Eoin Dolan

When I meet Galway native Eoin Dolan in Tigh Neachtains on a wet Wednesday afternoon, the EP he is priming for release seems all that more alluring: Something Good is a collection of songs that belong among the hazy dunes of a beach in summer, on the stereos of cars with the windows rolled down. As we escape the rain he comes armed with a ream of posters for his upcoming EP launch and a second hand copy of Debabrata Chaudhuri’s Meditation in Indian Sitar Music he gleefully just procured; the psychedelic colouring of his promo material serendipitously mirroring that of his recent purchase.

Music has always been at the circumference of his life, he explains over coffee, and it’s something that is readily apparent from the uniquely varied style of his solo work. There are audible traces of folk music but they exist alongside more modern influences and a keen sense of what makes a great pop song. It is down, in part, to a musically rich upbringing spent “listening to my family’s record collection growing up,” he tells me.

“My brother Brendan is in A Band Called Wanda – they’ve done fantastic stuff through the years. Even when I was starting out playing in different bands the lads were always really supportive and encouraging. That helped massively: being around people that were positive and encouraging. My parents have always loved playing music and singing. Music was always around but it was thought of as recreational more so than us being artists”.

From pilfering his parents Dylan and Cohen records to becoming immersed in the Britpop movement of the 90’s he has always loved finding the through lines between bands across generations. Discovering his own sound was something that came after reaching his 20s and having come out the other side of his teenage years and the adherence to popular music that those bring – his musical leanings already bouncing between the classic and the radio-friendly.

“When I was a teenager and starting playing in bands we were covering stuff like Papa Roach or Linkin Park- because that was what was popular on the radio at the time and at that age you want to be cool,” he tells me, laughing, “but I would still have my mixtapes with The Beatles and Blur and those types of bands on it. When I hit my twenties artists like Damien Rice and The Frames started to do really well and I think that, along with doing a sound engineering course in Dublin, was a big infuence on how I wanted my sound to feel. Attending college really helped me as a musician because I was able to experiment with the equipment; I gained a lot of confidence from my time there”.

Before trading under his own moniker he formed one quarter of Galway favourites Followers of Otis. The comaraderie of collaborating with friends on original music is something that he enjoyed at the time but has an even greater appreciation for now.

“At times you feel doing solo work is the best thing in the world because you can make the sound exactly as you want it to be,” he explains, “you don’t have to compromise on anything. You can be up until 3 o clock in the morning working on something if you want, doing things at your own pace. Overall, though, I think that working solo has helped me appreciate being in a band more: you have to stand back and be objective, make all your own decisions without direct support. Geoff, Adam and Paddy (from Followers of Otis) are great friends aside from being band mates so there is that other side where you miss just rehearsing and writing with friends”.

The music he grew up with, the family gatherings that provided their own soundtrack, the friendships forged in the rehearsal rooms he shared with his fellow Followers; one thing that becomes apparent when matching the man to the music is how, apart from the work of other artists, his sound is influenced by experience. You can trace the individual strands of his tastes – the EP’s title tracks Beach Boys-esque bounce, hints of The Great Escape era Blur on “Heavenly Possessed” – throughout the EP but within each track is a narrative that sees him draw some influence from his past: sometimes good, sometimes more sombre but always with an interesting tale to tell. “Spain” seems a fitting song for this time of year. A romantic lament for warmer, happier climes that will speak to anyone that has weathered the damp winters of a Western Irish town but also alludes to a different longing – the want to change your current situation.

“When I was writing “Spain” – it was about 8 years ago,” he recalls, “I was actually living in Liverpool. I was totally miserable: we had no money, no gigs. Any band we played with were just better than us. It was one of those wet, miserable summers and I passed a travel agents that had a sign in the window saying “Take the Boat to Spain” and I thought “if I had the money right now, I would get on that boat”; I had this whole fantasy of the journey in my head and the song grew from that”.

While his spell spent pounding the streets of The Beatles hometown may not have been the whirlwind he expected, he nevertheless found it helped him grow as an artist through seeing the wealth of busy recording artists at work there.

“That’s one thing I got out of being in Liverpool: there is a culture and a lineage there of people releasing albums and getting on with the recording process,” he recalls, “in Galway we have this amazing amount of talent but I think confidence in the quality is lacking. I would love to see acts – especially the younger acts – given more opportunity within Galway. People – from Galway and outside of it – need to realise that there is great music here, it just needs to be given a bigger stage. Critically for young bands, when they see acts like myself, New Pope or Canaries getting the opportunities they might gain the confidence to aim for the same stage”.

As the date of the Something Good EP launch fast approaches, you would expect some sense of trepidation. Not with Eoin Dolan. His refreshing attitude to the music he creates and the reason he is doing what he is doing might just be the reason that takes him to the music scene’s top table.

“I don’t give it too much thought, I just go for it,” he concludes, “I have seen so many people that have made great music and never managed to get it out. I think of it as “this is the best I can do with the time I have and the equipment I have right now”. You can’t be disappointed if it doesn’t sound like Abbey Road, you have to be realistic and remember why you are doing it”.