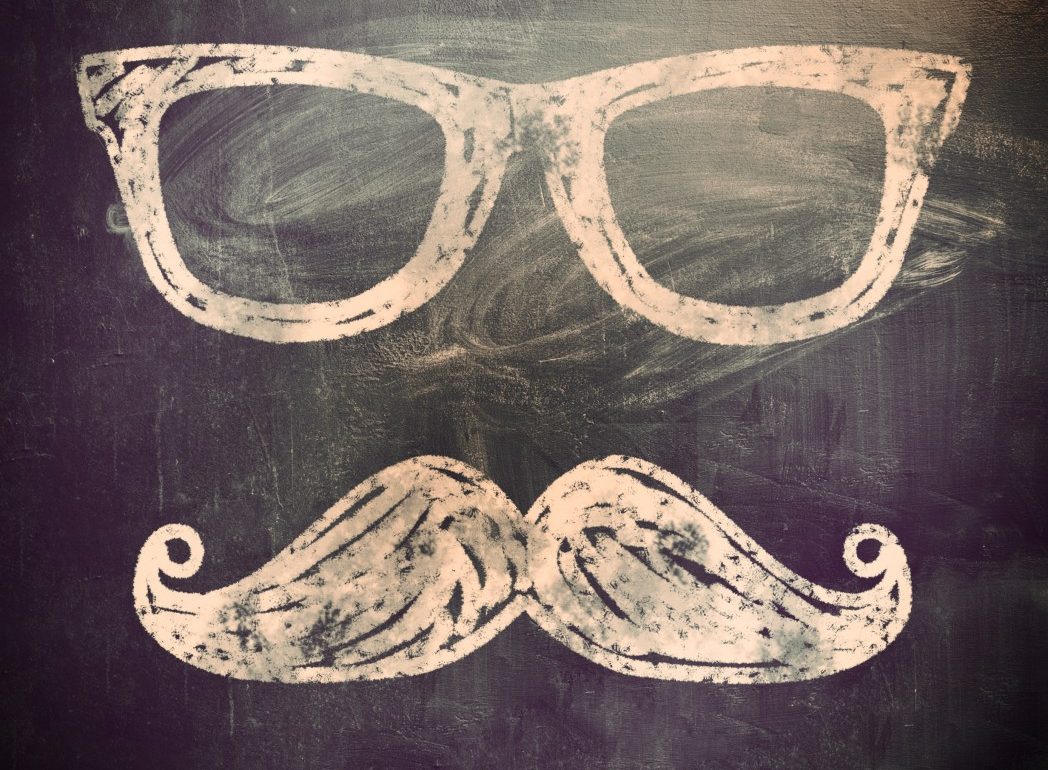 You may not like to admit it, but we have a lot to thank the hipsters for. Matcha tea, novelty woolen jumpers, jaunty moustaches, olde timey typewriters balanced on uni-cycles as a legitimate mode of transport, ensuring deadpan expressions remain the look du jour (therefore avoiding unseemly laughter lines), the mighty, mighty beard to name but a few, what we visually impaired folk have to get down on our knees and praise the hipster overlords for is the acceptance, nee, reverence of the humble pair of glasses. My second pair of (the first being the standard abomination that kids are given when the optician has their own opinion on style and therefor not worth mentioning) were so teeny tiny I may as well not have bothered wearing them. The lens basically covered my pupil, the rectangular frames were as wire thin as can be (in a fetching shade of maroon, to match my newly acquired secondary school uniform) and they were so tight around the ear area I got tension headaches nearly every day. I loved those suckers! My next pair weren’t nearly as cool, being hastily bought replacements when my stylish wire pair split in half – the tears! – but they were far more durable and actually ended up serving me well until the end of my school days. Of course, I never wore them out and about in public – the thought of it! Boys don’t make passes at girls who wear glasses, obviously – so the fact that they were only popped on in the classroom and watching TV meant they really did last the distance.

Then the mid-noughties happened and boys wouldn’t make passes at girls who weren’t wearing glasses (hence the weird trend for non-prescription spectacles) and there was no need to hastily whip off the buggers when there was a camera or a handsome stranger in sight. What was even better was the glasses were HUGE, which meant no more turning your entire head very time you wanted to look left or right and the frames were lovely and thick, and easy to spot, avoiding any accidental sitting on them incidents, a very real problem in every glasses wearer’s life.

The great thing about the Great Glasses Revival is that there’s no sign of it abaiting. Gucci sent their models down the A/W15 catwalk wearing their specs proudly, designers like Victoria Beckham and Marc Jacobs have put their glasses ranges front and centre in their campaigns, fashion influencers like Kristen Stewart and Eva Mendes have fronted lines and more and more icons of the stage, screen and catwalk are wearing them on the red carpet. Yes, the hipsters did it first, and have at this stage probably thrown them away in disgust and moved on to the monocle (or a lensless pair of doughnuts maybe?) but I say long may the glasses reign continue.