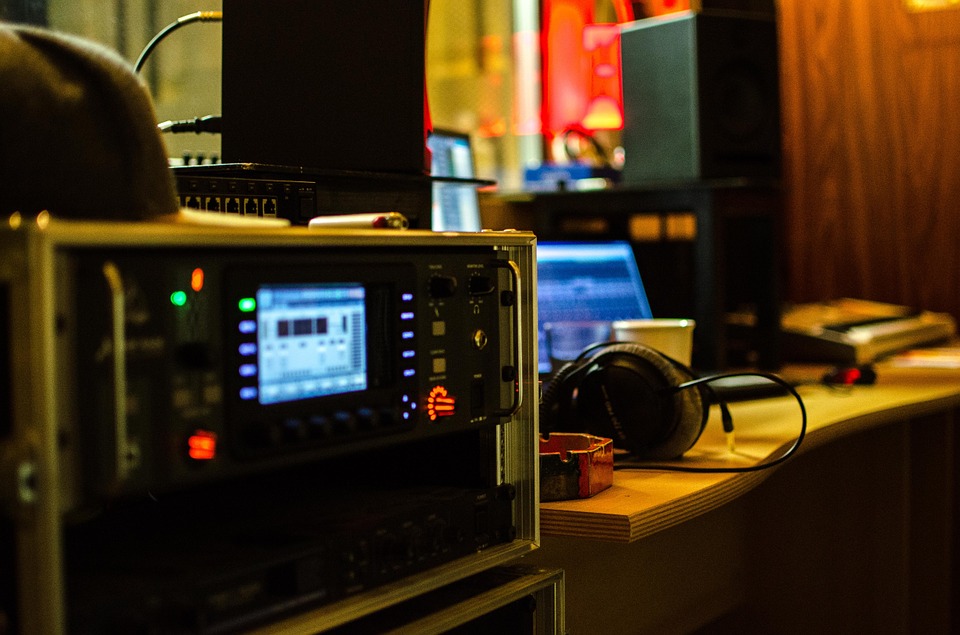 So you’re finally getting to record the song of your dreams? Great. Whether its a home professional setup or a high end production facility, the studio environment is one of the most fun and creative places for a musician/artist to be in. However, without the proper approach it can become the stuff of nightmares!

Here are my 5 top tips to become at one with the studio:

1. Make some Room!
Recording in a pleasant sounding room is very important. Acoustic treatment, if setup correctly, will always help but you don’t want to rely on this alone. For example, if you’re setting up drums, walk around the space hitting the snare listening out for the ‘sweet spot’ in the room. This will give you a good indication as to where you should put the kit for recording. In addition to the sound of the room, creating the right ambiance is also key. This can be achieved through hanging up thematic artwork related to the record, mood lighting, comfortable floor rugs etc. Basically you want to create an atmosphere where everyone feels both at ease and inspired.

2. Make a Schedule
Put together a conservative plan of what you want to get done for each studio session. Leave enough time aside for any problems that may occur (and often do) during the day. If band members don’t need to be there for certain parts of the session, then at least give them the option of heading off somewhere for a few hours. Too many idle musicians in the studio at one time can lead to tension and general distraction.

Making a schedule is also vital as it gives a timeline of clarity on what needs to be completed and when it needs to be done by.

3. Make a Decision
Never leave things up in the air. Be decisive.
In my experience, many bands have sabotaged their own albums by not being decisive enough especially when it came to the final parts of the recording/mixing process. “Do we need a twelve string for that part? Should the cowbell have more reverb? Should we include the backwards guitar loop?” The answer is always “make a decision and get the track finished”.

4. Always Listen and Make Notes
Make sure you’re actively listening to whats been played back through the studio monitors. If there are parts that you like or maybe have to be redo then quietly make a note of it and confer with the group/producer when playback has ended. Try not to focus too much on looking at the computer screen. close your eyes and use your ears to really listen in on the mix.

5. Fun, Fun, Fun
As the Beach Boys once described in song three times over, fun should be at the heart of everything we do. The same goes for being in the studio. Its easy to get caught up in the stresses and strains of trying to nail that perfect take but once and a while you have to be able to cast an objective eye on proceedings and see the experience for what it really is. Don’t be afraid to smile and joke around when the time calls for it. Its very difficult to be creative if everyone has a frown on their face!

Eoin Dolan is a singer-songwriter and producer from Galway City on the west coast of Ireland. He released his debut EP ‘Placid Ocean’ in September 2014 and has since played a string of high profile gigs including the Breaking Tunes Music Trail, the Hard Working Class Heroes Festival and the MTV Crashes Cork Music Trail. In 2015 he joined independent record label Citóg Records.

His music blends the sound of an endless summer with an easy going nostalgia to create a repertoire of surf/folk/pop songs that echo Brian Wilson, Syd Barrett and John Lennon. His song writing is steeped in the imagery and atmosphere of a vintage seaside town and his heart breaking melodies, reverb drenched vocals and gentle instrumentation call to mind some of the sadness and beauty of 1960s surf pop.