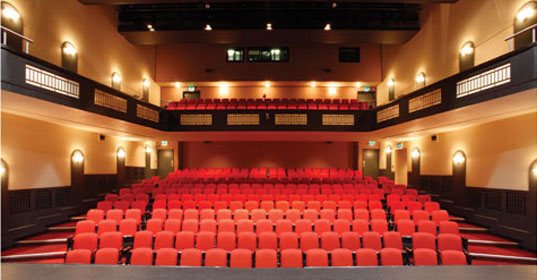 As Galway gets in shape for the 2020 bid, the City’s independent theatre scene continues to thrive regardless, constantly re-forming, re-imagining and re-invigorating itself in all sorts of shapes and sizes around Galway City. A win as European Capital of Culture 2020 in conjunction with its Croatian counterpart could mean a lot of things to a lot of people here as well as there. Its success could bring a much-needed profile on Galway again and re-establish it as a one of the great European hubs for the Arts and for Culture. Time will tell. But what will all this mean for current theatre making in the West of Ireland? Have events like this ever influenced our potential to make great theatre in the first place? Have they allowed artists to think bigger or merely cast a lens on our already exciting creative eco-system?

The Diskin Review intends to chart new work happening in the West of Ireland, inform its readers of up and coming theatre events to look out for and to allow further insights into Galway’s unique theatre community, a wild melting pot of ambitious theatre makers, well-armed wordsmiths and creative technicians continuously striving towards new and thrilling ways of creating theatre. The Diskin Review is named in memory of one of the great promoters of theatre making in the city and a true champion of the Arts in Galway, Mike Diskin, who passed away in March 2012.

On the tails of the recent recession, which saw a number of severe cuts across all arts forms, we’ve seen the resilience of many theatre practitioners in what often looks like a hopeless situation. There has been losses certainly, dramatic ones at that. Many great companies have folded in the despair of elusive funding opportunities, actors have left in droves to London and further afield and many theatre makers are being forced into jobs, which often end up destroying their creative outflow. But in spite of all, Galway still remains a vibrant place to make theatre and the capability of adapting to circumstances, both to the spaces available and to situations presented is what makes theatre making here so enjoyable both to make and to watch.

In the coming articles we’ll have an interview with actor/writer/director/man of the hour Luke Morgan who is currently just doing about everything a man can, from organizing Galway’s Theatre Room to preparing for The McGowan Trilogy by Seamus Scanlan at the Town hall in August in which he played the psychotic Victor M. Ahead of his Galway Fringe appearance with the hilarious The Man From Moogaga, local improve impresario Connor Geoghan caught up with the comedian, actor and full-time rabble-rouser Aindreas De Staic about his summer vacations, The Latchikos and all things Moogaga. Sarah O’Toole from The Galway Actors Workshop will be giving budding actors and trained veterans some new tools for their acting arsenal and we’ll be rounding some theatre treats coming to Galway over the end of our summer/monsoon season.