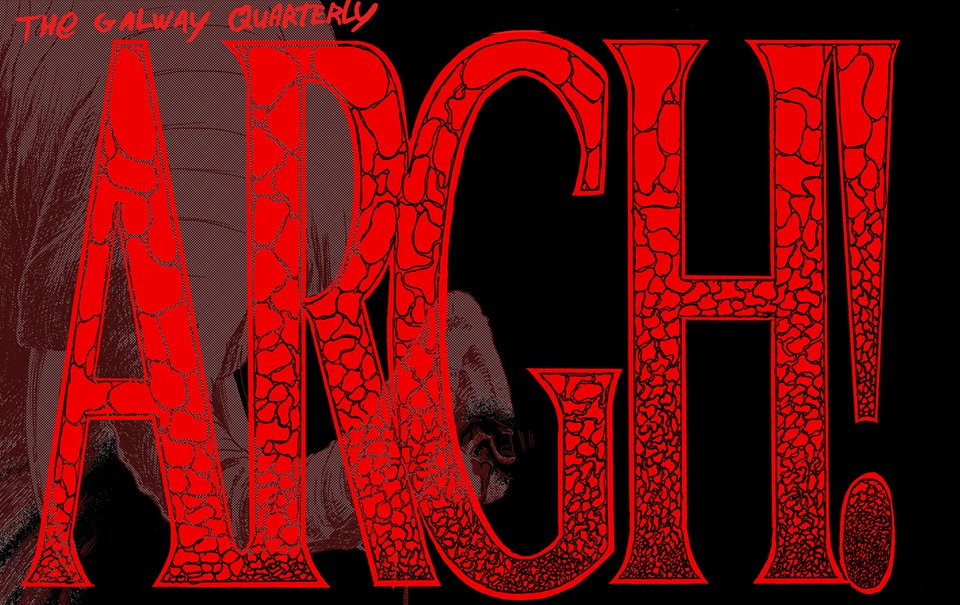 ARGH! is a short comics anthology put together by a group of Galway-based artists and writers. They meet regularly to share their work and discuss topics for the next issue. I recently spoke with the team to find out more about their group. The core team is made up of five authors: Brian Naughton, Sean Gorman, Darren Coleman, Liam Naughton and Joshua Keane.

How often do you guys meet?

We have a meet-up every month where we share work, talk about comics and generally goof around a bit.

Do you currently have any other projects on the sideline?

Yes, we publish anthologies of short comics too when we can manage it.

When is your next event?

We are having a get-together in the Blue Note at 7 this evening. It’s an ARGH of a time that we’re going to have and we’re really looking forward to it.  We’re going to be showing some comics, talking about comics, doing some comic-y… Things. And, and… just having a grand old time. If you make comics, want to or just have a vague interest then come on down. It’ll be a laugh and new contributors are always welcome!

The team  have provided me with some fun facts about the authors, listed below; and some have included their Facebook, Tumblr and Twitter links.

SEAN GORMAN:
Sean Gorman writes comedy songs, tells bad jokes, drinks and can sleep in a ball like a cat.

DARREN COLEMAN:
Daz Keathy (Darren Coleman) gets over his dislike of social circles to join the first issue of ARGH!
And to fill the last nine words, BUM FLUFF!

Darren also has a Facebook – And Smackjeeves! – And Deviantart?

LIAM NAUGHTON:
Liam Naughton is the author of Showa, The Living Thirteen and other various shorts. He’s a cool guy who makes you feel younger, and vindicates you in your life choices.
Though responsible and steadfast, he must not be given any modicum of power under any circumstances.

You can find The Galway Argh! on Facebook or you can email them at GalwayArgh@gmail.com.