Theatre On the Edge 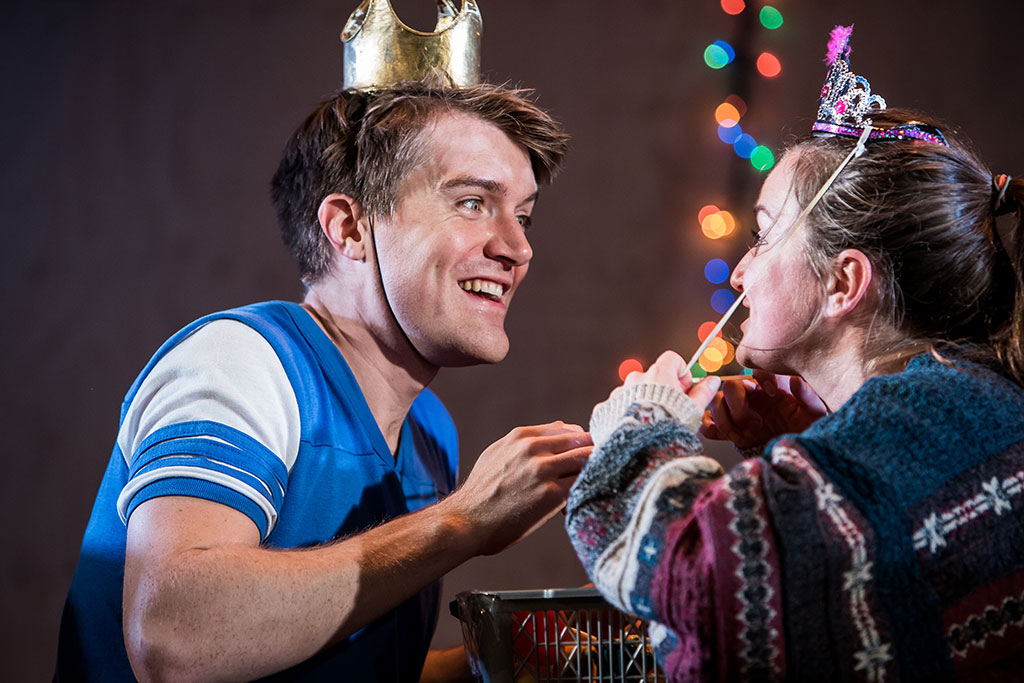 The Town Hall Theatre, celebrating 20 years (1996 – 2016), are coming towards the end of their year which sees a dedicated theatre series “Theatre On the Edge” running from Monday September 26th – Saturday October 15th.

Having originally Launched the new THT with a world premiere of Druid’s production of The Beauty Queen of Leenane by Playwright Martin McDonagh Directed by Garry Hynes, the THT 20 years on together with Druid premiered “Beauty Queen” This September with a new cast, a new coast to coast tour in the USA and touring to Singapore Hong Kong.

Looking outward while being on the edge has its advantages. Galway city is aplomb with Festivals with a national & International viewpoint. Galway International Arts Festival highlighted being on the edge of Europe for extraordinary experiences, Food On The edge looks at the future of food and bringing world class chefs to the city for a food symposium this October. The Galway Theatre Festival programmes performances from all over Ireland with deep routed connected to the grass roots artists of Galway, and not forgetting Galway’s 2020 European of culture designate City aim to Make waves between now and then in Galway and throughout Europe.

What the THT offers its audience is a new fresh line up of Theatre Makers, Practitioners and primarily a new generation from outside Galway touring to its main space or studio space.

The Theatre on the Edge series is bookended by two modern Irish classic’s in Disco Pigs by Enda Walsh and The Good Thief by Conor McPherson. Both Walsh & McPherson have had considerable success in the passing twenty years, and are widely know as two of the best playwrights of their generation.  These two productions are given new life and energy by firstly Disco Pigs directed by Cathal Clearly. Cleary’s production which was awarded The JMK Award in 2011 by The New Vic Theatre, London (Gives a director an opportunity to present a classic text at the New Vic). Disco Pigs comes with a big reputation, and I feel this production offers raw energy in abundance. A very clever set design by Chloe Lamford that seems reflective of Walsh’s The Walworth Farce , where there is an engrained need for continuous storytelling amongst the main characters to survive in what is ultimately a claustrophobic and chaotic world. McPherson’s The Good thief is on tour featuring Cally O’Connell directed by Conal Kearney. The Hit of the monologue play by McPherson (Rum & Vodka) and the Dublin Centric of his work portray still that his plays are regularly performed on tour, and on the amateur dramatic circuit in Ireland.

What follows is Scorch presented by Prime Cut productions from Belfast directed by Emma Jordon, written by Stacy Gregg and featuring Amy McAllister. Scorch comes highly recommend and with awards in hand. Winner of Irish Times award for Best new Play & Winner of The Writers Guild of Ireland, Zebbie Best Theatre Script Award. For me this is the stand out show of the theatre on the edge series. A touring production of high quality that’s both the risk of situating its audience on the Stage of the main auditorium, in the round for 55mins. A contemporized look at gender norms, and gender binary in the search for love and relationship. With simple but effective design by Ciaran Bagnall, we are brought through Phone conversation, skype calls and text messages with colour coded flourish that assist the performer who situated herself among the audience as the story unfolds.

Orla Murphy’s Remember to Breathe and Sunday’s Child Overshadowed at planted at the centre of the programme. With two female leads both stories reflect on family relationships. Liz Fitzgibbon’s Maeve in Remember to Breathe is struggling to define her life as she descends on Christchurch, New Zealand, looking for a new start to life, but still trying to deal with her relationship with her father back home. A familiar story to most as a generation who have emigrated over the past 10 years. While this production was written and directed by Orla Murphy, I found it could have done with an outside eye in terms of technical coordination throughout the production. A note to a very strong and dynamic performance by Raymond Keane as the father, who captures the spirit of living rural Ireland.

Overshadowed by Eva O Conner hailed by a Dublin Fringe Award for new writing in 2015, and rave reviews from Edinburgh Fringe festival was hard hitting drama, astute acting and performance by the complete ensemble and deserves sold out shows around Ireland as it is currently on tour.  Highlighting themes of Anorexia and addiction it is refreshing to see a bright new company being brave with choices of new writing and also getting supported by the like of the Town Hall Theatre to give an opportunity for this type of work to have an extended life beyond festivals.

Having not got an opportunity to see the last two productions of the theatre on the edge programme (The Good Thief has just been cancelled due to unforeseen circumstances), there is an exciting debut from the new theatre company from Galway Cácá Dána Theatre Company as it presents All the World’s a Cage, a devised piece by Niamh Ryan, Katie Reid and Marie Hegarty at the THT Studio until 8th October.

I am reenergised by the theatre productions that are on offer here in Galway city with thanks to the Town Hall’s programme of The Theatre on The Edge.

If I have been reminded by anything over my engagement with Theatre on The Edge series is the world theatre day message for 2016 by Anatoli Vassiliev a Russian Theatre director – “What is it able to tell us? Everything! Theatre can tell us everything. And we need theatre that always remains different.  We need theatre of many different kinds.”