Tribes of Galway: The Tourist 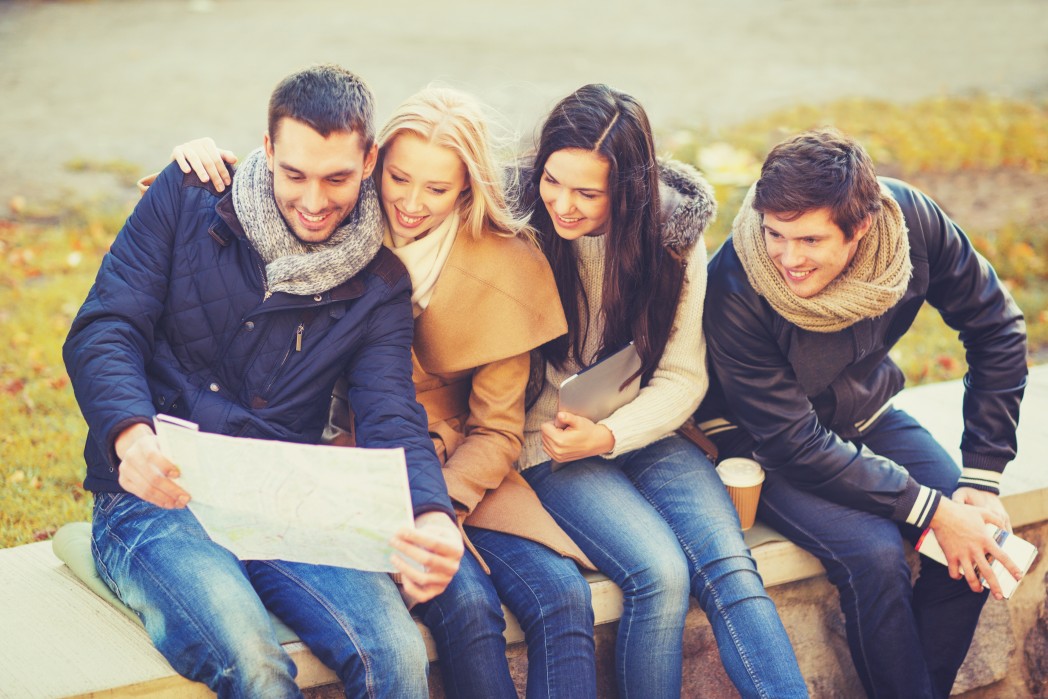 Galway isn’t lovingly monikered City of the Tribes for nothing y’know. In days of yore the merchant families Athy, Blake, Bodkin, Browne, D’Arcy, Deane, Font, Ffrench, Joyce, Kirwan, Lynch, Martin, Morris and Skerrett ruled the roost, later being memoralised in the most reverend and dignified way possible – by naming the city’s roundabouts after them.

Their power is long gone, and new tribes have begun to emerge – style tribes. In this series we look at those groups who bring colour and character to the city and county, and turn our focus to The Tourist Tribe, that set of overseas out-of-towners we can thank for giving life and sustenance to the B&Bs of College Road and Salthill.

This tribe comes in a number of sub-sets, including large groups of Spanish students and smaller family units, invariably consisting of 2.4 very polite and neatly presented children. They come from all over the world to descend on our humble city and the beautiful countryside that surrounds it, bar the visitors from the good old US of A, who have formed a tribe all of their own (but that’s for another day). Be it autumn, winter, spring or even what we call summer, The Tourists will be clad in a black bomber jacket or a sensible windbreaker, narrow straight-cut jeans, either walking boots or slim black trainers and one of them will be carrying a Faller’s Sweater Shop bag stuffed to overflowing with Aran knits.

There’s also nearly always a scarf involved, a pair of sunglasses perched somewhere on their person and a handy little brolly tucked away into their sensible but stylish hold-all. These tourists are well versed in the legends of Galway’s unique weather system and have come prepared. While we natives strip down to our t-shirts and whip out the sandals at the first sign of sun (even if the temperature is reading 6 degrees, if it’s still bright past 7pm bare skin is fair game), The Tourists will remain steadfast in their layering game. You won’t find an impractically dressed member of this tribe, oh no.

The younger set may accessorise their outfits with two-three bottles of craft beer, picked up from Centra to bring back to their hostel for a bit of pre-gaming before hitting one of the pubs for some trad. Their outfits have a day-to-night quality; the women won’t be bothered with heels and will stick to their stylish flats, adding earrings to liven up the ensemble for the night out. And considering this tribe is an exceptionally good looking one, that’s truly all they need. They may be persuaded to part with their sweaters in favour of a t-shirt, but it’s usually in a plain but well-fitting style, and again paired with their trusty denims.

We may not speak the same language but communication between this tribe and the locals is a beautifully nuanced thing. One of their number is usually nominated to be the designated ambassador, and often the simple task of asking for directions will lead to plans to meet up later that day for a tour of Connemara (or a tour of the best public houses in town). This often leads to what we like to call ‘the craic’, being a great opportunity to introduce our new pals to the best that Galway has to offer in the vein of music and arts. The Tourist is an invaluable member of our city’s tribes, and certainly one we can look to for inspiration on how to dress for your holliers. But sure where would we be going to when we have all that we need on our very doorstep!