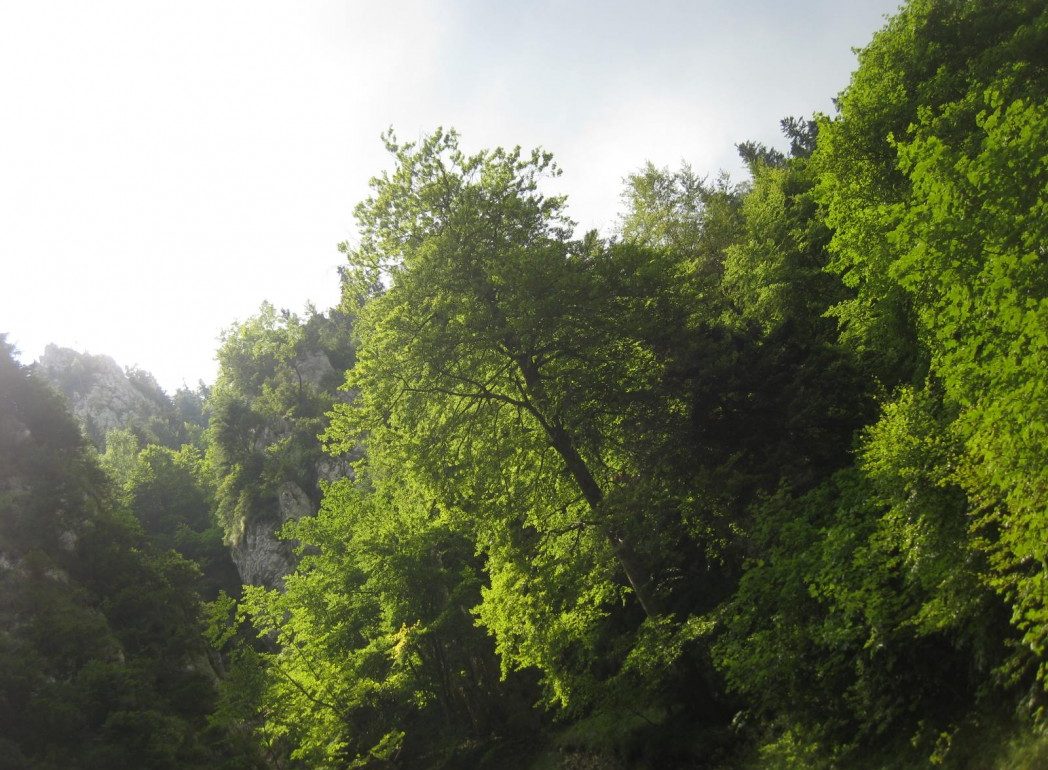 I am always drawn to the idea of being in nature that’s relatively undisturbed by human activities. Not just because these places are less affected by urban development, intensive farming, pollution, forestry etc. meaning great beauty, adventure, and more habitats and species for us to identify and explore, but, also because wandering in these places often reaches out to, and drags out, the wildness within our own species – the wildness within our soul.

This summer I had to visit Romania because I learnt that this country has unique, well-preserved, high biodiversity farmland; a type of landscape considered threatened in Europe, and because I wanted to see the Carpathian Mountains, which are dark and mysterious, have the highest percentage of virgin woodlands in Europe, and are home to brown bears and gray wolves.

I spent most of my time WWOOFING on an organic farm in the foothills of the Eastern Carpathian Mountains in the southeast of Romania; in awe of the abundance and diversity of native bee species, butterflies and other insect pollinators around the farm, as well as a few days in Transylvania, where I had the opportunity to hike unbroken forests between the Piatra Craiului National Park and Fagaras Mountains, a research area for bear and wolf populations.

On my hike I passed alpine meadows so alive with insects and colourful wild flowers such as Chicory, Meadow clary, Yarrow, Scabious, Common centaury, St. John’s wort, Lady’s bedstraw and a lot of Daisies! There are still very traditional farming practices in Romania today, so agriculture is very much in harmony with nature, with plenty of wildlife on farmland. And pesticide and fertilizer use is not widespread because of their expense. I passed through a village where I discovered many people work as professional shepherds. In spring, the shepherds put sheep and cows together and bring the animals to meadows in the mountains for grazing. They normally harvest hay in June/July and August/September, and return with the animals after hay is harvested. Hay and cheese making is the main type of work in villages within this area (between the Piatra Craiului National Park and Fagaras Mountains), and they often wrap cheese in fir bark; collected by shepherds, for the flavour.

There are 2 deer species in the park; Roe deer and Red deer, and there are Chamoix living higher up in the park – a species of goat-antelope that’s native to mountains in Europe. There was a place that I saw high up in the slopes; rocks covered in grass, where Carpathian brown bears will hibernate in winter until late spring/early summer. Romania has the second largest population of brown bear in Europe; about 6,000 in total, and there are about 30 bears currently living in the Piatra Craiului National Park.

There are two other large carnivores that you can find in the national park – Eurasian lynx; about 6/7 individuals which are rarely seen, and the gray wolf. Romania has about 3,000 gray wolves, and there are 2/3 packs (2-6 wolves per pack) living in the Piatra Craiului National Park. Before I went out there I thought everybody in Transylvania gets to hear wolves howling at night, but, to my disappointment, somebody told me it’s not that common.

I either saw or heard some of Piatra’s bird species – a Jay, Raven, House martin, Peregrine falcon, Kestrel, Alpine swift, White wagtail, Grey wagtail and Green woodpecker. It’s the Wall creeper that birdwatchers really want to see. There are Common lizards, European vipers, Green lizards, Common frogs, Carpathian newts, and Salamanders for reptile- and amphibian-lovers. I really enjoyed watching this one Yellow-bellied toad that was floating in a pond.

I am forever grateful for this day, and for my entire adventure in Romania. I just love the wild species and pure wilderness that’s associated with this country. This piece isn’t focused on Galway’s wildlife at all, but, again, more to do with the value of wild places for nature’s sake, and for our own self-interest and enjoyment. Establishing protected areas such as national parks and nature reserves is really important in conservation, and one of the most effective ways to preserve overall biodiversity, and leave wild places undisturbed.

There are over 100,000 protected areas in the world today (about 13% of the Earth’s surface), but, of course, the question is how long will these protected areas remain undisturbed in an ever changing world….

All images courtesy of Jeanne Sampier