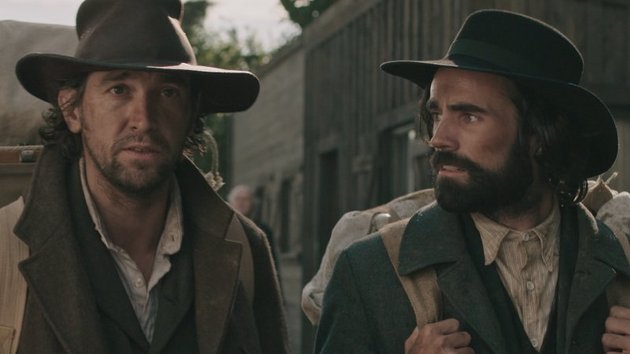 The quite perplexing news emerged recently about Irelands submission to the Oscars for Best Foreign Language Film.

It is in Spanish.

‘Viva’, directed by Paddy Breathnach, written by Mark O’Halloran and set in Cuba, tells the story of an 18-year-old Cuban who works at a drag club but dreams of making it on stage himself, to the chagrin of his father who (of course) has just been released from prison.

It qualifies as an Irish production due to murky Oscar rules and the nationality of the director, which seems to be one of the main factors in these decisions. Further investigation reveals support from the Irish Film Board and RTÉ, it is produced by Treasure Films based in Dublin, and post production is from Windmill Lane, also in Dublin. Ok, I’m satisfied.

But it would be nice to see some more active support for Irish language productions. ‘An Klondike’, the Irish western screened on TG4 earlier in the year as a four-part series, was amended to movie form and put forward for consideration to be Ireland’s submission to the Oscars.  Dealing with the Connolly brothers from County Galway and their exploits in the Klondike at the beginning of the gold rush, it is presented in a mix of Irish and English, reflecting the mix of characters in the show.

I watched it as a four-part television show on TG4, and I thought it was brilliant. It was filmed totally in Ireland, mainly in and around Glengowna Mine near Oughterard, and this vicinity stands in very well for the Yukon at the turn of the 20th Century. It is well acted, and for people familiar with Galway, there are a few local characters to spot as extras in it, which is fun. But it was filmed as a television series, and adapting these to movies is undoubtedly problematic. (There is apparently a different ending on the film version, unfortunately I haven’t seen it.)

What is also undoubtable is the pedigree of ‘Viva’. Paddy Breathnach’s ‘Shrooms’ was great fun, and I am a huge Mark O’Halloran fan, both as an actor and a writer. He wrote and starred in ‘Adam and Paul’ and also appears on screen in ‘Viva’. (He has also previously worked with Lenny Abrahamson, whose new movie ‘Room’ has considerable Oscar buzz in major categories.)  To be honest, ‘Viva’ is the kind of movie that is right up my alley, and I can’t wait to see it.

But wouldn’t it be fantastic if an Irish language feature won the Oscar? It would be a great showcase for the language, never mind the Irish movie industry, and the country in general.  Offaly County Council have set up a Film Commission to ‘foster creative and resourceful filmmaking in Co. Offaly.’  This fund has helped produce numerous shorts and features, including probably the greatest short film I have ever seen.  Couldn’t something similar be set up by the Irish Film Board to nurture and support Irish language filmmakers countrywide?