Review of “Wake” by No Ropes Theatre Co – by Annie McMahon 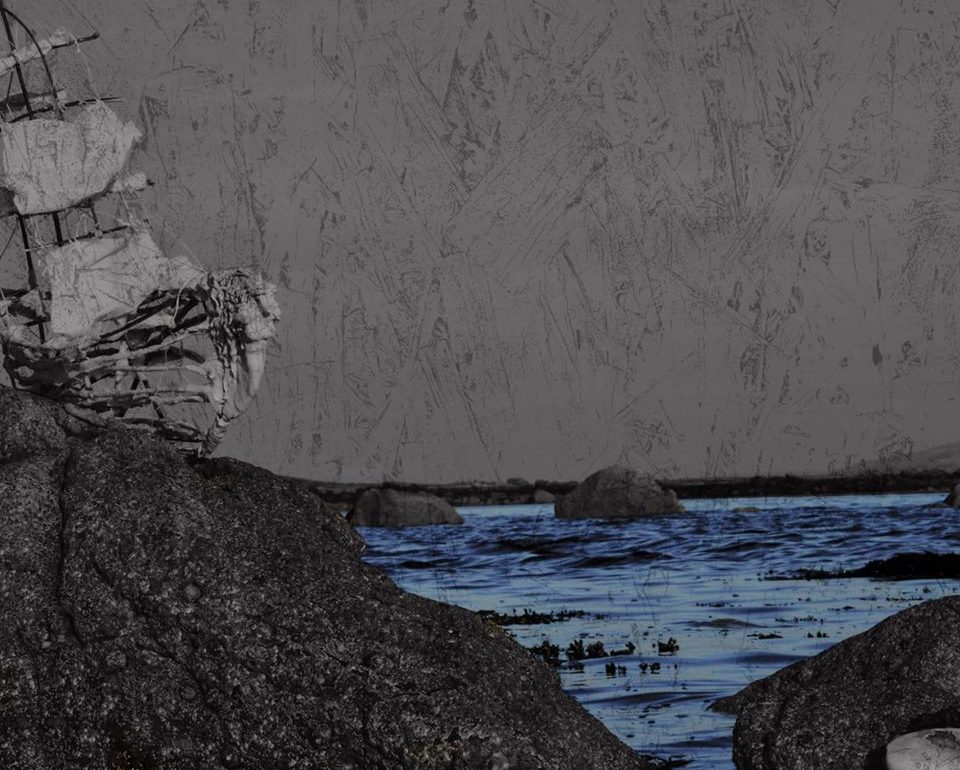 Mara (Orla Ní Thiobraide) and Caitríona (Tara Breathnach) are sisters torn apart by a mystery – Mara has been missing for almost a year, gone with almost no trace. While Caitríona tries to move on in the wake of her sister’s disappearance, Mara is stuck wordlessly watching her sister ravaged with grief and the guilt that she might have missed a sign of Mara’s suffering while they were together.

“A feminist retelling of Hans Christian Andersen’s The Little Mermaid” is the catchy one-liner selling No Ropes’ Wake. This statement, while striking, does not quite capture the true strengths of the production. As an adaptation, writer Deirdre Sullivan has blended two versions of The Little Mermaid: the story of Caitríona and Mara, in contemporary Galway, told mostly through a representation of online messaging, and an abstracted old west of Ireland fishing village story of a bitter old woman trying to care for a mute, but excitable girl, who falls in love. Where Sullivan’s script nods explicitly to feminism, it is with either a derisive and clunky humour or a severe poetic darkness. John Valters Paintner is functions as the male presence on stage, standing to the side for most of the piece, looming over the stage with an aggressive silence pressing down upon the women. This symbol of an oppressive man is not the most subtle imagery, but is effective in delivering the feminist message the production is eager to project.

Where the play triumphs in terms of feminist representation is in the natural conversations between sisters, arguing about food, clothes, jobs, family strife and sketchy boyfriends. This connection, built up beautifully by Tubridy and Breathnach, is funny, charming and playfully realist. The script occasionally dips into performance poetry, which feels falsely intense in Breathnach’s otherwise dynamic and emotionally resonant performance. Ní Thiobraide’s charisma shines throughout, nearly enough to outshine the metallic aquamarine dress that screams “mermaids” just a little too loudly. Her performance was often childlike, with a clear story-time voice sailing elegantly through the words, occasionally as Gaeilge. This weaves together a character so naive, so much the younger sister, that it makes the grief of her tragic story as the Little Mermaid heavier still. Peter Mannion’s ethereal score and sound design fit perfectly into the productions darker tones. With scenes back to back where the characters change roles drastically, there is an attempt at movement work during the transitions. The choreography here seems somewhat confused but does make excellent use of Ní Thiobraide’s clear skill in movement. Dolores Lyne’s beautiful and rustic set provides a successful backdrop to the subtle and atmospheric lighting design by Blue Hanley.

Mairead Folan’s direction flits through thematic and formal changes a few too many times so that it feels lengthy and drawn out at times. Starting with an occult ritual, working its way through contemporary life as Galwegian women, the piece plunges into the frightening depths of an abusive relationship, familial grief and miscarriages. With large sections of an old Claddagh fishing village version of The Little Mermaid, and transitions making use of dance and movement work, there are so many styles of performance burdening the performers, although Breathnach and Ní Thiobraide’s do not seemed strained by this weight. The scope of the production is broad and ambitious. It does not always manage to tie the well crafted elements together seamlessly, but maintains an elegant balance of humour and sadness throughout that leaves you feeling personally bereft and completely enchanted.