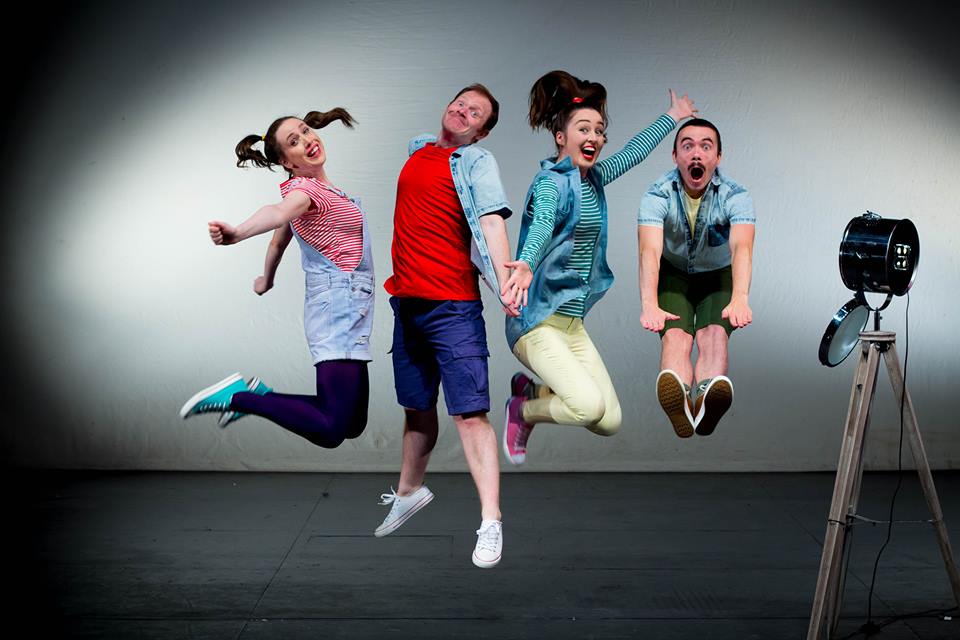 Peter is an actor based in Galway city. He has performed in national tours of The Weir, The Pillowman, The Dead School, (Decadent Theatre), Tape, Pleasure Ground (Fregoli Theatre), to name but a few. Most recently he performed in Galway Community Theatre‘s Town Hall production of Juno and the Paycock. He was awarded the inaugural Druid FUEL residency with ThereisBear! Theatre for his play ‘No Show’. He is also a writer and performs stand-up comedy.

Fregoli’s new show You Could Be Us comes to the Town Hall next week. Could you give us a bit of background on the show and what an audience could expect from it?

Earlier this year, I was approached by Fregoli about a new show that was being developed, with Jarlath Tivnan as the writer. It was going to concern things to do with performance, how we tell stories and the line between performance and truth. Where does one stop and the other begin? I said cool, I’d jump into that. It was gonna be about how these four performers tell their stories to a viewing audience and how much those stories develop over time and get corrupted and become different, about sincerity of purpose and sincerity of performance. So from that Jarlath started writing a script and we’ve been work-shopping it for the last couple of months and developing the characters. It’s been a really cool, fun process; very energetic and mad. This is the most in your face show, very colourful, vibrant, musical, all sorts! It’s a pinball machine of utter madness.

So how much of the rehearsals have been going into the room with a script and and sticking to it, and how much have they been free devising? What’s the balance of the two in the final product?

Well it’s kind of been Jarlath coming into us with big blocks of script. He comes with the story ideas and characters very well drawn, and we play out the scenarios for him to see what works and what doesn’t. We each have had input, and Maria Tivnan herself has had input into the overall design of the story and we’ve had input into our characters. At the heart of it all it’s Jarlath’s baby, his story and what he wants to tell.

And from previous shows that Fregoli have done, the most recent being Pleasure Ground last year, how has it been devising and working on a new project with the same ensemble?

Yeah, that’s something we’ve been keeping an eye on – on how much this is going to be different from Pleasure Ground. Because you know, the same four actors, but this time the characters are very different. We like challenges at Fregoli so we’re trying to push into new ways of telling stories. So this is as far from Pleasure Ground as you could possibly get. It’s been unreal, it’s been a lot of fun. A new script is always constant discovery. You really don’t know what way it’s going to go, how people are going to view it and take it, and you have to really keep an eye on how you’re telling the story as well.

In relation to the material that’s being used in the devising process, is it your own experiences you’re bringing to the show or are you presenting fiction as truth and trying to blur the lines between the two?

Well, the stories refer to very real things but have to be put into this other place to be able to view them anew. They have to be put into another setting. There’s a lot to do with bullying, self-image, social media, and to talk about that you have to put those stories in a new place to be able to really look at them to discuss them and dissect them. So that’s kind of what we’re doing here – it’s touching on a lot of different themes, but set in a fictionalised, heightened world. It is comedic, maybe blackly comedic, but the purpose is to come away having had a laugh and hopefully having the show stay with the audience at the same time.

That’s fantastic, it sounds vaguely like an episode of Black Mirror?

Yeah, if you could stage an episode of Black Mirror, it would come out something like You Could Be Us! It’s very unsettling because the stuff you hear in it is very close to home, but it’s this bizarre world you also don’t understand. So you’re kind of left feeling, “Jesus, how bad are things in the real world if I can understand this topsy turvy world?!”

It sounds like a wonderful show! When is it running again?

It runs from September 11th to the 13th in the Town Hall Theatre. People are gonna be coming away saying, “what the bloody hell just happened there?!” It’s gonna get a lot of laughs, at the heart of it its very funny. Very interesting things talked about but ultimately it’s meant to make people laugh, maybe not in the best of ways, it can be quite dark. But it’s funny, it’s vibrant. There’s kind of an electricity around Fregoli shows that this show does tenfold. It’s so energy filled, it’s brilliant!

It is such a trademark of Fregoli shows that you’re almost tired from watching them because the actors are so into it, in terms of physicality and emotion.

Exactly – there’s so much going on. Within the first ten minutes, the audience will just settle in going, “Right, I’m just gonna let this story take me wherever it wants to take me, because I have to sprint to keep up with it!” We want people to get in to see the show because we love telling stories. The whole point is that audiences get to come in and we get to tell them stuff! Every single one of us cares so much about that, almost more than anything else – we just want people to enjoy themselves!